It has been reported that multiple clubs are interested in signing Ajax midfielder Edson Alvarez. The Mexican international, who emerged as one of the best defensive midfielders in Europe this season, has gathered interest from multiple clubs including, Chelsea, Crystal Palace, and Leicester City.

Erik ten Hag’s side are enjoying an impressive season in the Eredivisie as well as in the Champions League. They are currently placed at the top of the Eredivisie and have conceded just five goals in 20 league games. Ajax have been similarly brilliant in the Champions League and would be looking to make their way to the quarter-finals. Reports have been claiming that ten Hag’s side are willing to keep hold of the midfielder. While Alvarez’s contract runs till 2025, Ajax might be tempted to sell the midfielder in case a suitable bid arrives.

Alvarez has made 18 appearances in the Eredivisie, scoring two goals and providing one assist. He has featured in five games in the Champions League group stages. The Mexican international gained ten Hag’s faith in the second half of last season and since then has been featured regularly in Ajax’s lineup. Although Leicester reinforced their squad with the arrival of Boubakary Soumare last summer, the Frenchman has struggled to nail his spot in the starting line-up. Rodgers could be interested in bringing a player in the midfield in the same mould as Ndidi, with Alvarez capable of playing the centre-back role as well.

Let’s take a look at his stats from the Champions League to gauge whether the Mexican international would be a good fit in Leicester’s midfield. 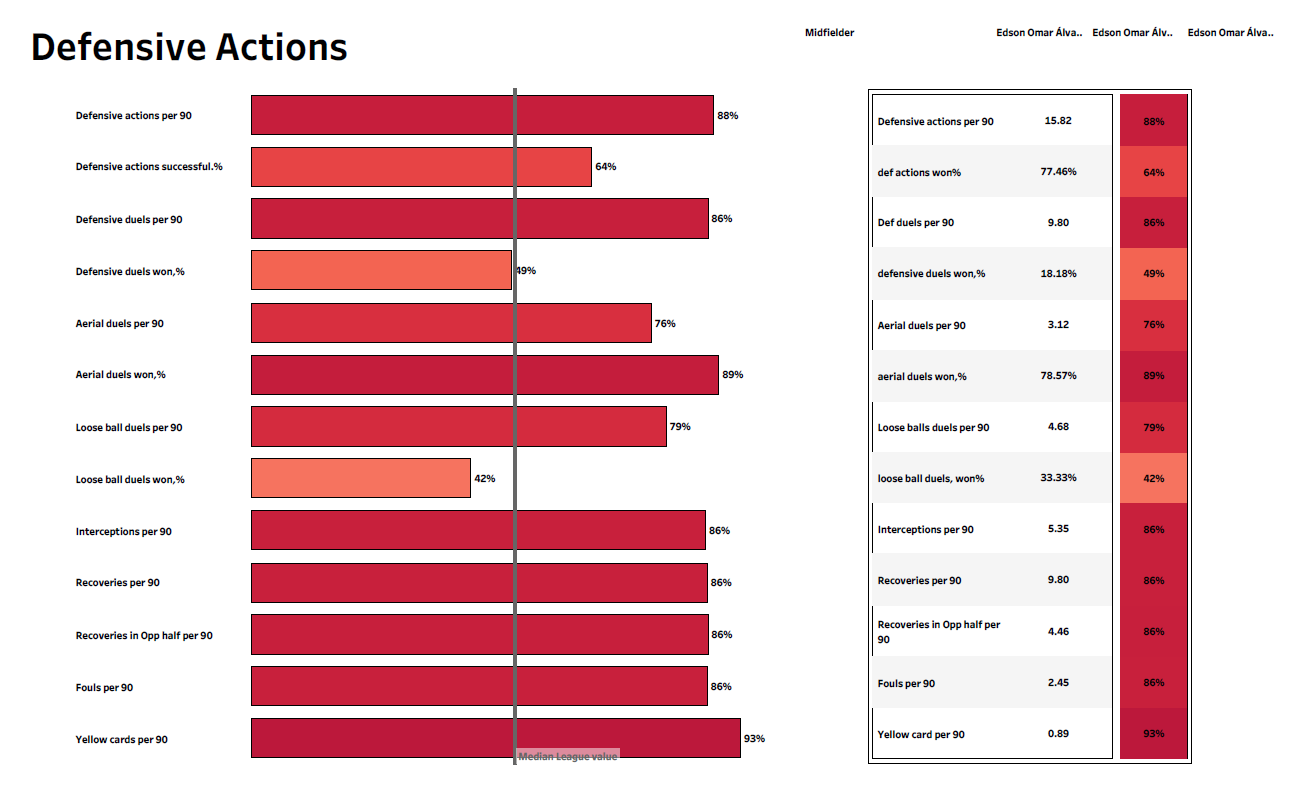 In the above viz., we can see Alvarez’s defensive stats from his five appearances in the Champions League. The Mexican ranks highly in terms of the majority of defensive stats. His most notable stats are defensive actions per 90, aerial duels success rate, interceptions per 90, and recoveries per 90. Alvarez is assured in possession and possesses impressive confidence on the ball. In addition, he is adept at dribbling and passing. He often looks to break the opposition pressing lines and progress the ball forward. He has averaged more than nine recoveries per match while also averaging upward of five interceptions per match. 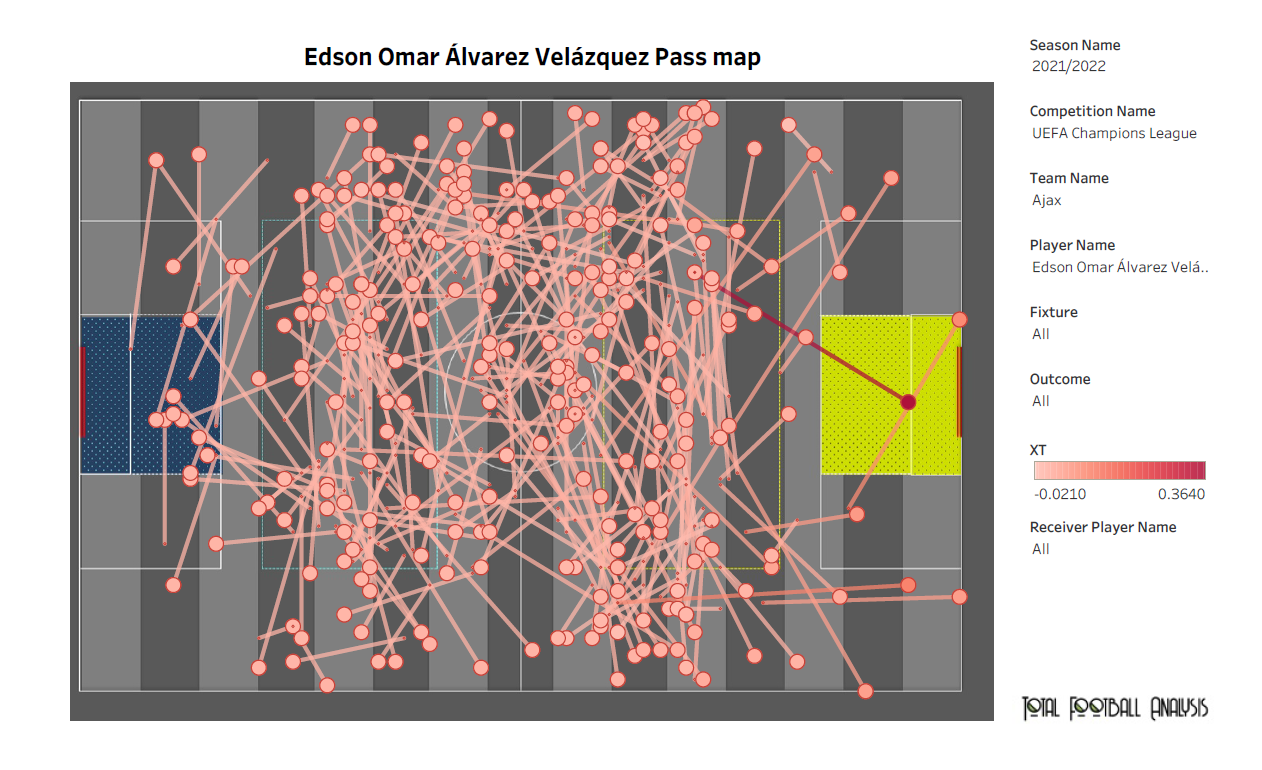 His pass map displays the areas of the pitch where he has delivered his passes. In the above viz., we can see that Alvarez has made his passes almost everywhere on the pitch. In addition, we can gauge that he has contributed heavily in both halves. The Mexican midfielder has been an important part of ten Hag’s system, as his impressive positional awareness can avoid his centre-backs from being exposed during counter-attacks. 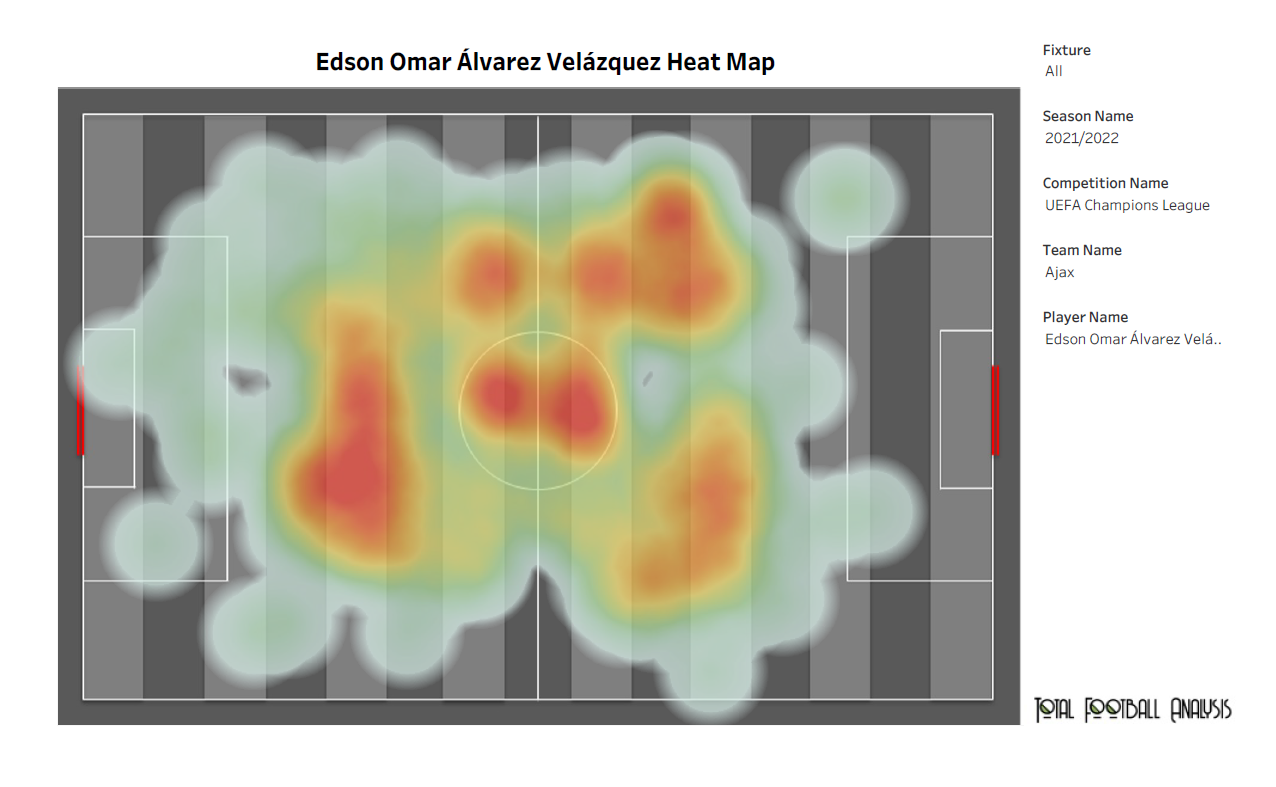 In the above viz., we can see the areas of the pitch where Alvarez has been most active. The red zones highlight his impressive work rate in multiple areas of the pitch. His speed and agility allow him to cover vast spaces on the pitch, plugging up gaps in his defense. In ten Hag’s 4-2-3-1 system, Alvarez occupies the role of a holding midfielder. His positioning, combined with his brilliant reading of the game, makes him an adept defensive midfielder. 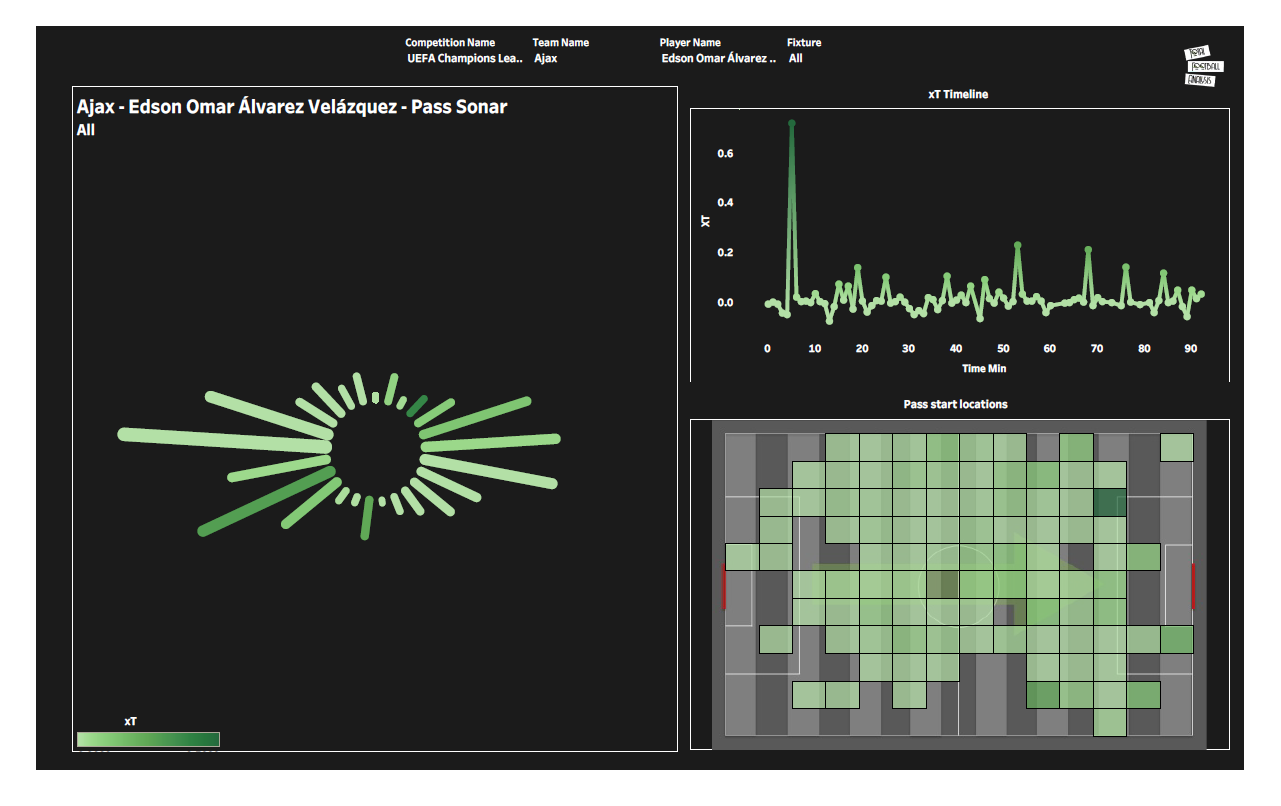 The above viz. outlines the direction of passes Alvarez tends to make and indicates his influence on the movement of the ball. It also highlights the threat associated with those passes.

Alvarez would be a brilliant addition to Leicester’s midfield. However, with multiple clubs lining up a move for him and Ajax’s willingness to keep hold of the midfielder makes a possible deal in January unlikely.