Brendan Rodgers is looking to strengthen Leicester City’s midfield by signing new players. The former Liverpool manager is targeting Manchester United’s youngster, James Garner, who spent a season-long loan spell at Nottingham Forest and helped them to promotion to the English Premier League. The 21-year-old midfielder spent the 2020/21 season on loan at Watford and Nottingham Forest. He played a crucial role in Forest’s promotion and has gained the interest of a few Premier League clubs. 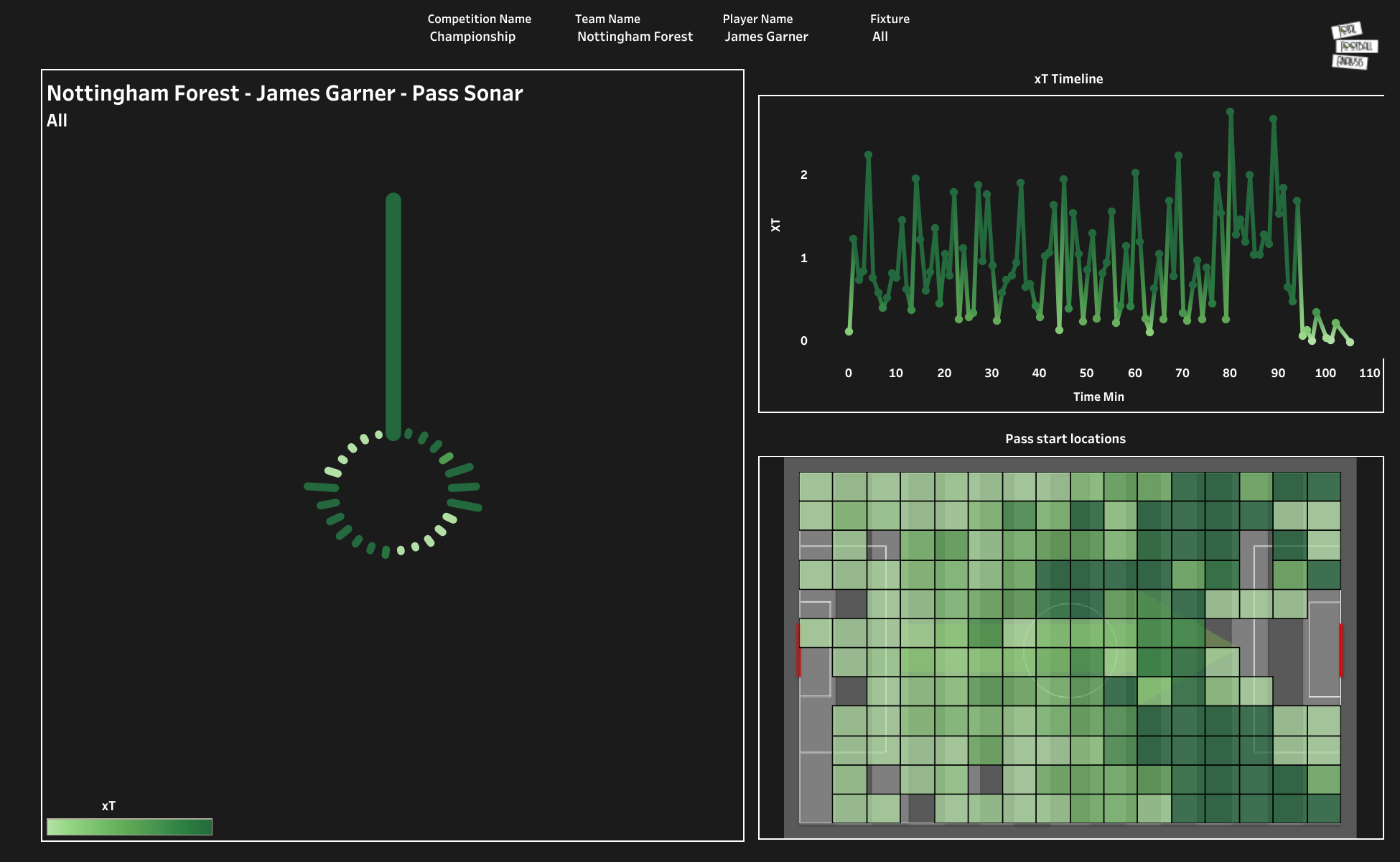 Garner made 44 appearances in the EFL Championship this season. He started in 39 matches and came off the bench in the other five. The midfielder netted four goals and also provided eight assists. The above viz shows the player’s current start location as well as the xT timeline of the player. Garner was active on the corner and other set-piece duties for Forest. His pass start location shows that the midfielder has covered every area on the pitch. The player has gone wide and has created the highest threat rate from passes. The xT timeline shows that his passing was effective throughout the 90-minutes of every match and created the highest threats towards the end of each match. 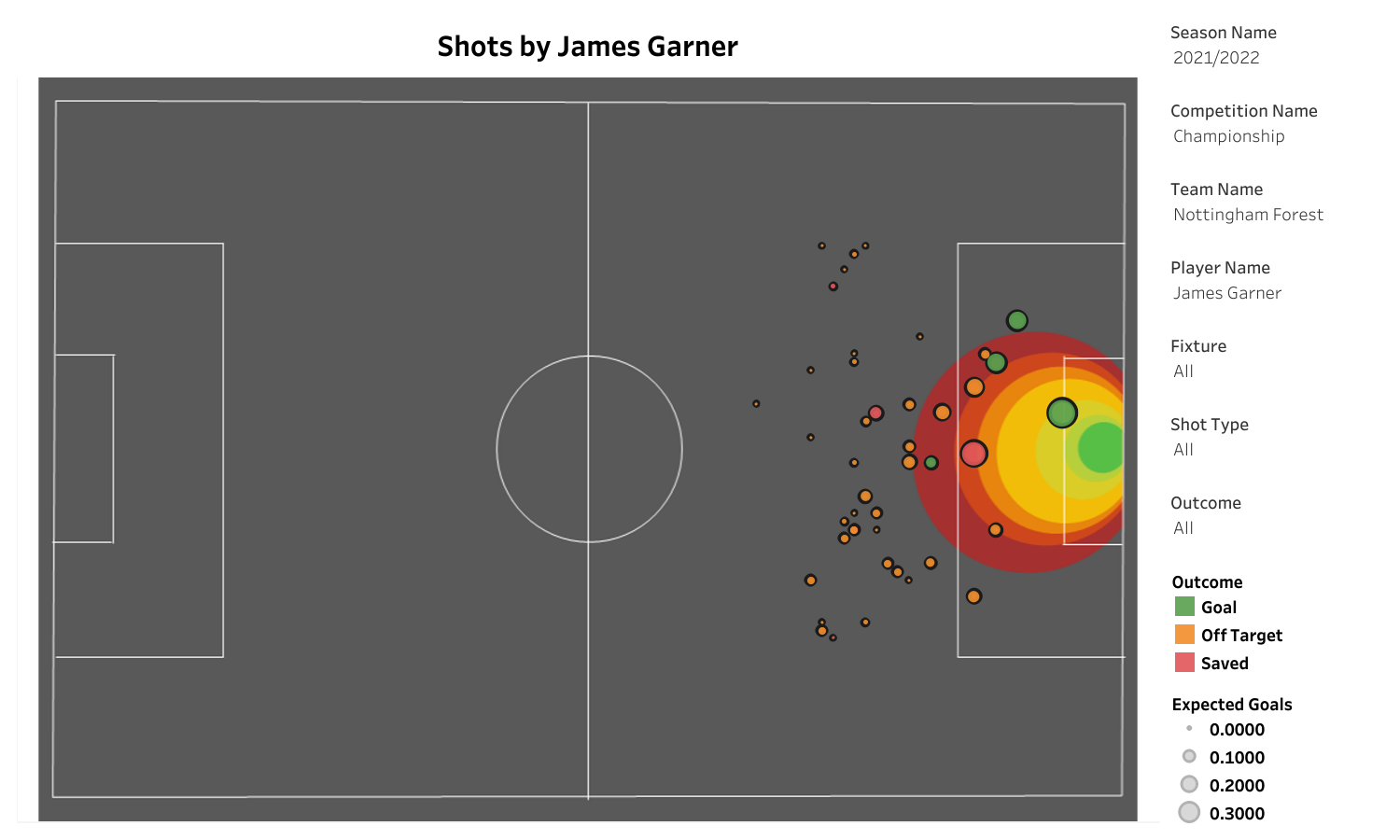 The Manchester United midfielder has also scored a few goals and created some threats with shots attempted in the 44 matches played. He attempted 44 shots and averaged one shot per match. Of these 44 shots, he managed to hit the target with nine shots. Only eight shots were attempted from inside the opposition’s penalty box, and he scored on three occasions. 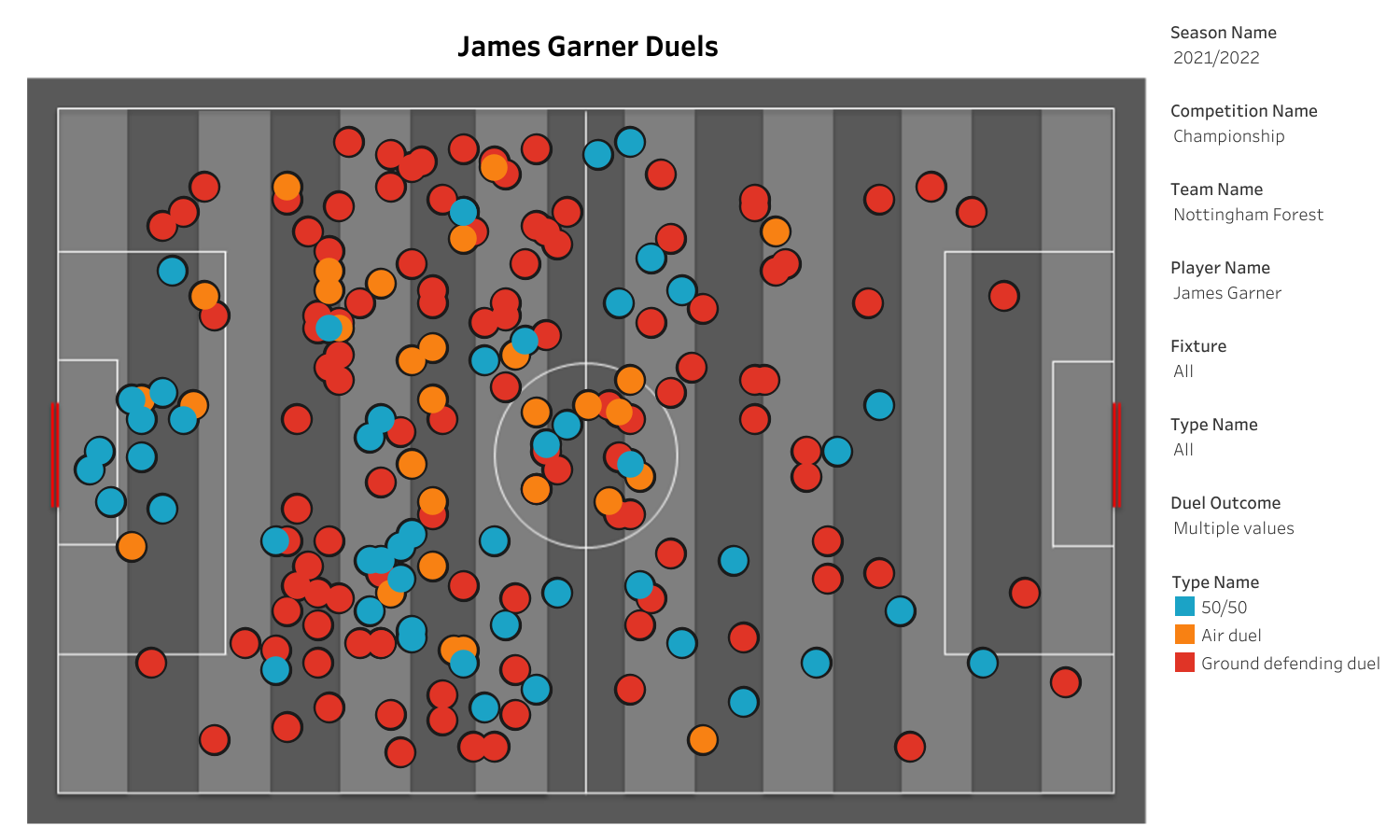 Garner played in a defensive midfield role. Since N’Golo Kante’s departure, Leicester City have failed to find a defensive midfielder who was as consistent as Kante. Wilfred Ndidi and Nampalys Mendy have played similar roles but have failed to impress like Kante. The above viz shows all the duels that were won or the duels that ended in a neutral result for Garner. He won a lot of defensive duels and loose ball duels. The player had broken the opposition’s play in the defensive third and had not allowed the opposition to create a chance or attempt a shot.

The Englishman also made a few interceptions throughout the season to break the opposition’s play. He made 164 interceptions and averaged around four interceptions per match. Most of the interceptions were made while contesting duels or while other players were on the ball.

James Garner has played for two seasons in the EFL Championship and has shown a lot of potential. Erik ten Hag will assess the player and could add him to the squad for the next season. If Manchester United opt to send him for another season on loan, then he is likely to be destined for another Premier League club instead of an EFL Championship club. Leicester City could be a perfect destination for the 21-year-old midfielder.