James Maddison is in red-hot form for Leicester City towards the end of the season. The English midfielder has helped the English Premier League side to reach the top half of the rankings after a poor start to the season. He is the main man behind their recent success by scoring goals and setting goals for his teammates. The 25-year-old scored three goals in May and provided two assists before the commencement of the last game. He failed to score a goal in April but provided three assists. Here are some of the stats that show his contribution to his side’s run to the top half of the table after a poor start to the season. 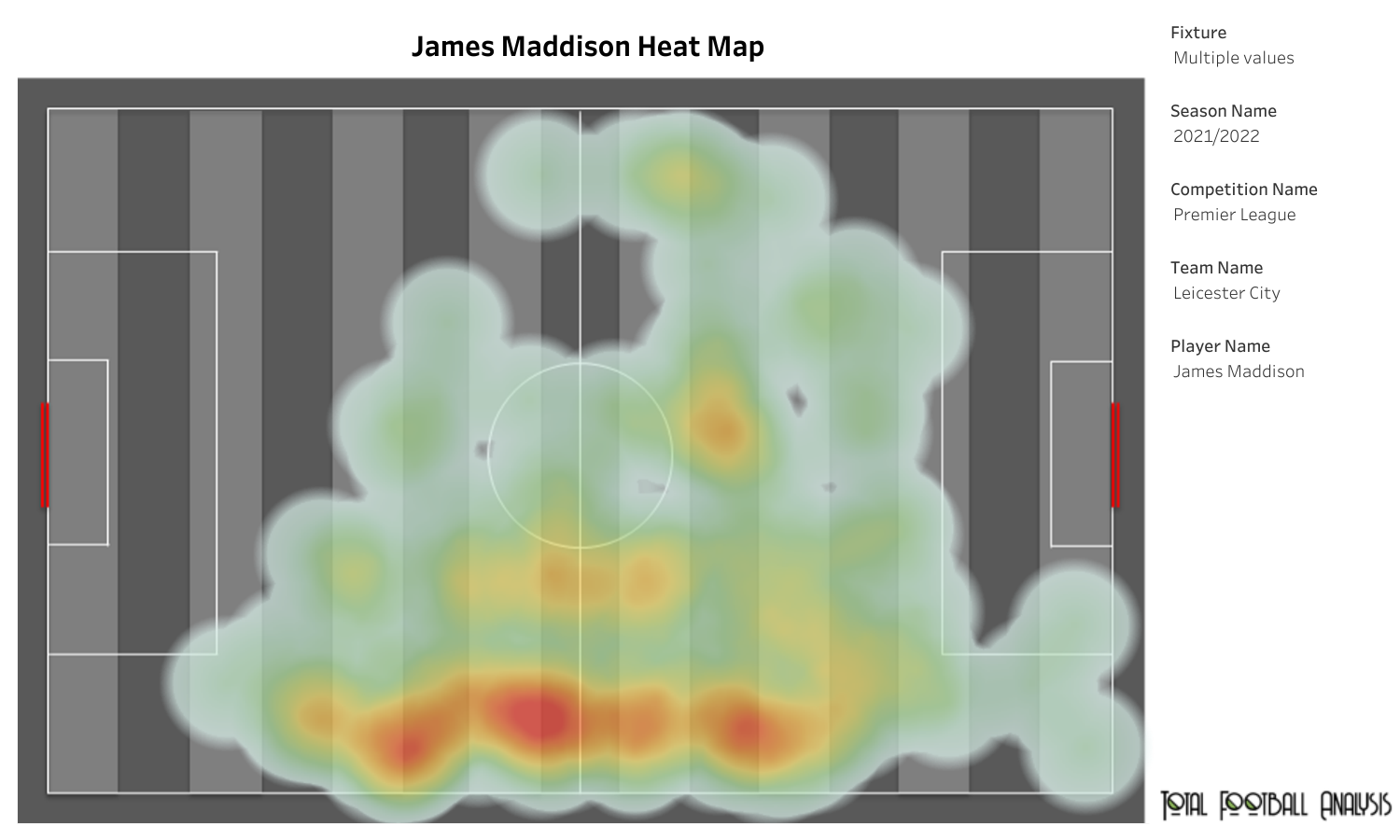 Maddison featured towards the right side of the play for the Foxes. He was shifted from his usual position of number ten in the three matches played in May against Chelsea, Watford, and Norwich City. His heat map shows that the player was involved in fewer defensive contributions, and his main role was to create attacking chances for his team. Most of the play was dictated from outside the box, and the player only took three touches inside the opposition’s penalty box. He just stretched the opposition defence once or twice as he took some touches near the corner line. 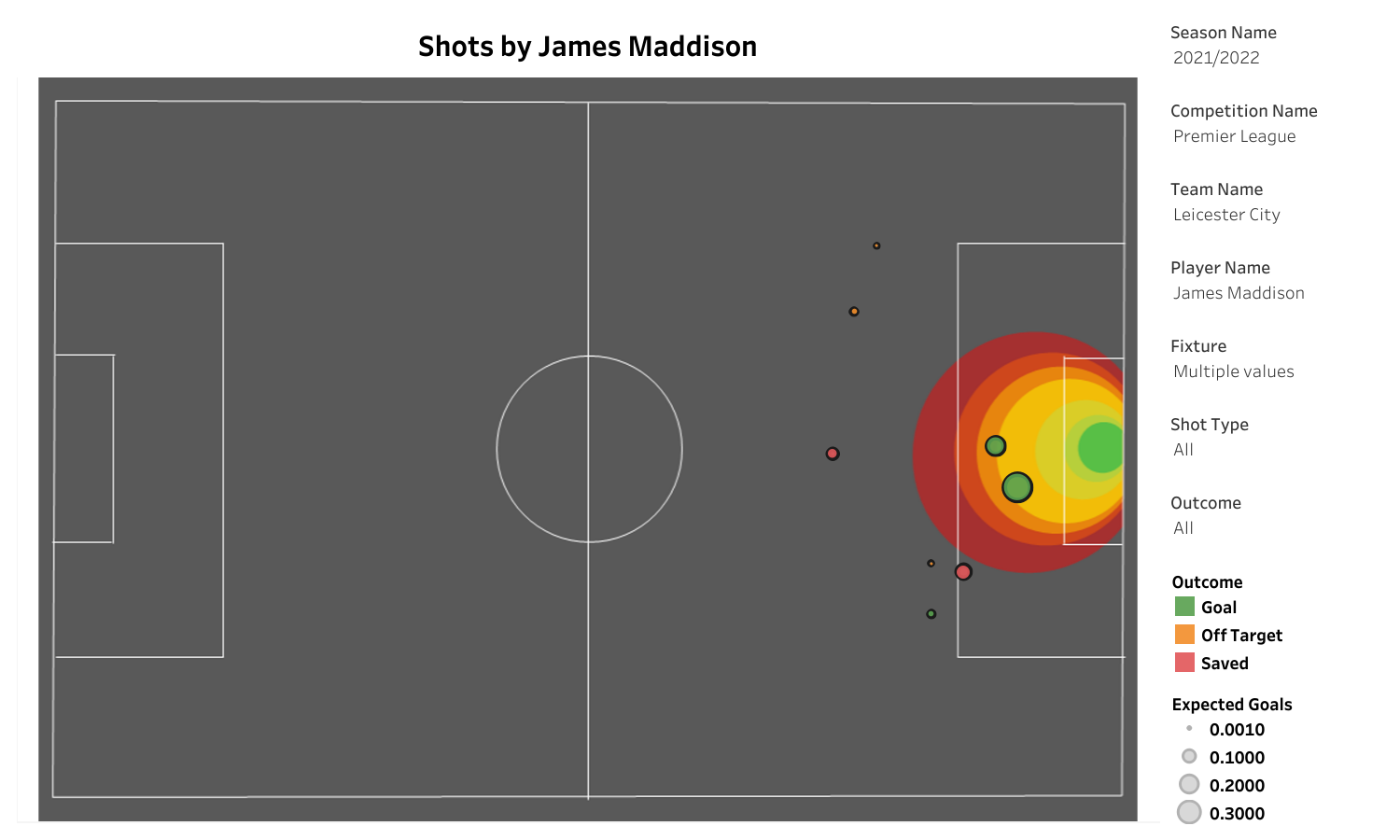 James Maddison just scored three goals since the start of the year, and this affected Leicester’s position in the league. Maddison attempted eight shots in these three matches and managed to hit the target five times. Of these eight shots, only three were attempted from inside the opposition’s penalty box. His overall xG rate in these matches was 0.76. 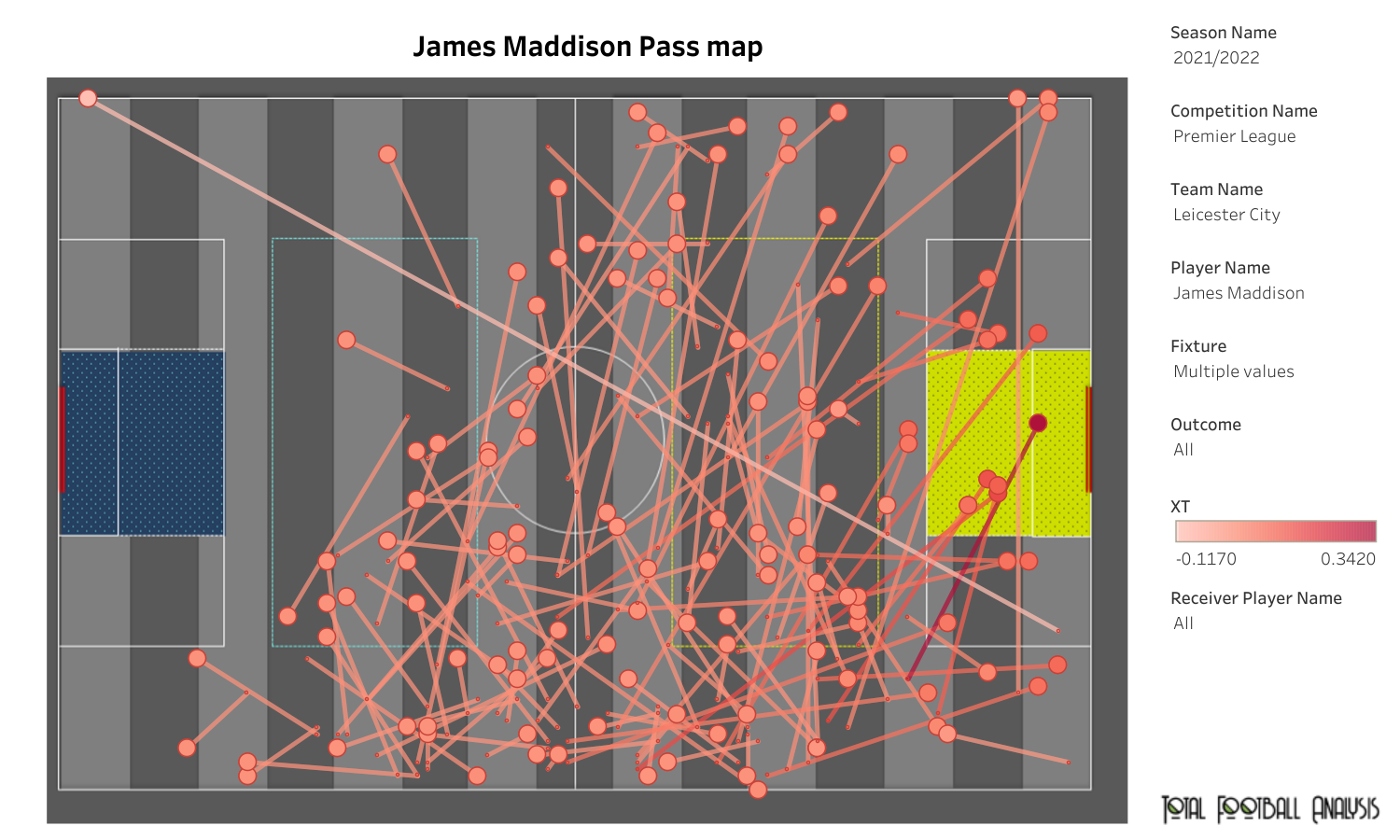 The Englishman was also effective with his passing on the pitch. He provided two assists in the same match against Watford. Overall the player attempted 130 passes, and most of them were towards Timothy Castagne. The highest threat was created from 13 passes towards Harvey Barnes. He provided one assist each to Barnes and Jamie Vardy.

These 130 passes included nine crosses, one smart pass and three through passes. Of his 130 passes, 13 passes landed inside the opposition’s penalty box.

Maddison also made some defensive contributions. He made five interceptions and 18 recoveries, out of which seven were made inside the opposition’s penalty box.

James Maddison was the engine behind Leicester City’s good form towards the end of the season. He scored and set up goals for his team and teammates. He has scored goals in double figures, and he would be looking to improve his performance in the next season.