Leicester City were one of the teams interested in signing Swansea City sensation, Joel Piroe. The 22-year-old was one of the top performers in his first season in the EFL Championship, and that attracted the attention of the Foxes, along with the other English Premier League teams. However, Leicester City have not made any bids for the player yet and some other team might take advantage of this. Swansea City’s midfielder, Flynn Downes is about to complete his move to Crystal Palace, and the Welsh club are changing their mind about cashing in on Piroe. Leicester City failed to qualify for any European competition after making it to the semi-final stages of the inaugural UEFA Conference League. Piroe played some quality football for the Swans, and the stats below show why he is so highly rated. 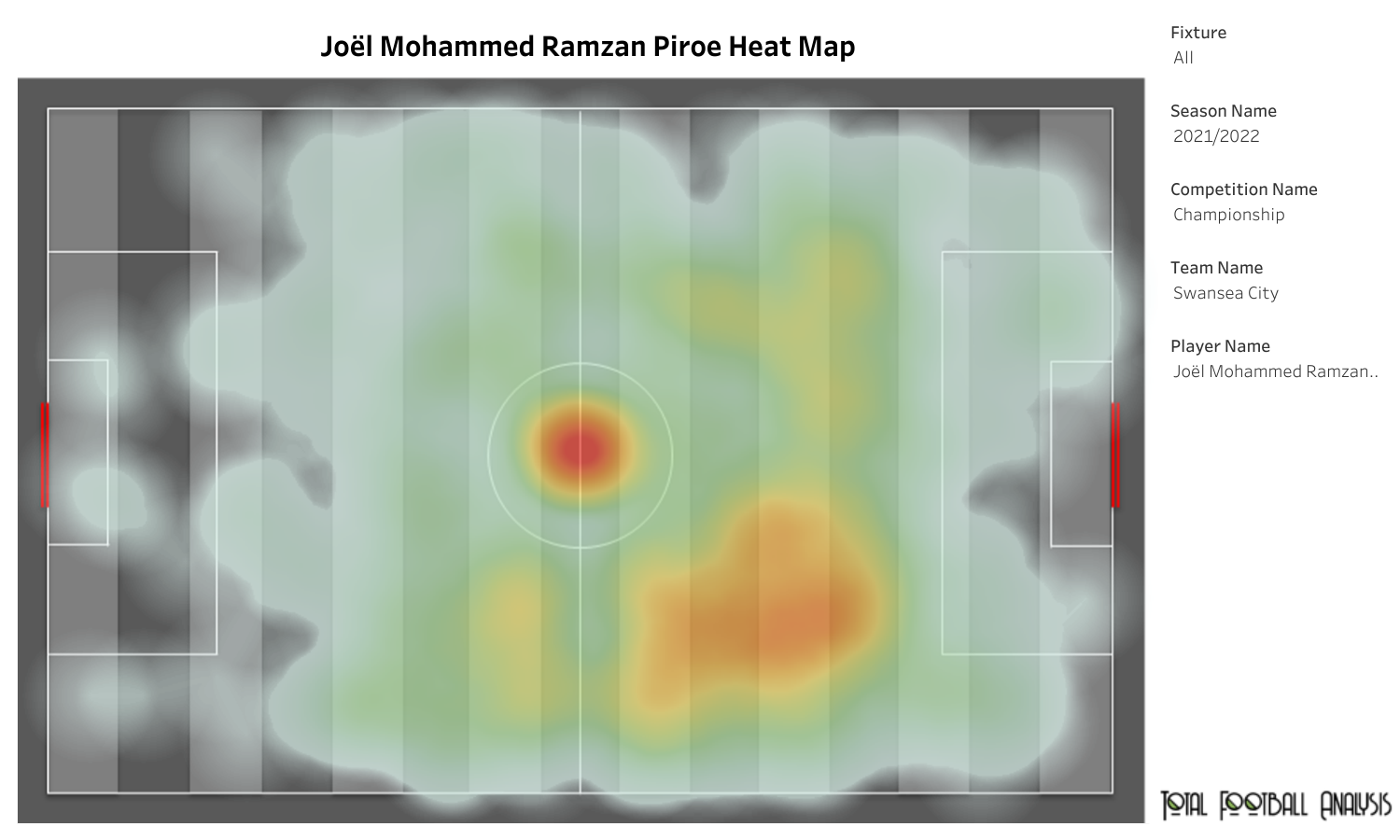 Piroe made 45 appearances in the EFL Championship after switching from Dutch side PSV in the summer. The Dutchman played as an attacking midfielder for his team. He played the number ten role and sometimes started on the right. The 22-year-old managed to score 22 goals in the season. He also helped his teammates score six goals. The above heat map shows that the player covered a lot of areas on the field and was a constant threat towards the opposition goal. The player penetrated the opposition’s penalty box and took 112 touches inside it. 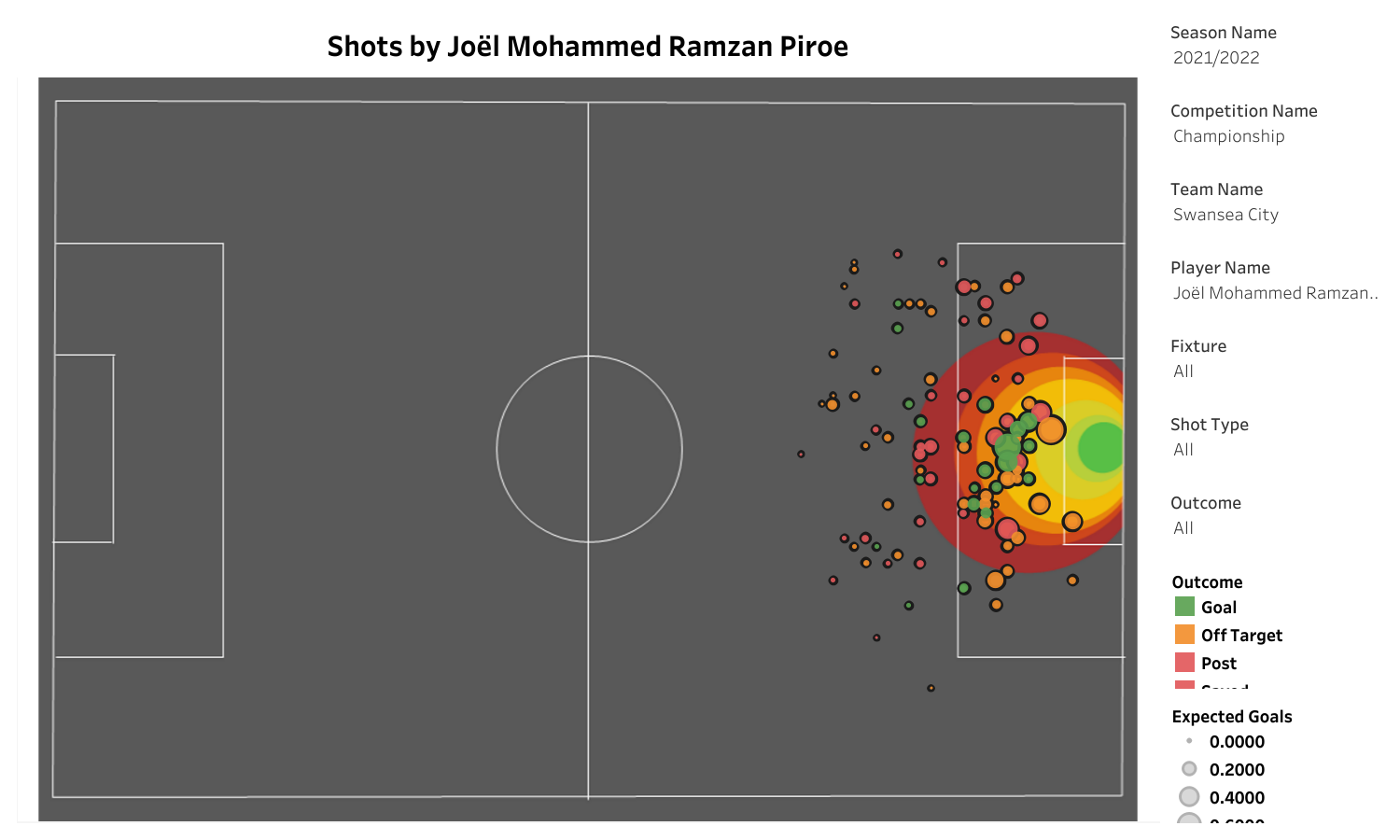 Piroe was Swansea City’s main threat and troubled the goalkeepers with his shot attempts. He attempted 101 shots last season, and 51 of them were on target. The player had a shot accuracy rate of more than 50%. The above shot map shows that the player scored a lot of goals from near the penalty spot. He scored 15 goals from inside the opposition’s penalty box, and one goal was scored from a penalty. Piroe’s accuracy rate was high from outside the penalty box. He can score long-range bangers and was able to beat the opposition goalkeeper seven times from outside the penalty box. This shows that the player can create threats from anywhere on the field. 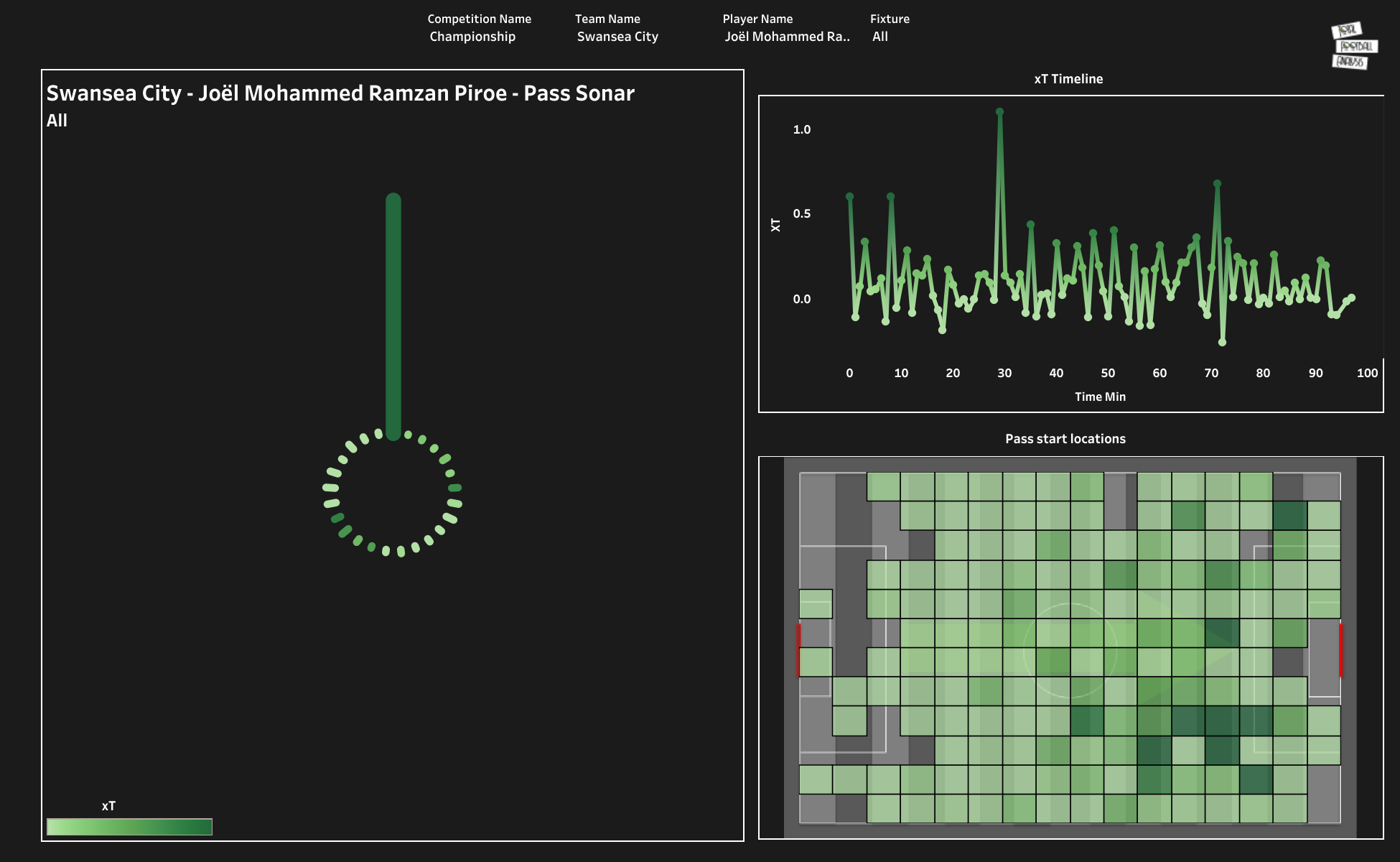 The above viz shows the pass start location and threat created from passes at different time intervals. Joel Piroe provided six assists, and the map shows that the highest threat was created from the passes attempted from the right side of the play. He also dribbled past the opposition defenders quite often to attempt passes from inside the penalty box.

Brendan Rodgers needs players who can help his team perform consistently in the league, and Joel Piroe could do just that, as he did for Swansea City last season. He is a goalscorer and has a high shot accuracy rate. The player is just 22 years old and could be a future superstar at the club. Leicester City should consider buying him in the summer.