Aston Villa’s John McGinn has been one of the most consistent players since joining them in 2018. The player helped his side to achieve promotion from the EFL Championship to the English Premier League. Since then, he has been a key part of Villa’s squad and has been a regular starter for them. Now, the player is being targeted by a few clubs like Manchester United, and the last to join them is Leicester City. The Foxes have the fear of losing their main midfielder, Youri Tielemans, in the summer. They are looking for a replacement for the young Belgian, and they also have some vacant spots in their midfield. McGinn plays a similar role, and here are some of the stats that show why the player is suited to replace Tielemans. 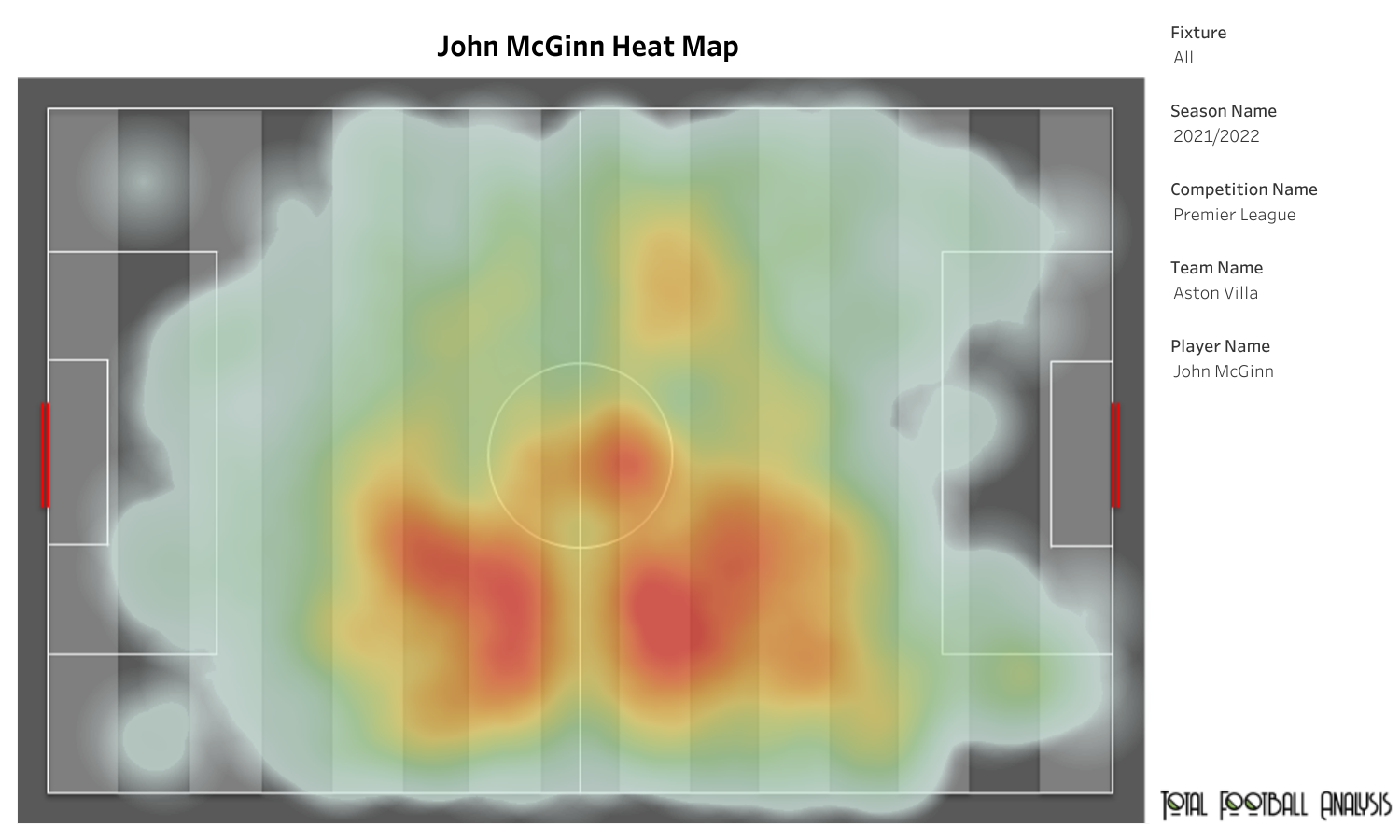 The Scottish midfielder made 35 appearances in the English Premier League last season. He scored three goals and provided four assists. The above heat-map shows that the player featured on the right side and covered a lot of areas on the field. 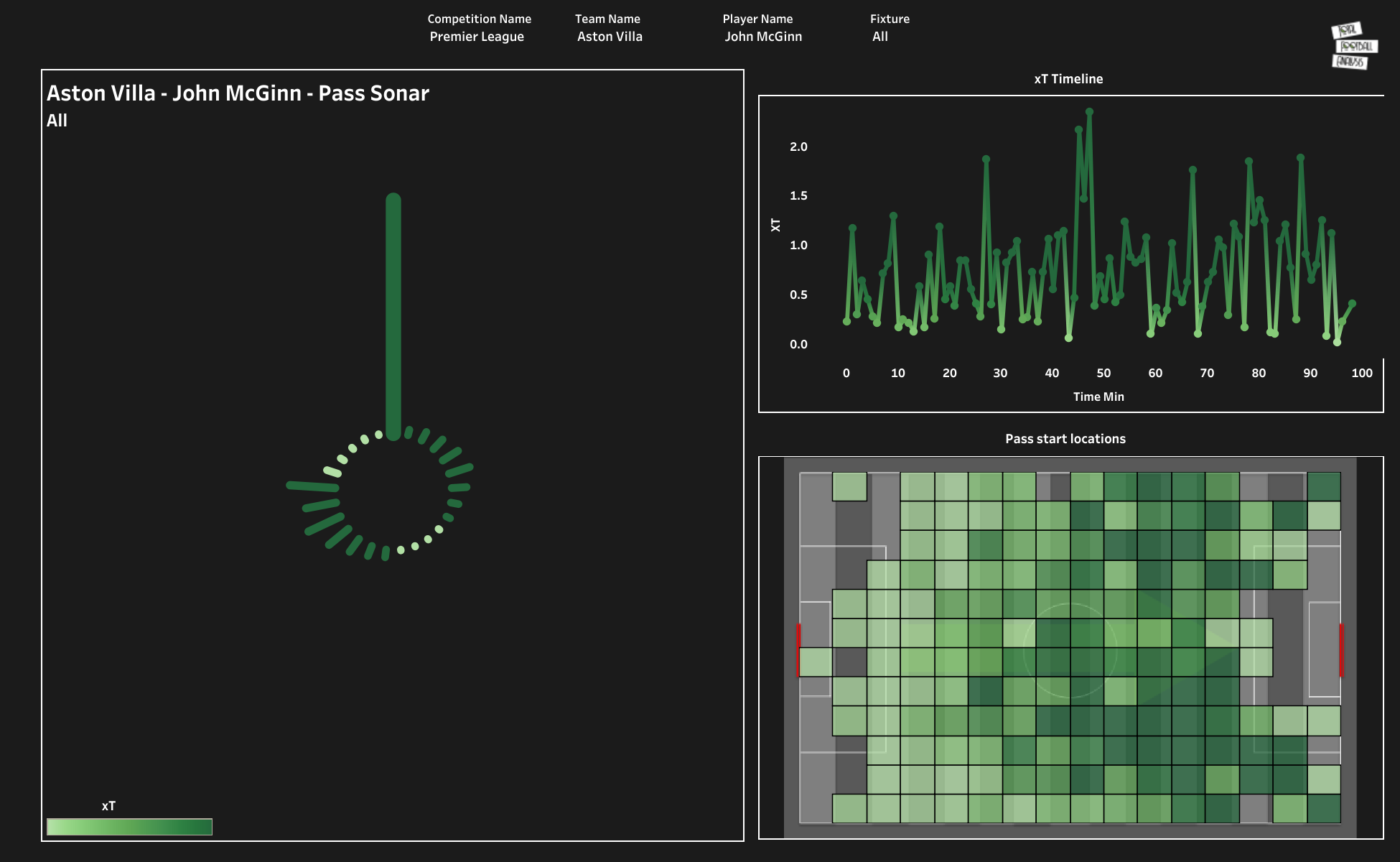 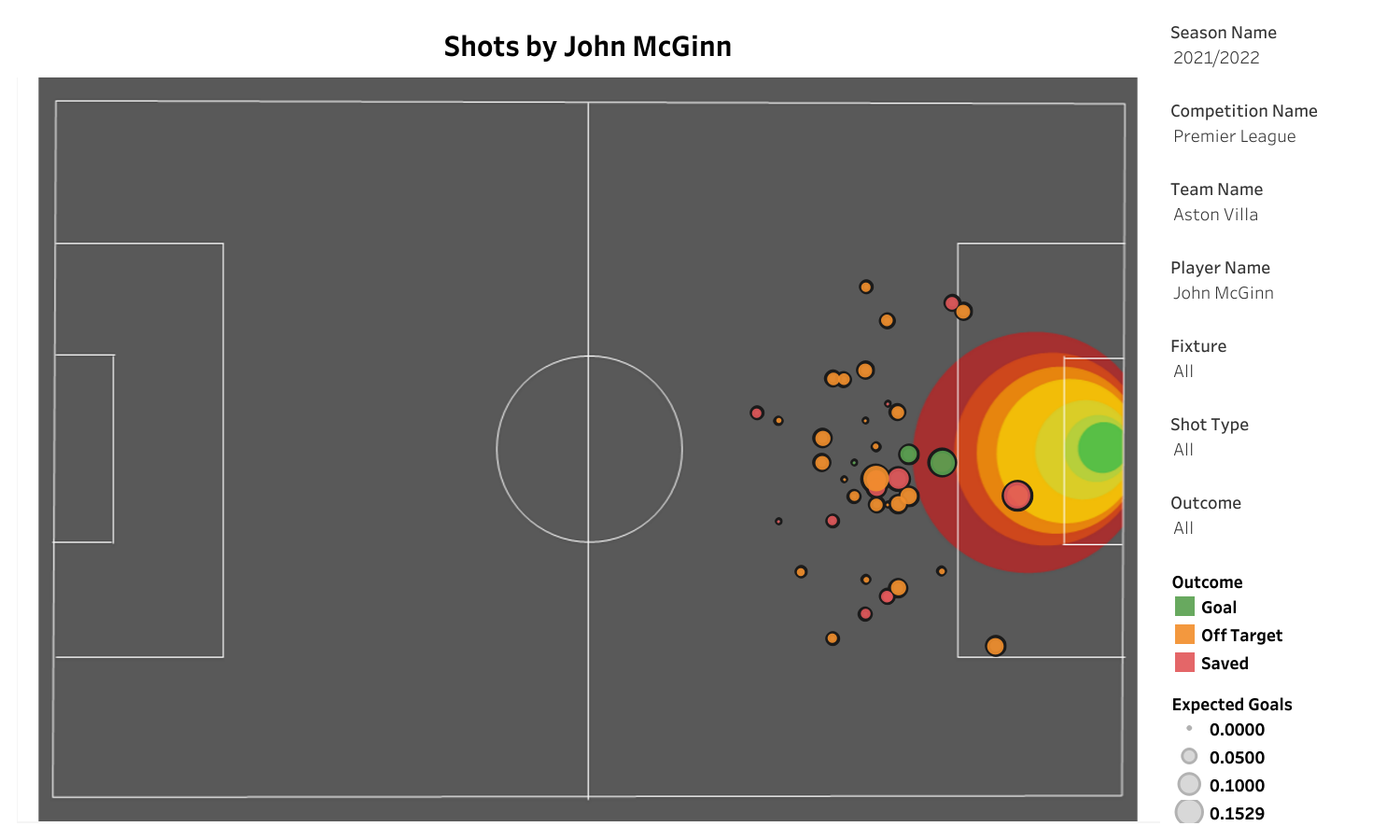 McGinn was involved in 6.5 attacking actions per 90 minutes and had a success rate of 55.5%. The above viz shows all the 41 shots that were attempted by the player. He managed to hit the target 15 times. One of the things that can be observed is that McGinn likes to attempt shots from outside the penalty box. He likes to score some long-range bangers for his team and managed to do so three times last season. 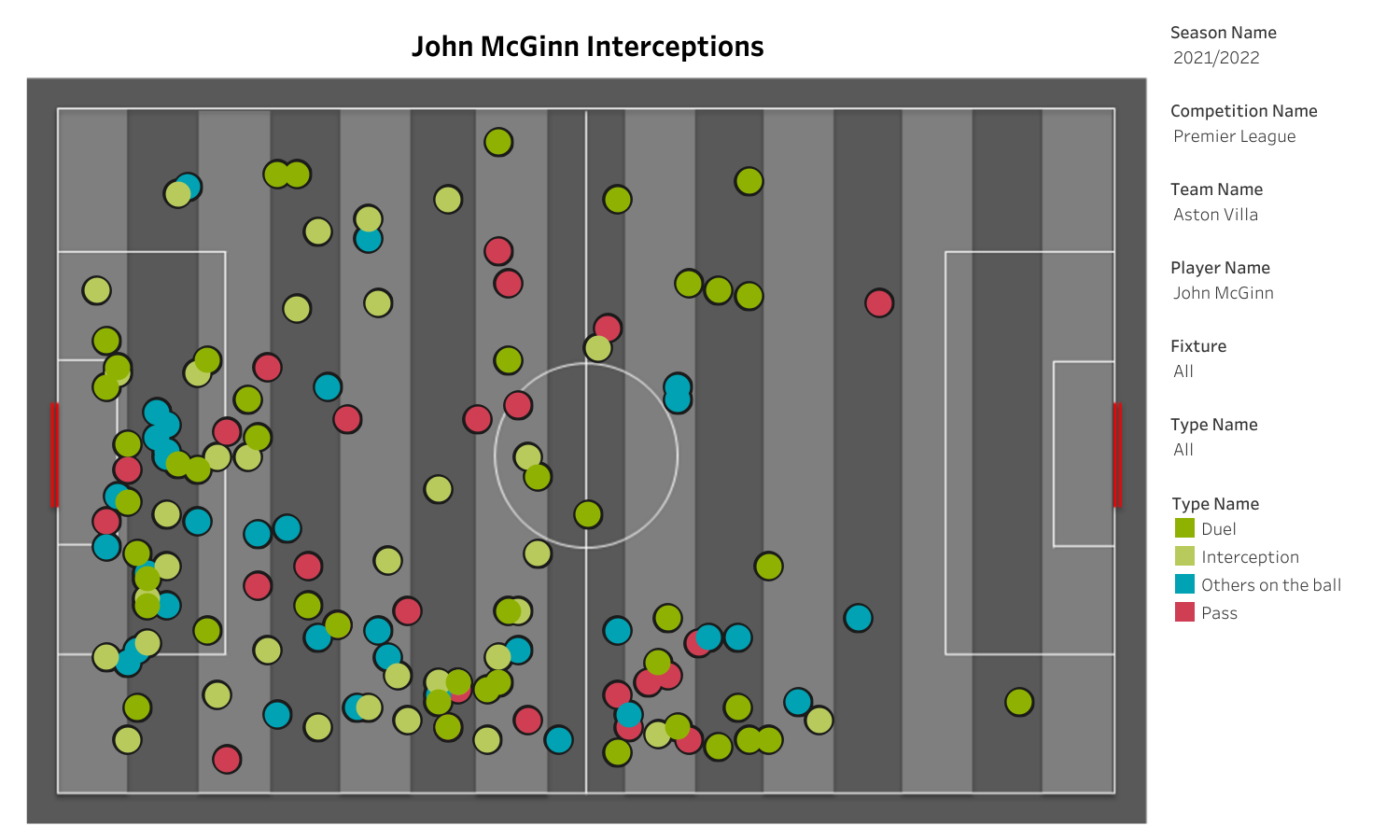 McGinn also helped his team to defend the goal. He made a few interceptions, and most of them were made inside his team’s half. The above viz shows that the player made the most interceptions while contesting a duel. Other than this, McGinn won defensive duels and loose ball duels. He was weak in the air and contested very few aerial duels.

The 27-year-old could be a perfect replacement for Tielemans. He can score and create goals for his team. The player can even make challenges and win the ball for his team. If Tielemans leaves, Leicester City would look to sign the player.