Brendan Rodgers’ Leicester City had a poor start to the season. In the opening fixture of the season, they allowed a two-goal lead to slip and played a 2-2 draw against Brentford. In the last match, the Foxes were handed a 2-4 defeat against Arsenal. They are the only team in the English Premier League that has yet to sign a player in the summer. Leicester City have had a very poor transfer business and are also struggling in the league. Brendan Rodgers needs to add a few names to the squad. Let us look at the areas that the former Liverpool manager needs to strengthen to increase their chances of a top-half finish. 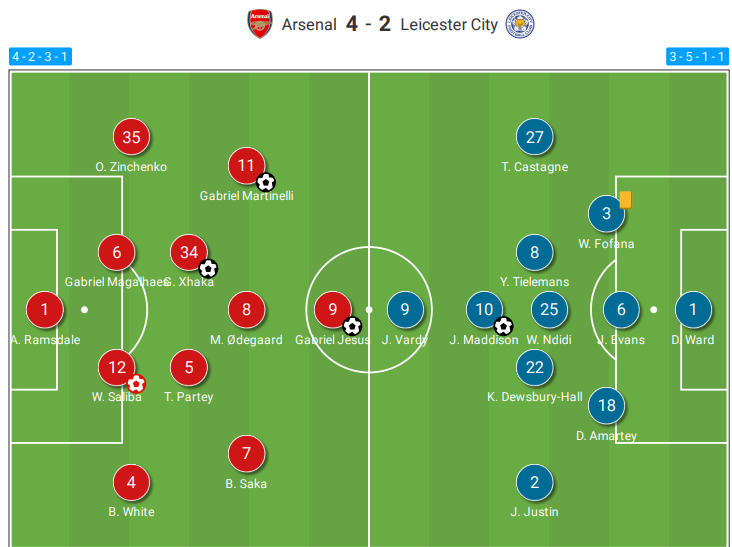 Leicester City have started the last two games in a 3-5-1-1 formation. Jamie Vardy led the line, and he was supported by James Maddison. The defence’s confidence has been boosted by Wesley Fofana’s return to the squad. One of the issues that Rodgers might face later this month is the departure of his two key players, Youri Tielemans and Wesley Fofana. Both these players are heavily linked with a move away from the club, and they might switch clubs before the end of the transfer window. This will leave him with a lot of problems.

Leicester’s defence is not the biggest concern for the manager. Fofana, Daniel Amartey, Çağlar Söyüncü, and Jannik Vestergaard were the centre-back options available to Rodgers. The full-back position is secured with James Justin, Timothy Castagne, Ryan Bertrand, Luke Thomas, and Ricardo Pereira available as options to the manager. However, Pereira has been prone to injury, and Rodgers might look to sign a backup for him. Otherwise, Marc Albrighton is also capable of playing as a wing-back. 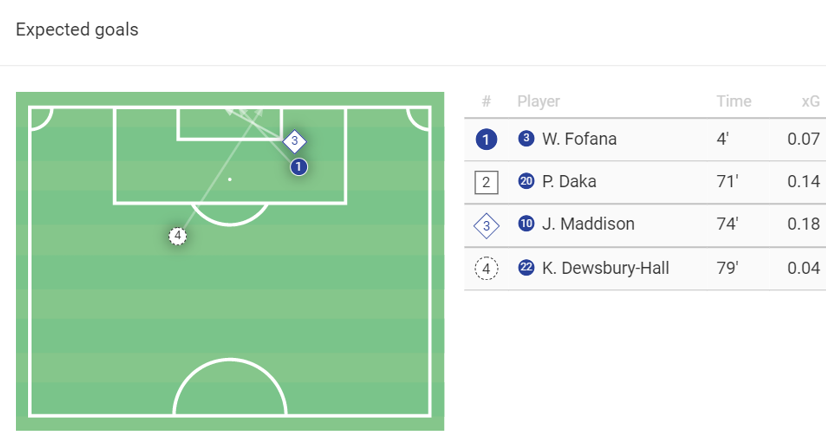 The biggest concern for the manager this season is the attack. Vardy, Kelechi Iheanacho, Patson Daka, and Harvey Barnes are the four attacking options. Barnes’ injury has resulted in a lack of creativity in the attack. In the last two matches, Daka is the only attacker who has attempted a shot. Vardy has struggled to find space to take shots, and the manager won’t be happy with the performance of his striker. In the last match, only four shots were attempted. The manager is short of options on the wings and could also add another striker to replace Vardy in the future. The attack is the main area of concern for the manager.

Leicester City’s midfield consists of Wilfried Ndidi, Kiernan Dewsbury-Hall, Tielemans, and James Maddison. On the bench, the Foxes have Nampalys Mendy and Dennis Praet. They have a few options in the midfield, and the manager might look to add a few names before the end of the transfer window. Tielemans’ future is also not secured, and that is one of the biggest concerns for the team.