Leicester City’s search for players continues as Brendan Rodgers looks to bring in some fresh faces before the start of the season. The Foxes have failed to land any players in the summer and are at the risk of losing some of their key players. They have a lot of depth in their squad, but Brendan Rodgers will look to add a few players who can help them finish in the top four positions. Ademola Lookman returned to RB Leipzig after completing his loan spell, and Ayoze Perez is also thinking about leaving the King Power Stadium. This leaves the manager with limited options to lead the attack. Listed below are some of the players who could play a crucial role in the attack and creativity of the side.

Jamie Vardy is likely to lead the line for the Foxes next season. He has been a core member of the Leicester City side since their promotion to the English Premier League and is considered one of the top strikers in the league. He will be accompanied by Harvey Barnes, who plays on the left and has been one of the top performers for the Foxes in recent seasons. Kelechi Ineanacho will be another name in the mix and will be a second-choice striker behind Jamie Vardy. One player who was added to the squad last season was Patson Daka. He is expected to start on the right this season and will add more pace to Leicester’s attack. 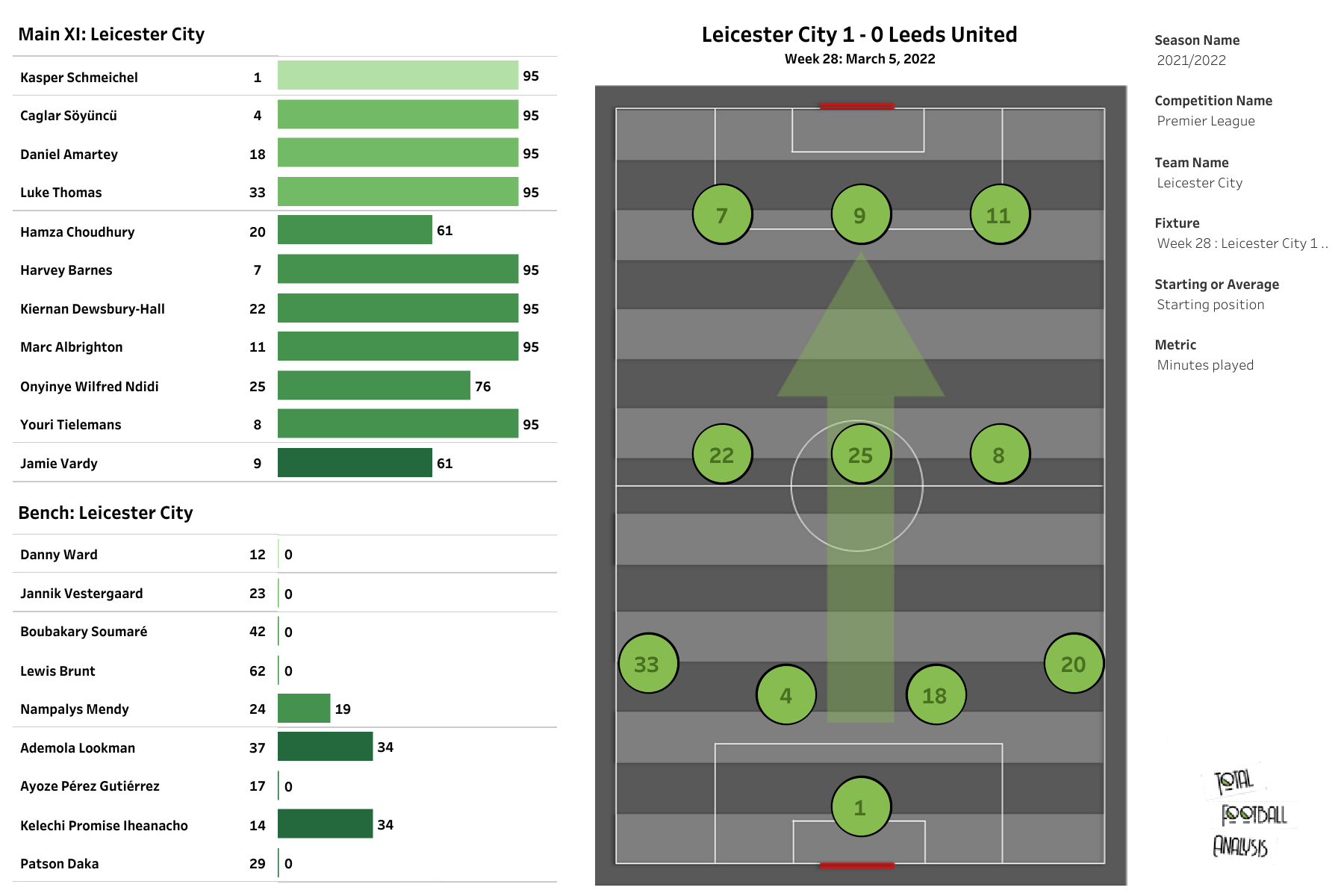 Rodgers lines his team up in a 4-3-3 formation, with Jamie Vardy leading the attack and being supported by two wingers. The above viz shows the starting XI of the Foxes against Leeds United from last season. Vardy is likely to be accompanied by Barnes on the left and Daka on the right. The three midfielders will support the attack and are likely to be involved in the mix. James Maddison is their creative force, who will also be a threat from the midfield. 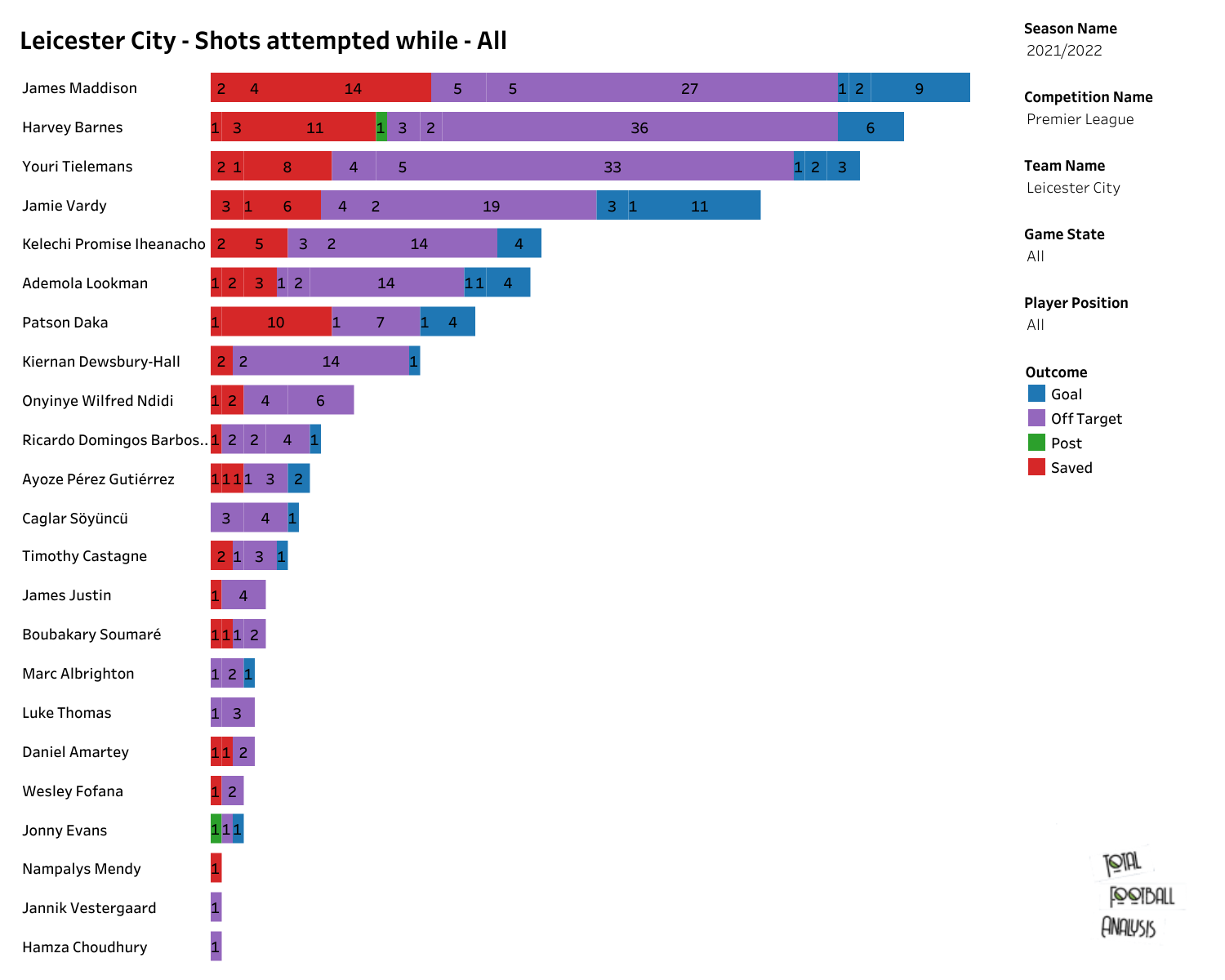 Last season, Maddison attempted the most shots. Vardy missed a few games in the season, and that allowed the other players to show their talent. He still remained their top goalscorer with 15 goals in 25 appearances. Maddison was behind him with 12 goals, followed by Barnes, Daka, and Ineanacho, who scored six, five, and four goals, respectively. Barnes was the creative force as he provided ten assists in the season. Ineanacho also helped his teammates score five goals. Daka provided three assists, and Vardy two. These players showed their attacking as well as creative sides and could once again prove to be a threat next season.

Brendan Rodgers will look to add one or two names to his side to improve the attack. These four players have a lot of quality and will play a crucial role next season. Leicester’s defence was a problem last season, and if the issue gets resolved, then these players will have more freedom, and that could lead to more goals.