Chelsea’s Levi Colwill is on the transfer wishlist of a lot of clubs. The 19-year-old defender played an impressive season with Huddersfield Town in the EFL Championship, and now the big clubs are after the defender. Levi Colwill is not in the plans of Thomas Tuchel as of now, and Chelsea can make a lot of money from his transfer. One of the teams interested in buying the player is Brendan Rodgers’ Leicester City. The English Premier League side had defensive problems last season, and the manager is looking to solve these issues. 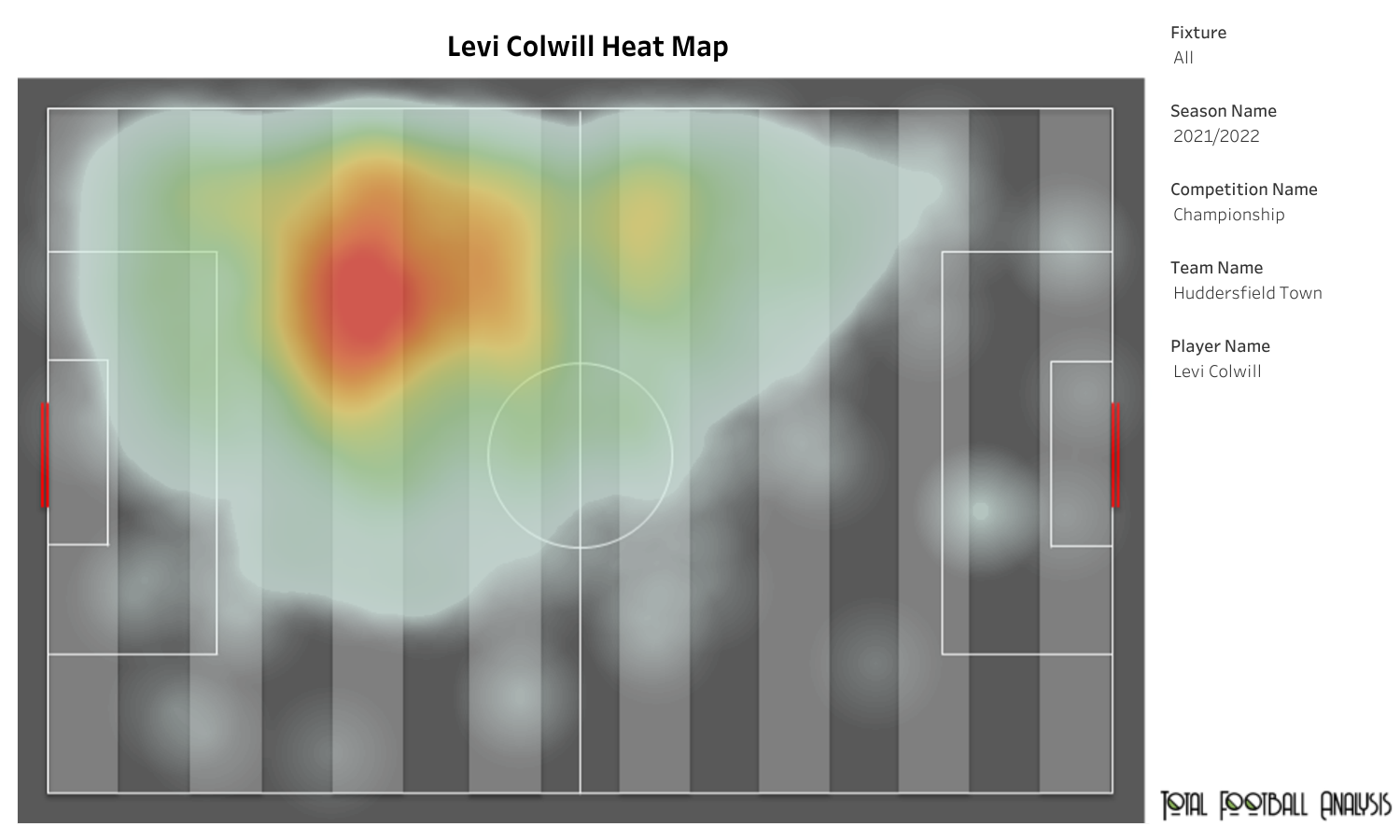 Colwill made 31 appearances for Huddersfield Town last season. The Terriers play in a three-at-the-back formation, and Colwill featured as the left centre-back in the team. The above heat map shows that the player stayed towards the left side and provided defensive cover for the left wing-back. The youngster was able to score two goals and also provide an assist. 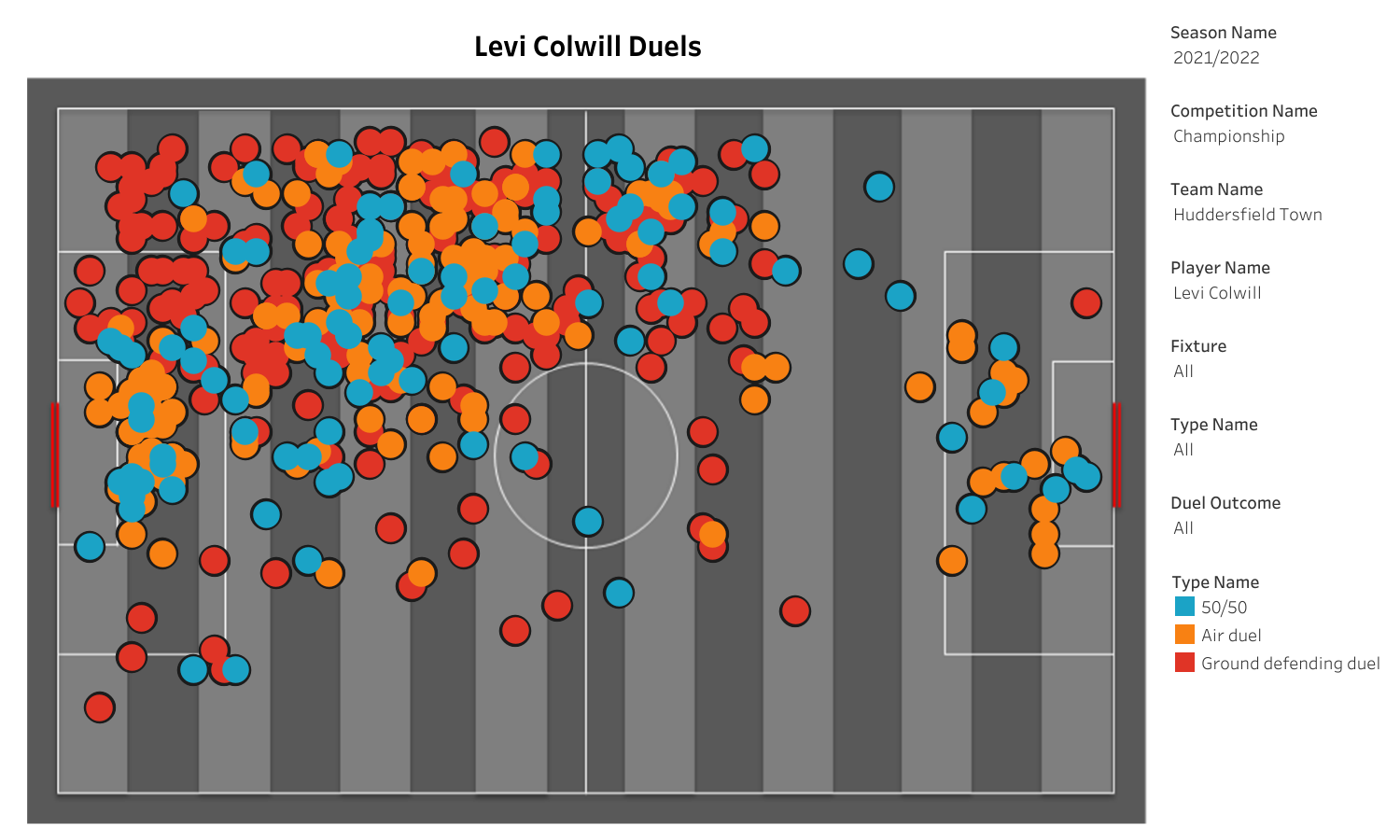 The young centre-back was involved in 12.19 defensive actions per 90 minutes. He had a very high success rate of 88.19%. This shows that the player had a lot of confidence while challenging for the ball and he showed a lot of accuracy on the pitch. The above viz shows all the duels that were contested by the centre-back last season. Colwill contested 6.3 defensive duels, 4.99 aerial duels, and 3.23 loose ball duels per 90 minutes. He won 29.44% of defensive duels, 62.18% of aerial duels, and 67.33% of loose ball duels. The centre-back contested a few aerial and loose-ball duels inside the opposition’s penalty box. He was an aerial threat during set-pieces and attempted 11 shots throughout the season. 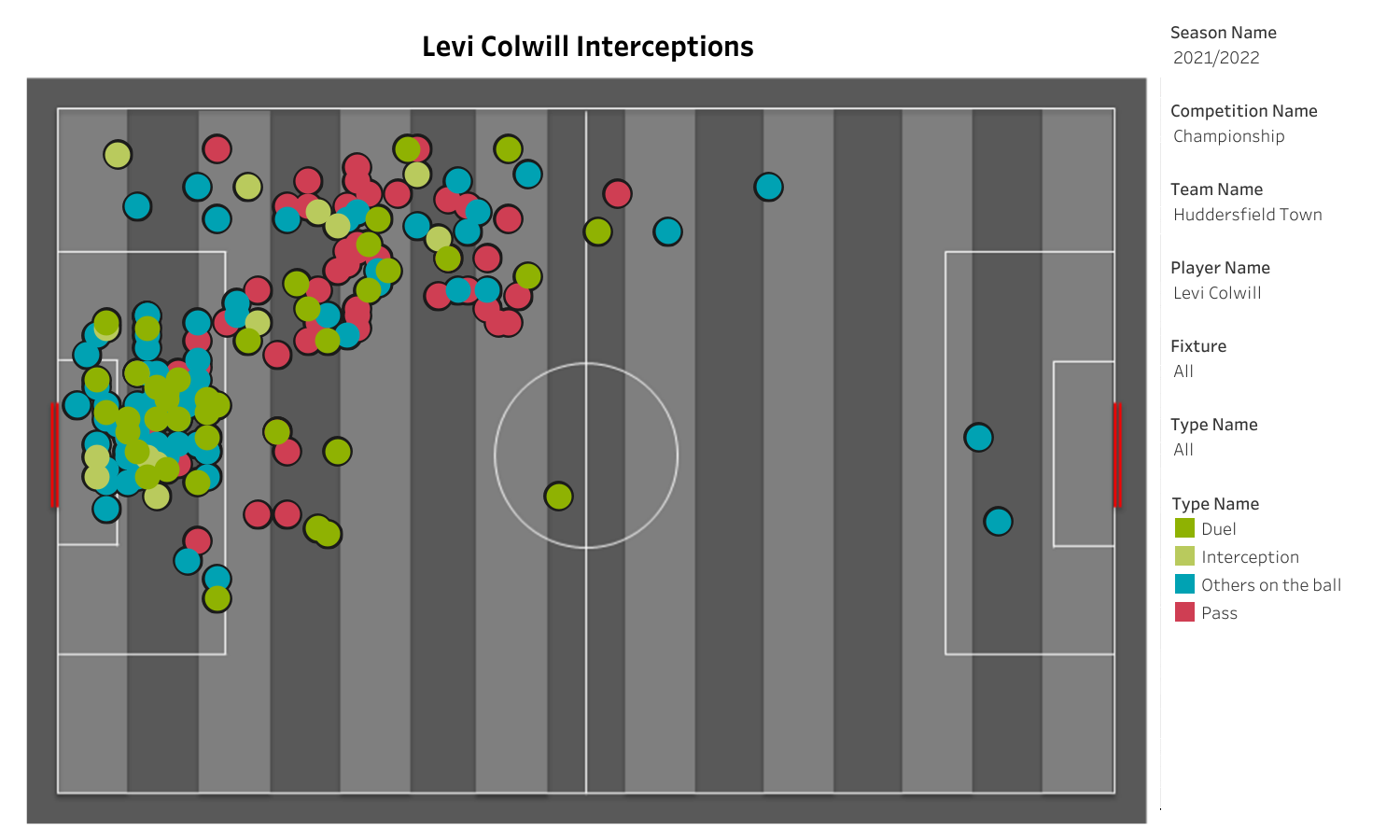 Levi Colwill could become the future centre-back for England. He likes to defend and was involved in a lot of defensive actions last season for Huddersfield Town. Leicester City had their defensive problems last season, and the youngster could become a long-term solution for the Foxes. Brendan Rodgers is keen on signing the centre-back and bringing him to the King Power.