Luke Thomas is starting to find a place in Leicester City’s backline in recent seasons. The 21-year-old has earned a promotion to the top division of English football after representing the Foxes at the U-21 and U-23 levels. Ryan Bertrand’s injury towards the start of the season meant that Thomas would get more game-time on the field. Brendan Rodgers used him in 22 English Premier League matches last season due to a shortage of full-back options. Sometimes, he was dropped to the bench following the return of James Justin and Ricardo Periera from injury. Timothy Castagne and James Justin can play in the left-back position, but the manager thought of changing the full-backs for every match due to their busy schedule. The player will be looking for a regular place in the backline after impressing the manager last season. 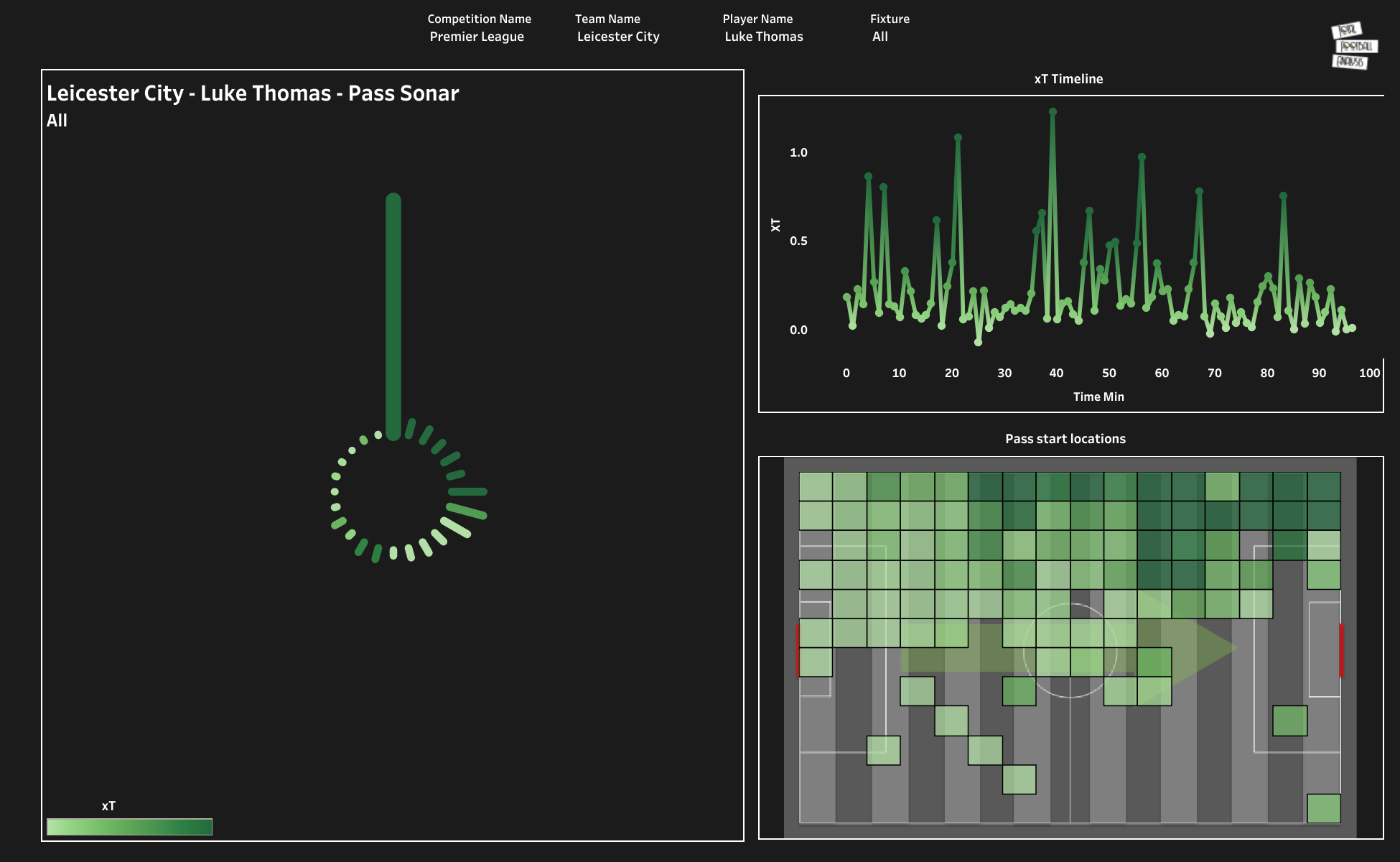 The 21-year-old left-back made 22 appearances for Leicester City in the English Premier League. He was unable to score a goal but provided an assist to James Maddison. The above viz shows the pass start location as well as the threat created from passes at different time intervals. Thomas featured as a left-back as well as a full-back for Brendan Rodgers’ side. He averaged 44.26 passes per 90 minutes with an accuracy rate of 80.08%. These included 19.6 forward passes per 90 minutes. The full-back remained wide and made very few runs inside the opposition’s penalty box. He only averaged 0.48 touches inside the opposition’s penalty box per 90 minutes. However, the full-back made tireless runs on the left flank. 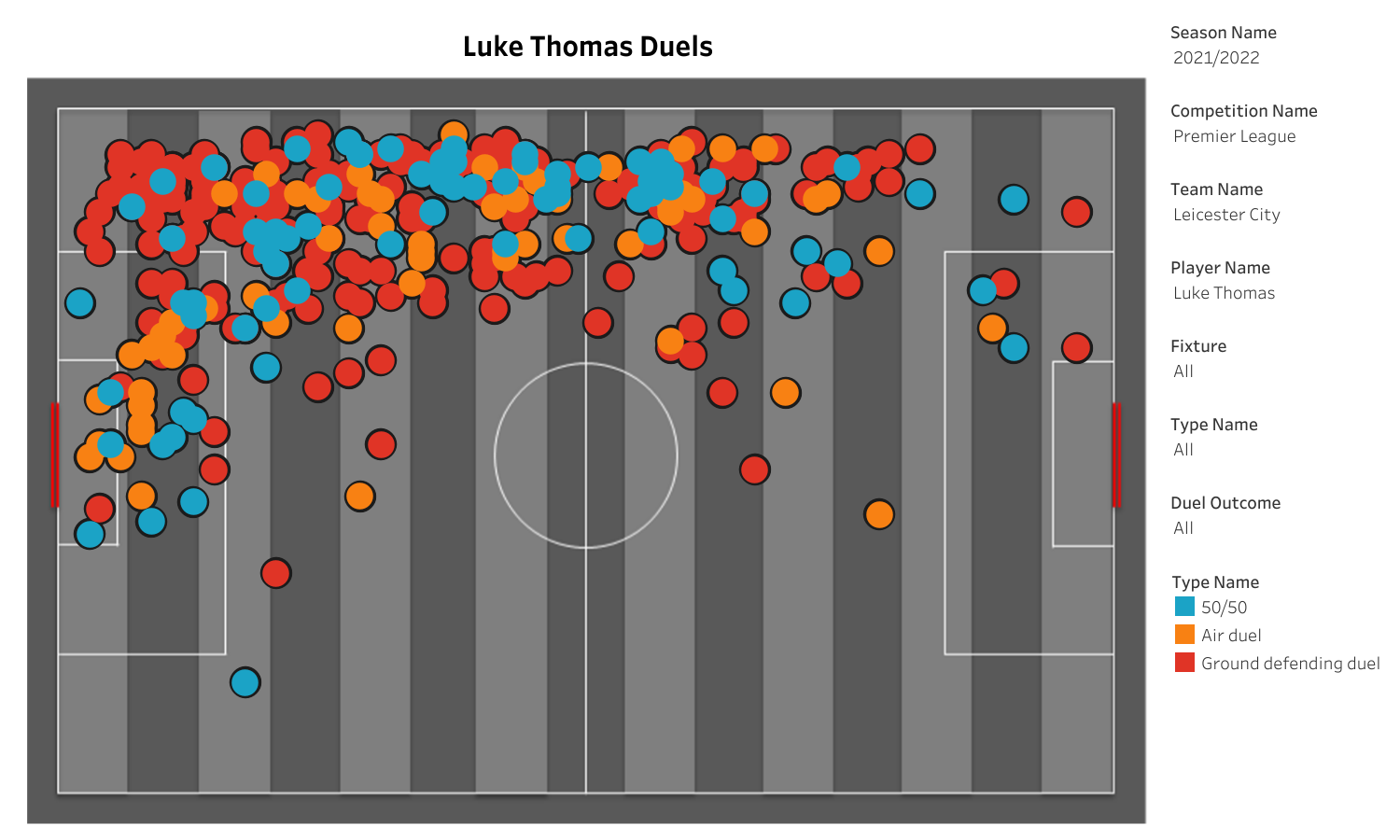 Thomas was involved in 15.7 defensive actions per 90 minutes with a 76.4% success rate. The above viz shows all the duels that were contested by the full-back. He averaged 9.08 defensive duels, 2.75 aerial duels and 3.23 loose ball duels per 90 minutes. The win rate of the player was 17.3% for defensive duels, 42.86% for aerial duels, and 41.89% for loose ball duels. The duels’ win percentage was a bit low as his side struggled defensively last season. Most of the duels were contested inside his team’s half by the full-back. 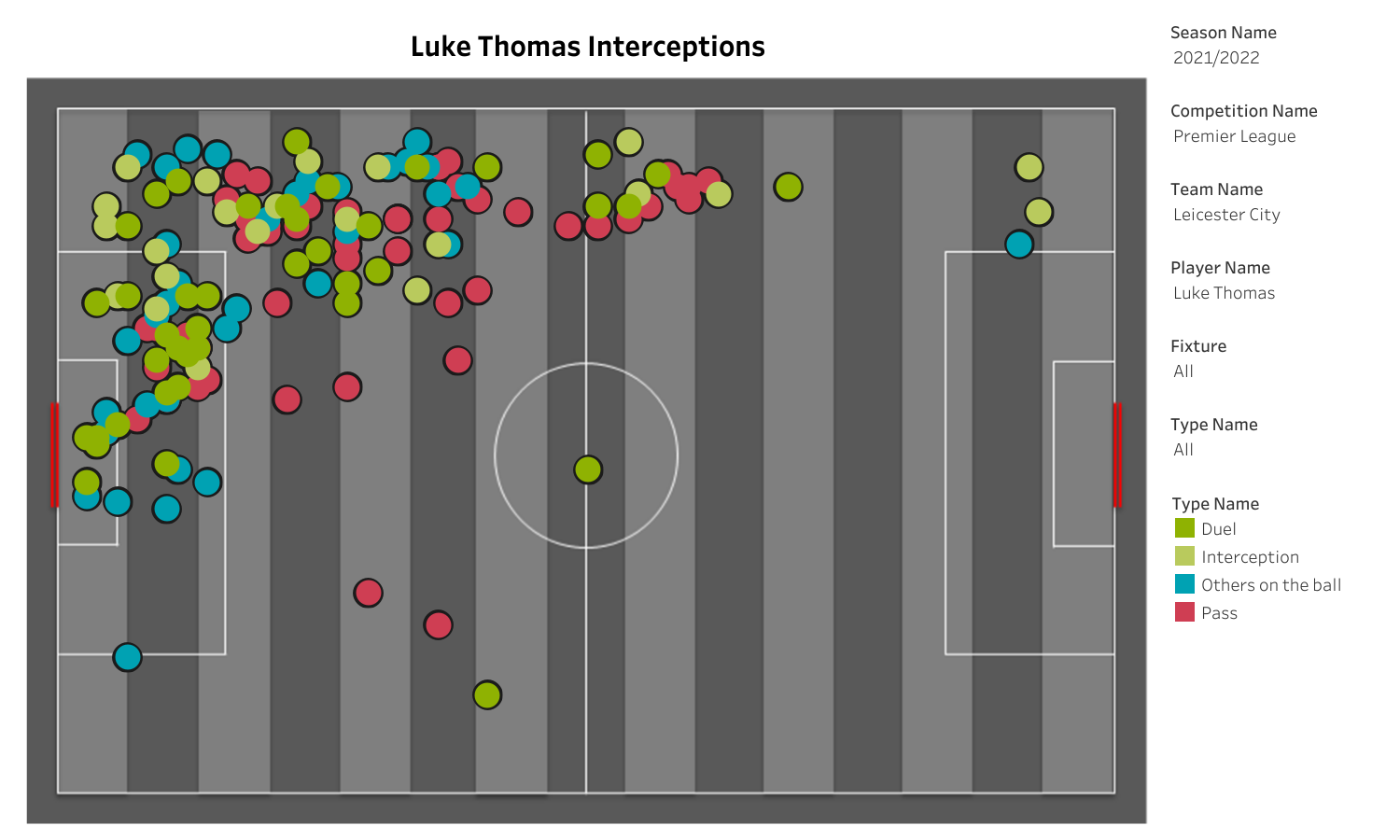 Luke Thomas will remain the only left-back at Leicester City if Ryan Bertrand leaves. He is just 21 years old and offers a lot going into the future. Brendan Rodgers will expect more contributions from the full-back in the future, and Thomas will seek more regular game-time in the team.