Leicester City’s search for a midfielder continues as the Foxes look to add new names to their squad. They are currently chasing Middlesborough’s highly-rated midfielder, Marcus Tavernier. The 23-year-old is on the wishlist of a few other English Premier League teams and is likely on a move to the English top division. He is the younger brother of Rangers captain, James Tavernier and played the best season of his professional career. His performances caught the eye of Premier League clubs and some of his stats from last season in the EFL Championship show why clubs are keen on signing him in the summer. 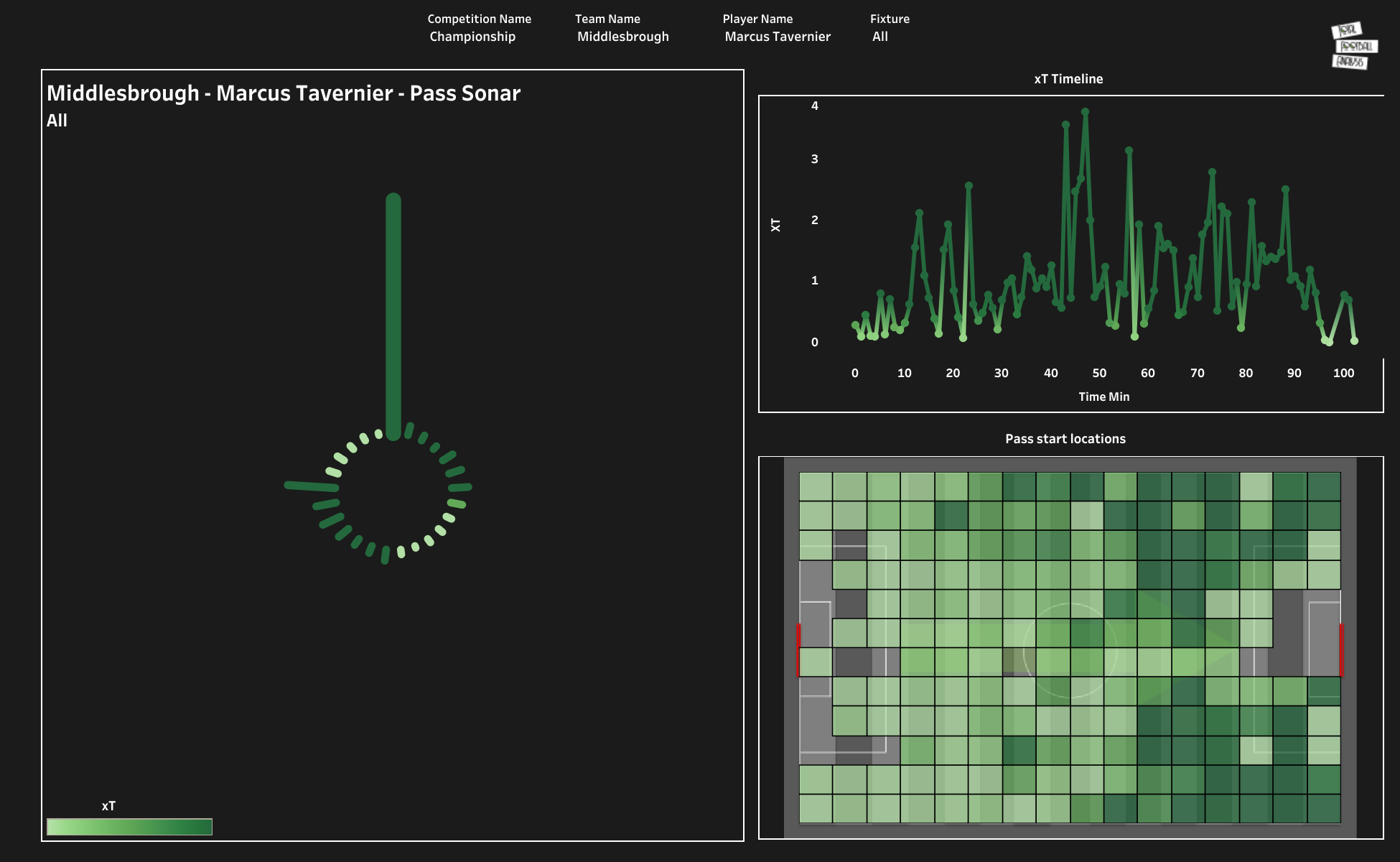 Marcus Tavernier is a wide midfielder who was given a few different roles on the field last season by the manager. He made 44 appearances for Boro in the EFL Championship. The 23-year-old managed to score and create five goals each. The above viz shows the pass start location and the threat created from passes at different time intervals. Marcus Tavernier played on both flanks and sometimes, was used as an attacking midfielder through the centre or on the right side. He penetrated the opposition’s penalty box quite often and attempted passes from within the box. The xT timeline shows that the wide midfielder created constant threats during the match. This shows that Tavernier likes to get involved in the play and create chances for his teammates. 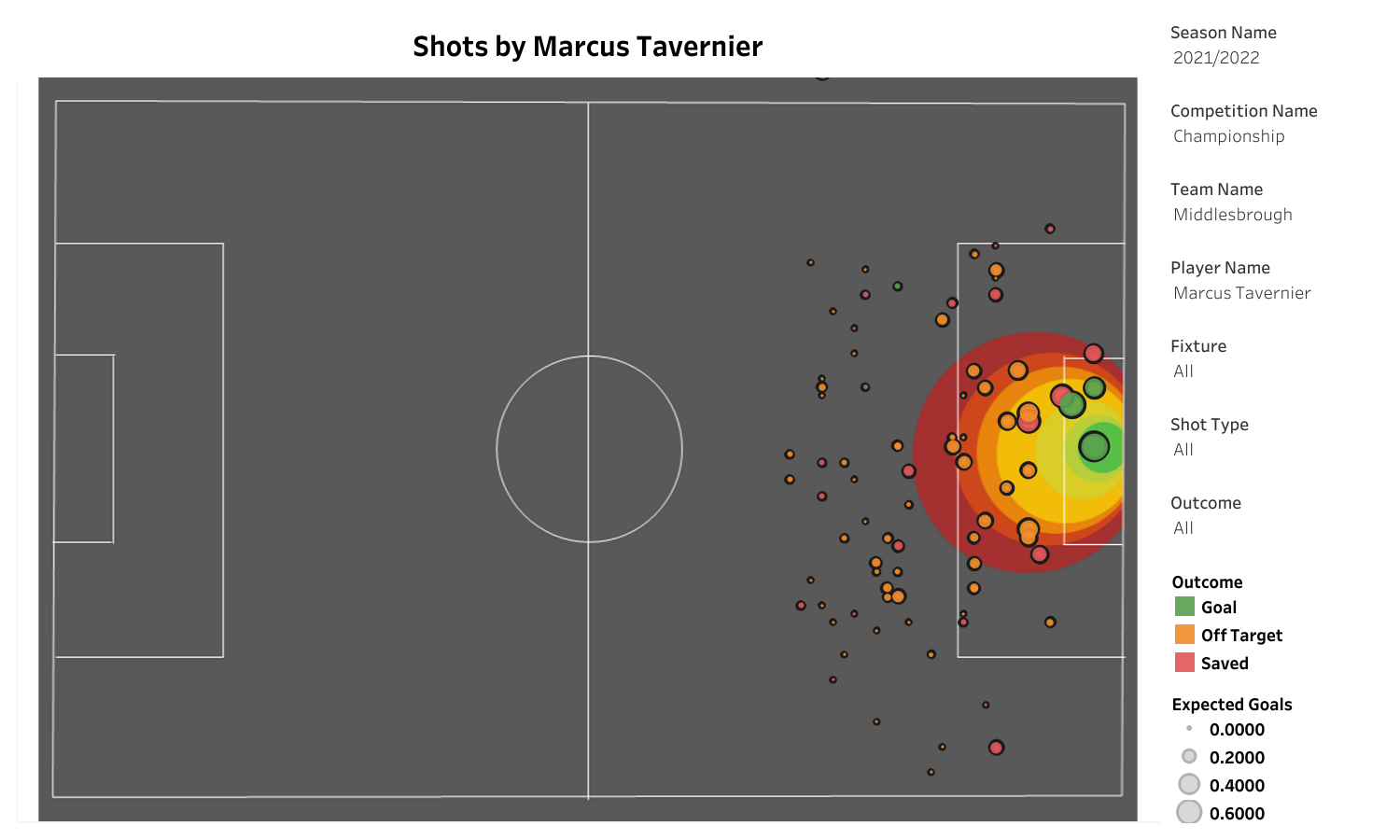 The above viz shows all the 84 shots that were attempted by the player. He averaged more than two shots per 90 minutes and hit the target on 26 occasions. The shot map shows that Tavernier likes to attempt shots from a long distance. He scored two goals from outside the opposition’s penalty box and three from inside the 6-yard box. Tavernier made runs to the back post and converted three opportunities. 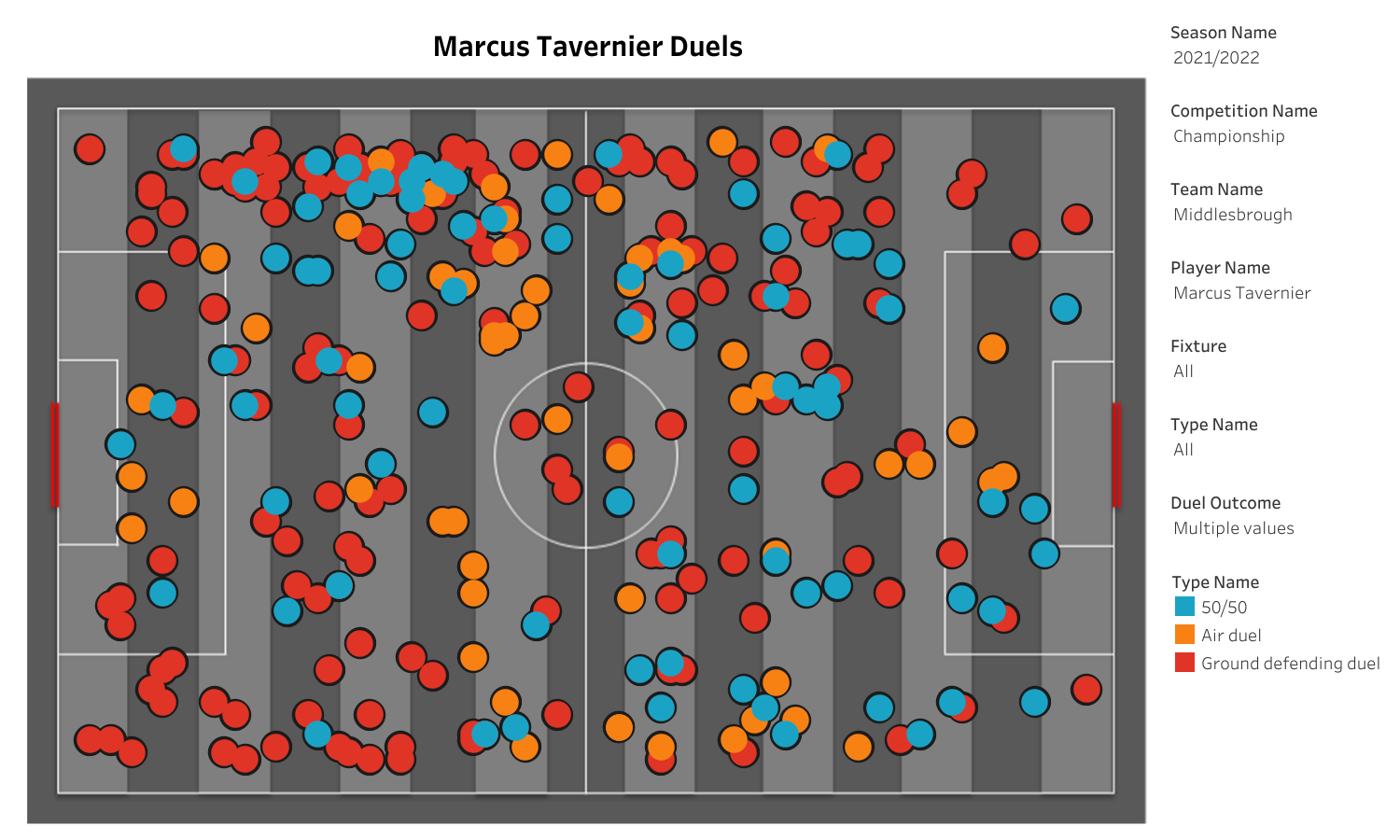 Tavernier was also involved in defensive activities. The above viz shows all the duels that were won by the home team or ended in a neutral result. He won quite a few loose ball duels and aerial duels in the middle third and attacking third. Tavernier can also track back for the ball and win duels inside the defensive third. This shows that the player puts in a lot of effort on both the attacking and defensive side.

The race to sign the 23-year-old continues as the teams have started to negotiate with Boro. He is likely to leave the club, with interest coming from various teams. Marcus Tavernier would prefer to play for a club that offers him more game-time. He has shown improvement and might become a much better player in the upcoming season.