Southampton signed Norwegian international player Mohamed Elyounoussi from FC Basel in 2018. The player struggled to cement his place in the starting XI and was sent on a two-year loan spell to Scottish Premiership side, Celtic. He helped Celtic win the league title in his first season with the club. Elyounoussi returned to Southampton at the start of the English Premier League 2021/22 season. Ralph Hasenhuttl showed faith in the player, and soon, he became a regular in the squad. After earning just 16 league appearances in his first season at the club, Elyounoussi was presented with 30 opportunities to establish himself in the side. He cemented his place on the left side of the attack. However, Southampton were not the only team that were impressed with his performances. Leicester City are one of the teams that are interested in signing the player. Brendan Rodgers wants to strengthen his squad and help them finish in one of the European places in the league table. 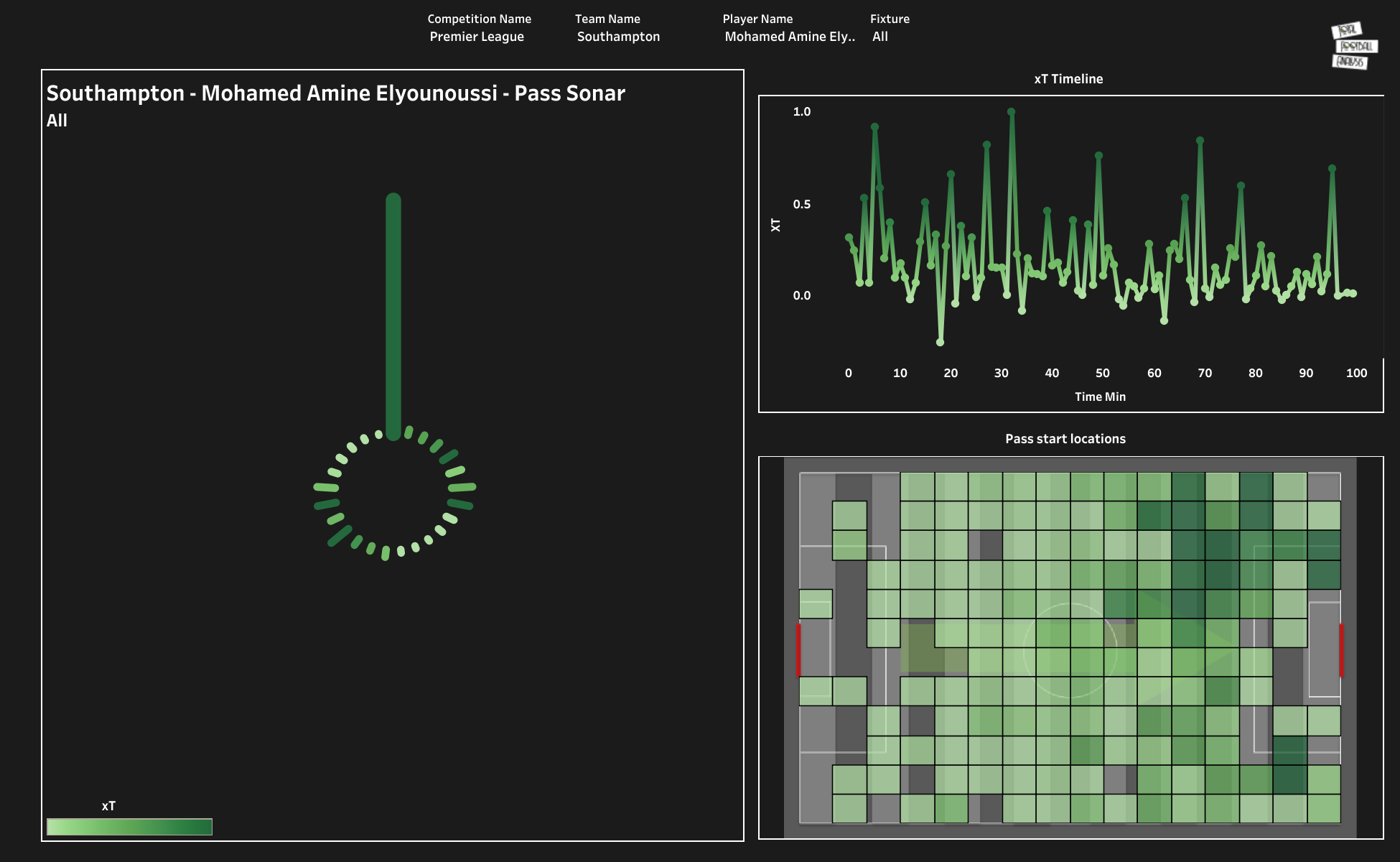 The Norwegian started in 23 English Premier League games. He managed to score four goals and provide two assists in the competition. The above viz shows the pass start location and the threat created from passes at different time intervals. The map shows that Elyounoussi featured on the left-wing for the Saints. He created the highest threat from passes attempted from the left side and especially from the attacking third. He penetrated the opposition’s penalty box quite often and averaged 2.7 touches inside the penalty box. The xT timeline shows that the players created more threats in the first half when compared to the second half. 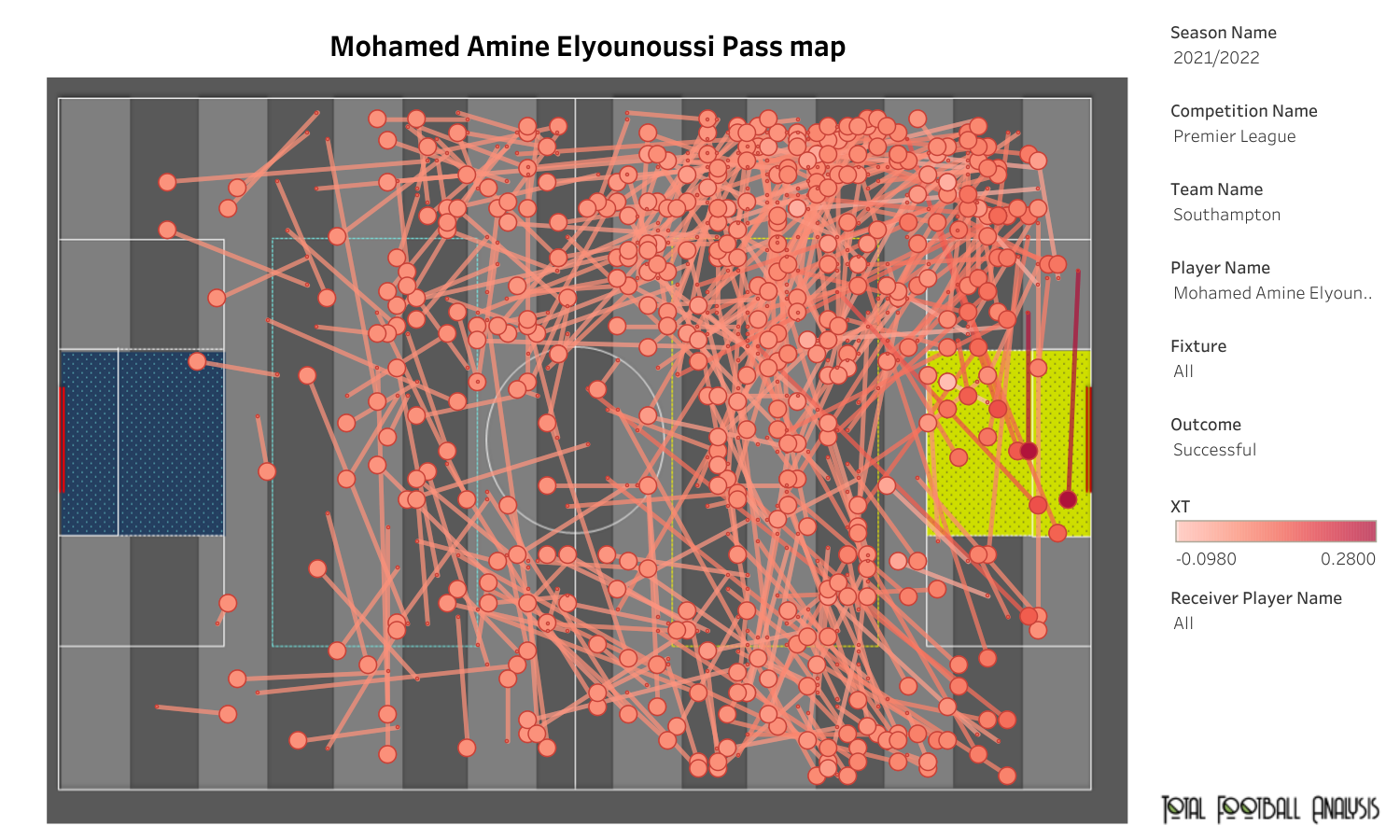 The 28-year-old averaged 24.5 passes per 90 minutes with an accuracy rate of 74.46%. The above pass map shows all the passes that were successfully delivered by the player. He played a lot of passes into the opposition’s penalty box and created threats toward the opposition goal. Most of the passes were directed toward Kyle Walker-Peters, who featured as the left-back in the team. Elyounoussi has also featured on the right side. Leicester City already have Harvey Barnes in the left-wing position. If they sign Elyounoussi, then he might be used in the right-wing position. 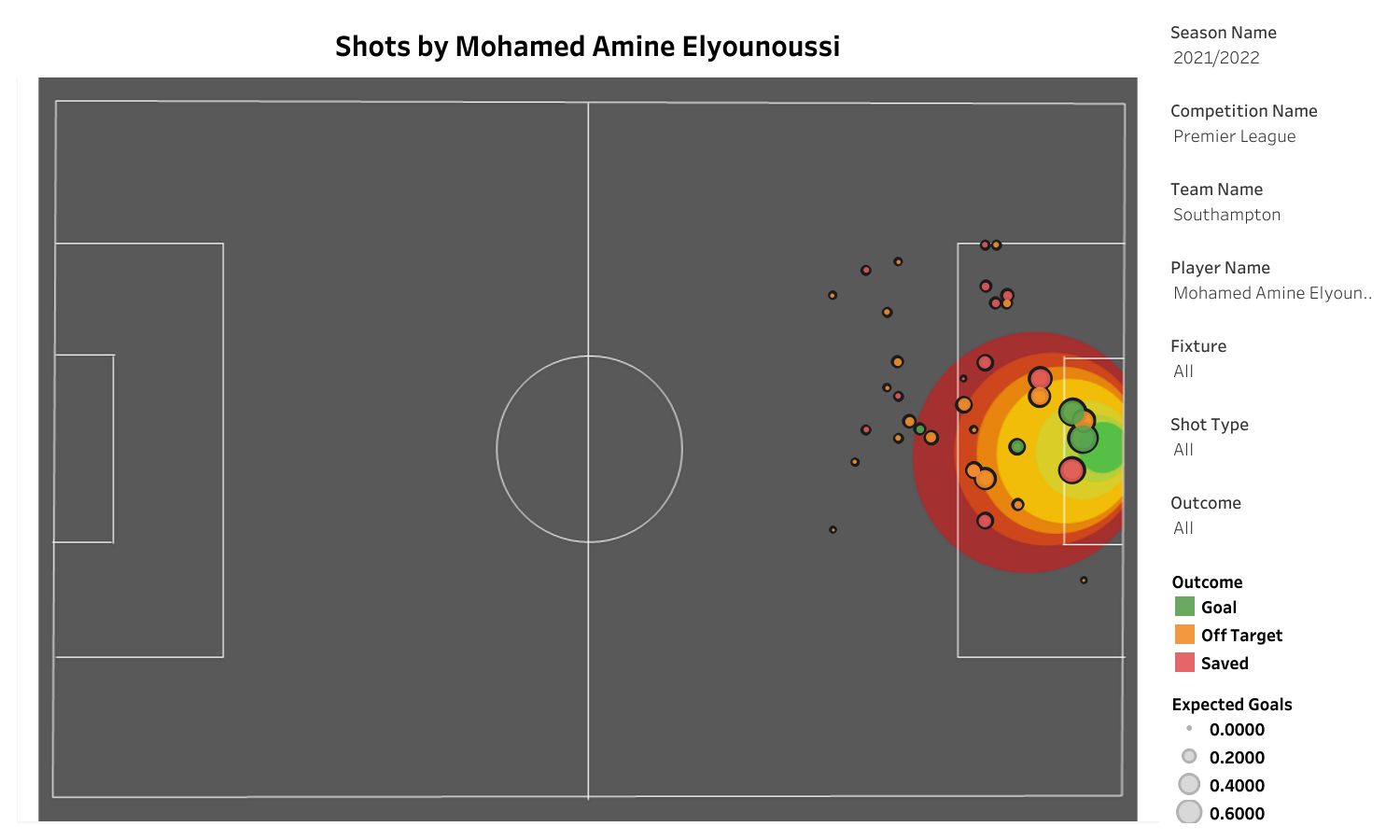 The Norwegian has shown a lot of improvement since joining the club. He is now a crucial member of Southampton’s squad. Leicester City would like to sign him, but it depends on the player whether he wants to stay or leave the club in the summer.