Leicester City will host Brentford at the King Power stadium in their opening fixture of the English Premier League 2022/23 season. The Foxes failed to qualify for the European competition last season after a poor season. Brentford had a decent first English Premier League campaign, and they will look to retain their place in the English top-flight for the next season.

The Foxes finished the last season in eighth place with 14 wins, 10 draws and 14 losses. Brendan Rodgers’ men scored 62 goals with an xG rate of 50.21. The main concern for the manager will be his defence. Leicester conceded 59 goals with the second-worst xGA rate of 73.65. The Foxes have yet to sign a player this season.

Let us look at some of the stats that show how the two teams could be performing in their opening fixture.

Leicester City players attempted 421 shots last season and hit the target 160 times. They had a 35% shot accuracy rate, and this was high according to the standards of the league last season. 248 shots were attempted from inside the opposition’s penalty box, and 110 were on target. Brentford players attempted 409 shots, with 146 on target. They attempted 276 shots from inside the box. Leicester had a high shot accuracy and conversion rate last season. They will look to achieve the same feat this time. 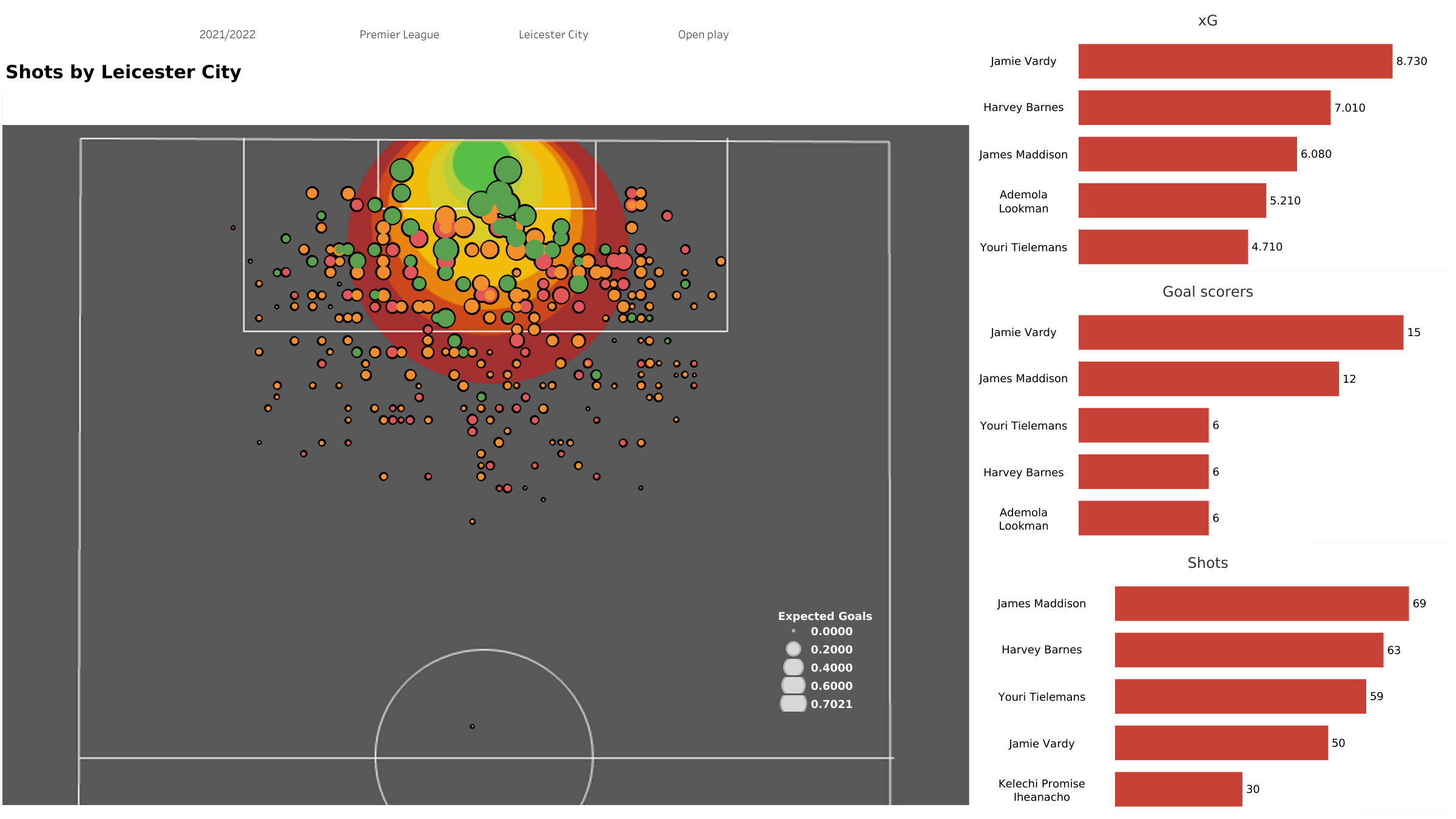 The Foxes scored the majority of their goals from open play. They penetrated the opposition’s penalty box on a few occasions and found the back of the net. The above viz shows that a lot of goals have been scored from inside the 6-yard box and right from the edge of it. Brentford and other teams will have to be careful against the threat caused by Leicester City. 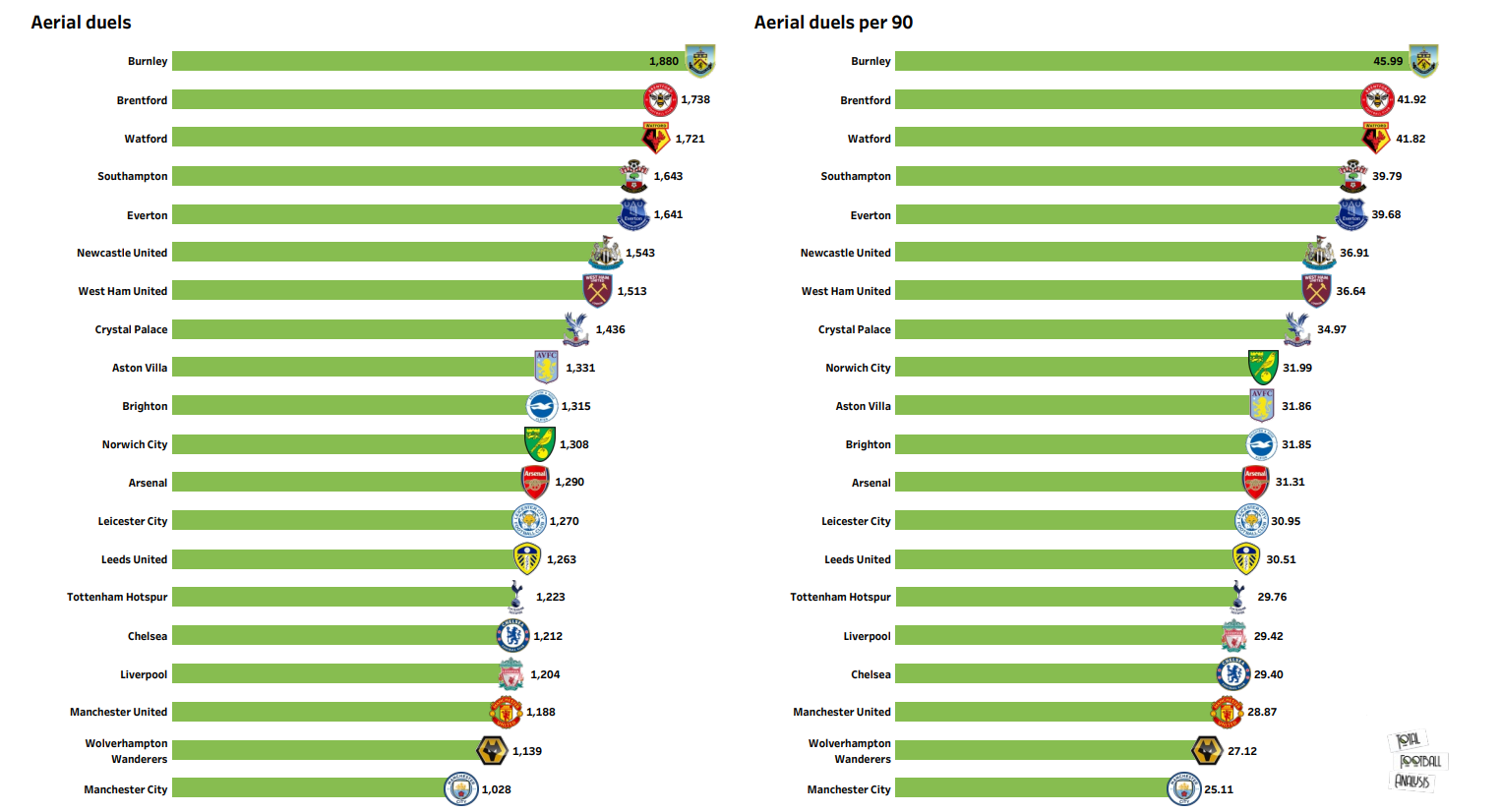 One of the areas where Brentford have an advantage is in winning the aerial duels. Last season, the Bees contested 1,738 aerial duels and won 820 of them. They will look to take advantage of their aerial strength during set-pieces and make it difficult for Leicester City players to defend the goal.

Harvey Barnes and Ricardo Pereira will be the notable absentees for the Foxes in this game. Kasper Schmeichel has also left the club, and they will have a new regular face in between the sticks. For Brentford, Ben Mee and Aaron Hickey could make their league debuts. Ben Mee has already spent a few years in the English top flight and will bring a lot of experience to the side.

Leicester City go in as the favourites to take three points from this match. However, Brentford won their opening match last season and will look to repeat the same this time. This will be a crucial match for both teams to kick off their season.