Leicester City and Southampton face each other at the King Power Stadium in their third fixture of the English Premier League 2022/23 season. Both teams are chasing their first wins of the season after earning just a single point from their first two matches.

Leicester City suffered a 2-4 defeat at the hands of Arsenal in their last match. The Foxes were dominated by Mikel Arteta’s men and were unable to create enough threats to the opposition goal. Leicester have scored four goals this season with a low average xG rate of 0.59. They have conceded six goals, and that is the biggest concern for the manager.

Southampton earned their first points of the season after making a comeback against Leeds United to earn a 2-2 draw. They have scored three goals in two matches, with an average xG rate of 1.19. Their defence has also leaked six goals due to their attacking style of football.

Let us look at three things according to stats that could happen in a crucial match between these two teams.

Brendan Rodgers might make changes to the team following their poor display in the attack. Leicester have scored four goals but have failed to create enough threats. The same thing goes for Southampton, as they are also desperate for points from this game. 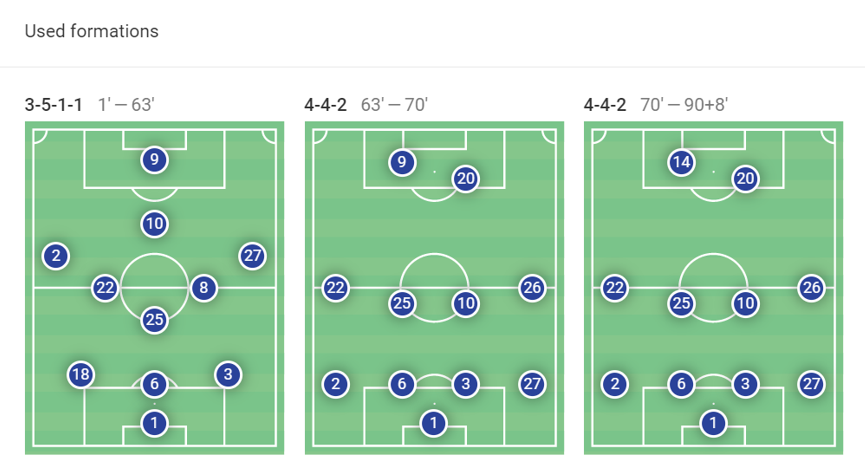 Leicester City started their first two matches in a 3-5-1-1 formation. In the last match, Brendan Rodgers’ men attempted four shots. Only one shot was attempted till the 70th minute of the match. The sudden change in the formation and the introduction of an extra striker (as shown in the above viz) resulted in two goals. This might tempt Rodgers to change the formation in this match.

We can expect a few changes in the line-ups of both teams, and they might play with two strikers.

Southampton are likely to be the more attacking team in the match. They have a better xG rate than the Foxes and carry more threats towards the opponent’s goal. 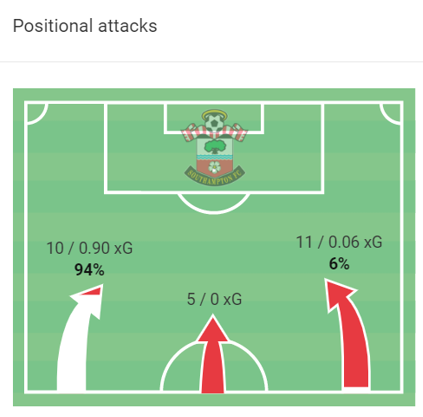 The Saints averaged 31 positional attacks and 2.5 counterattacks in these two matches. In both matches, Hasenhüttl’s men created more chances from the right side. They average 11 shots per game with a 32% shot accuracy rate. The full-backs of both these teams like to attack, and we can witness a lot of play on the flanks in this match. 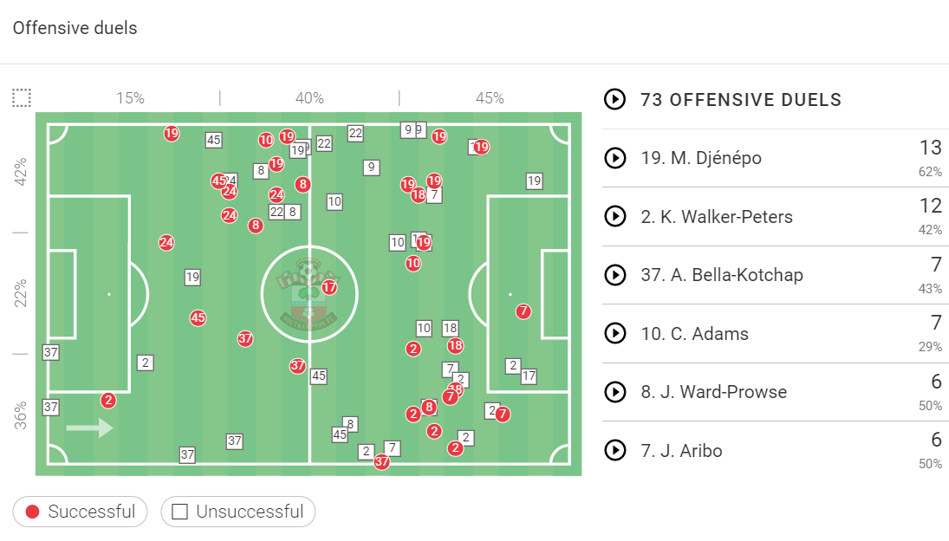 Southampton’s offensive duels win rate in the attacking and middle third will create trouble for the opposition. In the last match, they contested 73 offensive duels and won 34. They have won a lot of duels in the attacking third, especially on the flanks. Moussa Djenepo and Kyle Walker-Peters contested 25 duels and won 13. They will once again play a key role in this match. 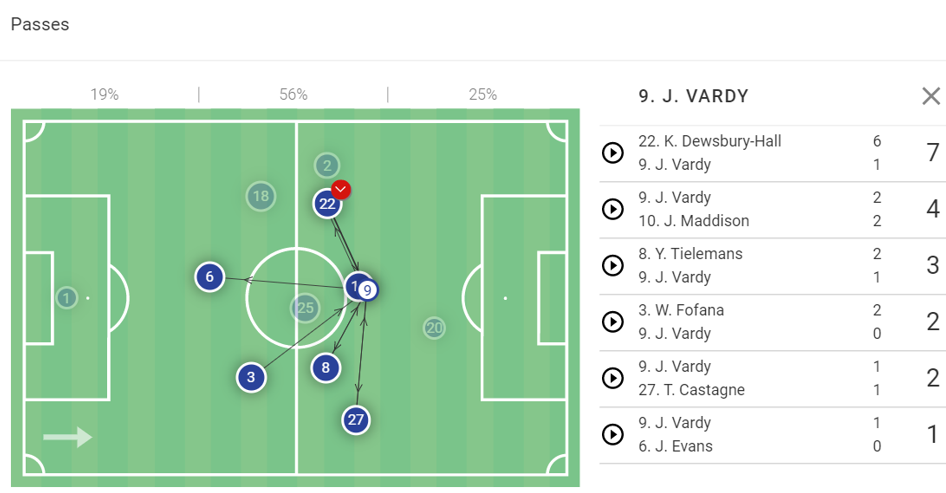 Leicester City will be desperate to see their strikers get on the scoresheet, especially Jamie Vardy. The former England international has failed to attempt a shot in these two matches. Patson Daka is the only Leicester forward who has attempted a shot. Vardy averaged 2.3 shots per 90 minutes last season with a 50% shot accuracy rate. This season, he is struggling to find space but has created a goal for his teammate. He will look to get on the scoresheet in this match and change the fortunes of his side.

Rodgers will make some changes to the team to earn their first win of the season. He might introduce a player in the attack and also make a defensive change in the centre-back position. The manager also needs some recruitment to boost his options from the bench.

Ralph Hasenhüttl is under a lot of pressure and is in search of his first win. He will play the strongest XI in this match. The last match’s goalscorer, Joe Aribo, is likely to return to the playing XI alongside Sekou Mara.

Both teams are looking for their first win of the season. The two managers are under a bit of pressure and neither can afford a loss. Southampton will play their attacking style of football. However, Leicester City are also a tough team to beat and can hit any team on the counterattack. They will be eyeing chances to break the Saints’ defence and earn their first victory of the season in front of the home crowd.