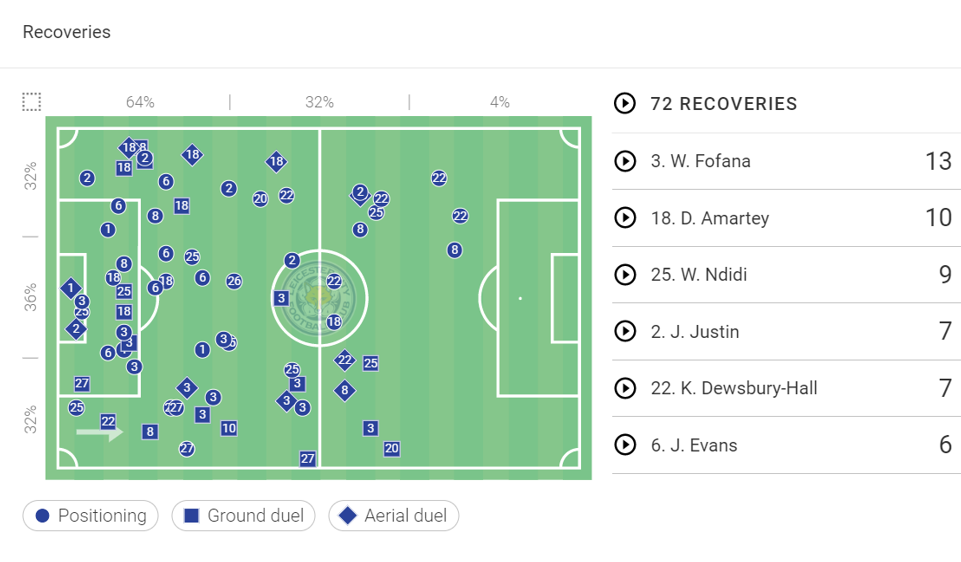 Leicester City players made 72 recoveries, with 43 coming in the defensive third, 26 in the middle third and only three in the final third. The centre-back trio made 30 interceptions in the game.

Leicester City were dominated by Arsenal, and they eventually lost the match. The Foxes were unable to create enough chances against a better opponent. Brendan Rodgers will look to add more faces to the squad before the end of the transfer window. Arsenal played better to come out with three points.