Leicester City will host Aston Villa at the King Power Stadium in the English Premier League. Both teams are struggling for points recently, with Leicester City being winless in their last two league games, and Aston Villa on a four-match losing streak. The previous meeting between the two teams ended 2-1 in favour of Villa.

Leicester City have won 11, drawn eight, and lost 12 games this season in the league. Brendan Rodgers’ men are currently ranked in the top half of the table and have scored 47 goals with an xG rate of 40.55. In return, they have conceded 51 goals and have the second-highest xGA rate of 63.62. 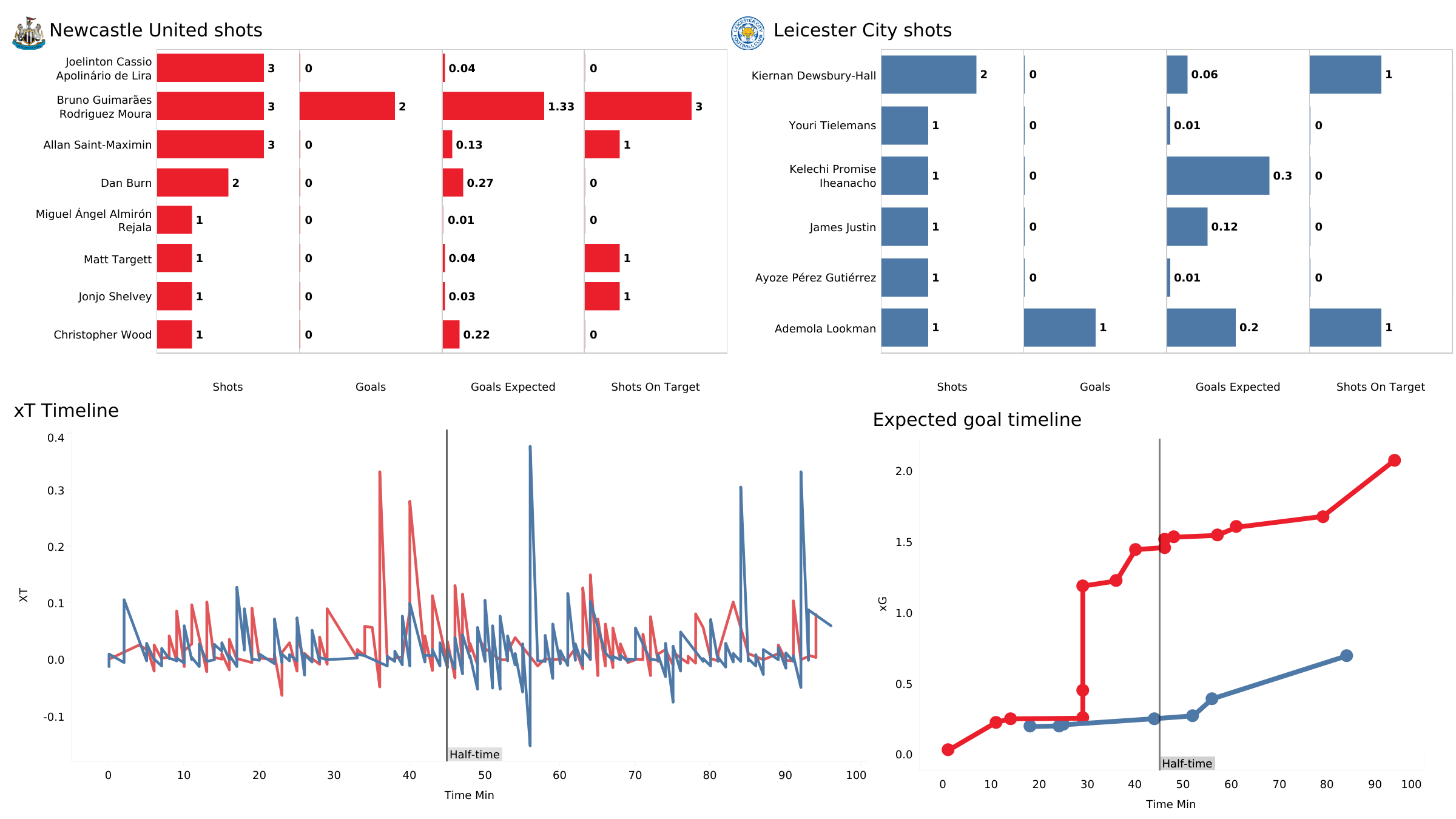 Leicester City conceded an injury-time goal and lost their match against Newcastle United 1-2. The Foxes had 65% of the ball possession and created 28 positional attacks along with one counterattack. They attempted seven shots, and two of them were on target. Leicester City players created more threats in the second half of the match. 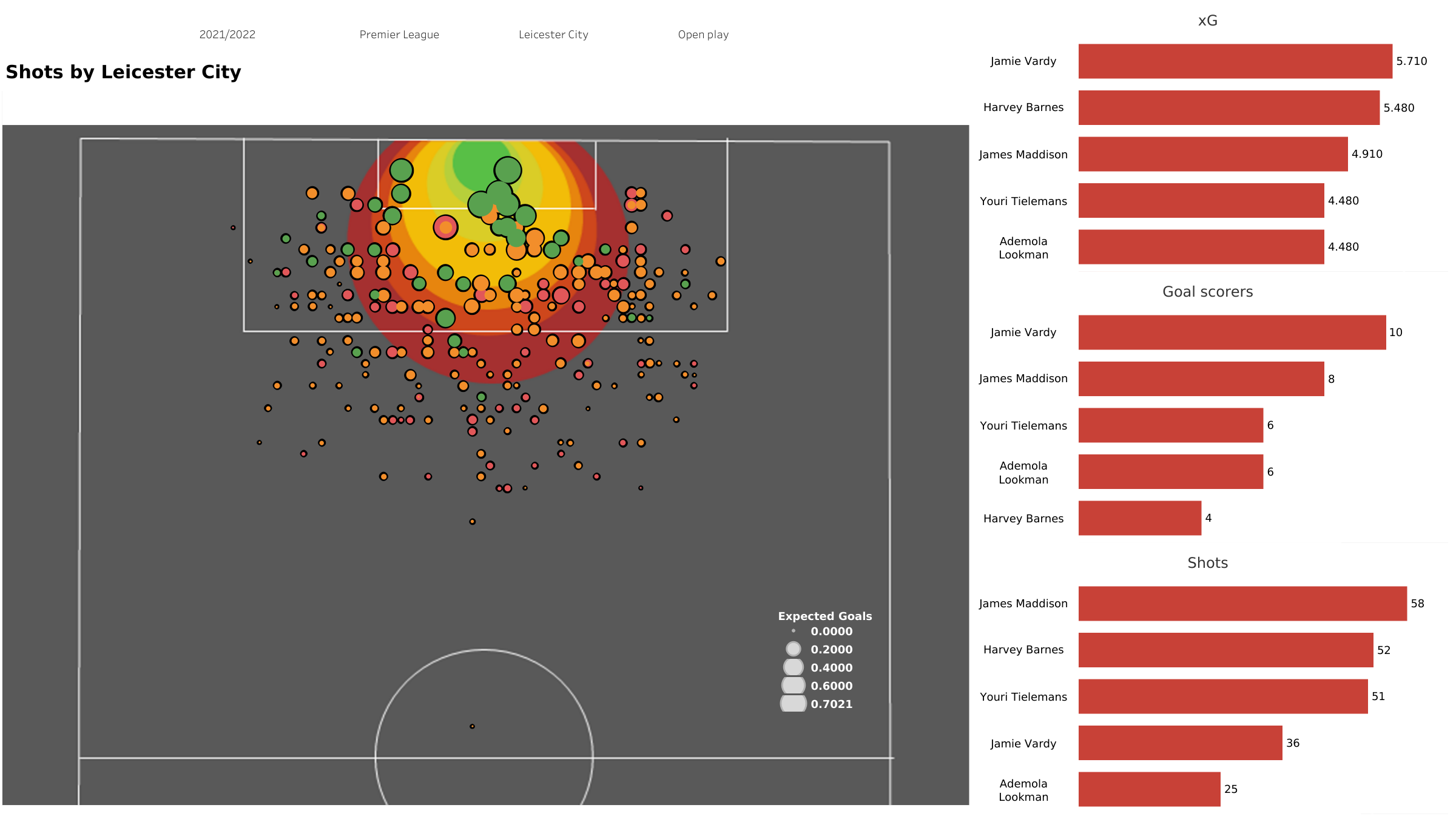 The Foxes have attempted 349 shots this season in the Premier League. They have managed to hit the target with 127 shots and average around 3.78 shots per 90 minutes. Of these 349 shots, 207 have been attempted from inside the opposition’s penalty box, and 86 of them were on target. The above viz shows that Leicester City have scored a lot of goals from open play, especially from inside the opposition’s 6-yard box. From the above viz, we can also observe that the Foxes like to attack more from the left side.

Leicester City will still be without Jamie Vardy, Ryan Bertrand, and Wilfred Ndidi for this match. Brendan Rodgers can make some defensive changes in the match and bring in James Justin and Caglar Soyuncu into the starting XI.

Aston Villa’s defeat against Spurs meant that Steven Gerrard’s men have won 11, drawn three, and lost 17 matches this season. They have scored 42 goals this season and conceded 46. The xG rate of the team was 36.68, and the xGA rate was 42.42. 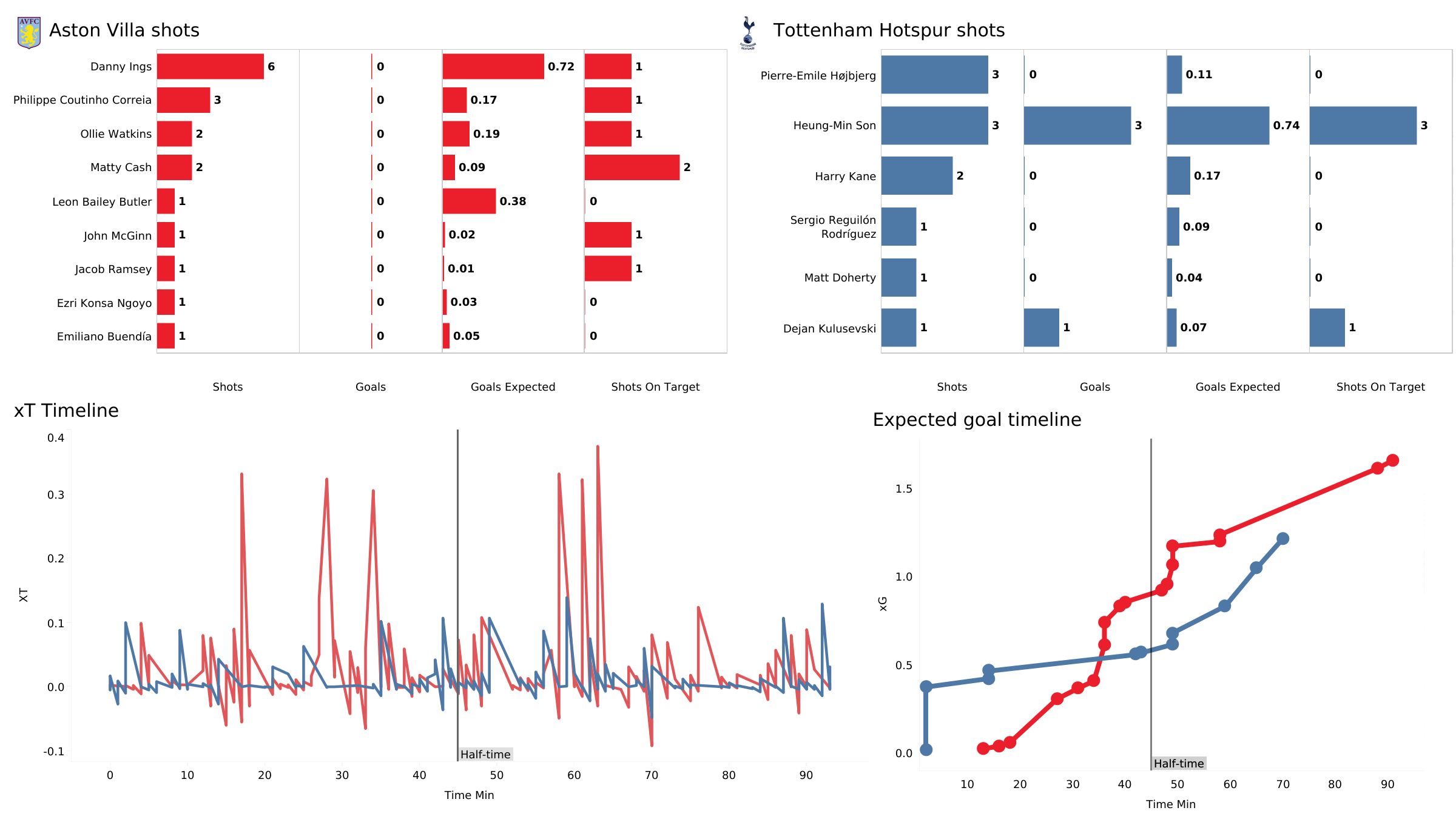 Aston Villa suffered a humiliating 0-4 defeat against Spurs in the previous round. They had 52% of the ball possession and created 33 positional attacks, along with two counterattacks. Villa players attempted 18 shots and managed to hit the target eight times. The above viz shows that Aston Villa created more threats than the opposition but failed to score any goals. 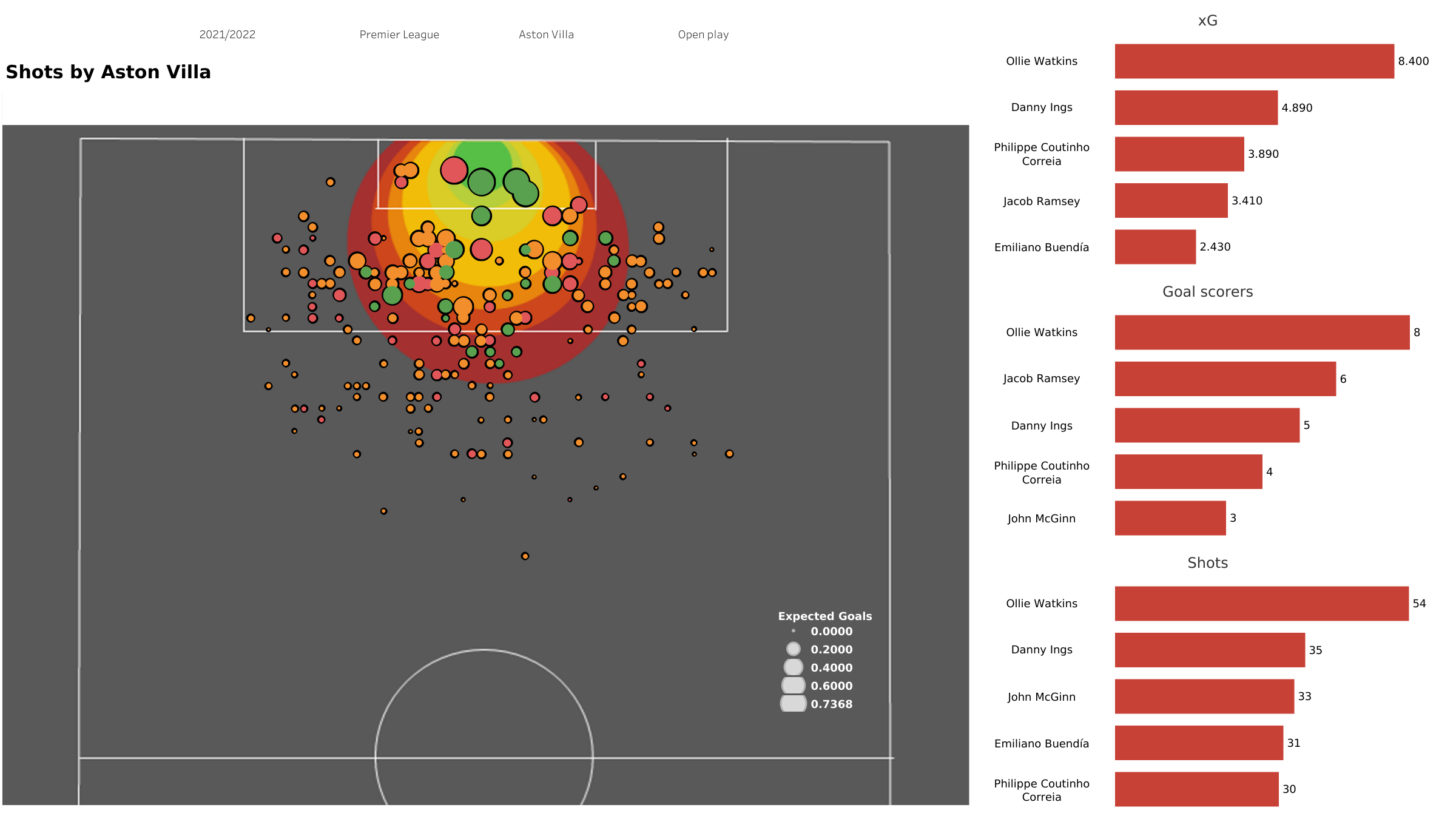 Aston Villa players attempted 344 shots and managed to hit the target 124 times. Of these 344 shots, 143 have been attempted from outside the opposition’s penalty box. From the above map, we can observe that Villa have scored fewer goals from open play than Leicester City. They have scored more goals from the centre.

Lucas Digne got injured in the defeat against Spurs and will miss the rest of the season. This means that Steven Gerrard will be without a left-back for the remainder of the season. Leon Bailey and Emi Buendia will expect to get a start in this match.