Leicester City were left disappointed at home after Brentford came from behind to earn a 2-2 draw in the English Premier League. Timothy Castagne scored a goal in the first half to give his side the lead before Kiernan Dewsbury-Hall doubled the advantage early in the second half. Ivan Toney started the scoring for the Bees before Josh Dasilva registered an equaliser towards the end of the match.

How many passes were attempted by Leicester players to the final third? How many positional attacks were created by Brentford? 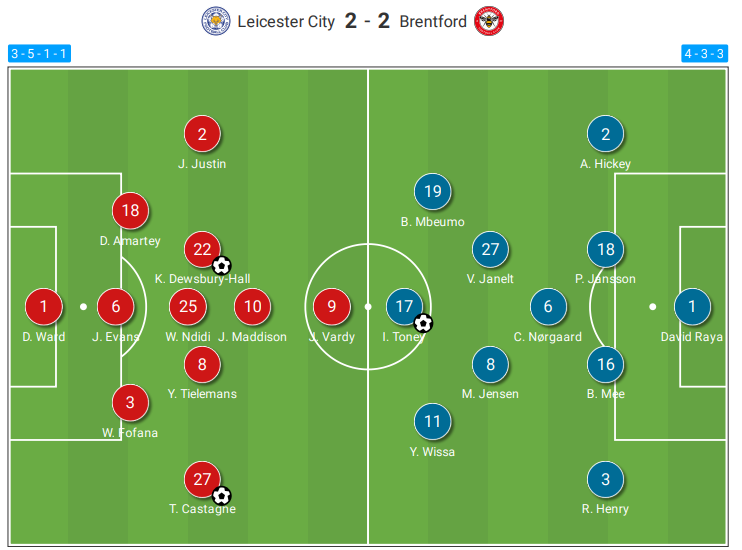