Leicester City have extended their unbeaten run to three games after a 2-1 victory over Crystal Palace in the English Premier League. Ademola Lookman and Kiernan Dewsbury-Hall gave their side a 2-0 lead towards the end of the first half. Wilfried Zaha scored a goal in the second half, but that goal wasn’t enough to earn any points for the Eagles.

* average positions and much more!

What were the xT creation zones for Leicester City? Which Crystal Palace player attempted the highest number of shots?

To navigate the stats gallery simply click on the numbers to move through the pages. 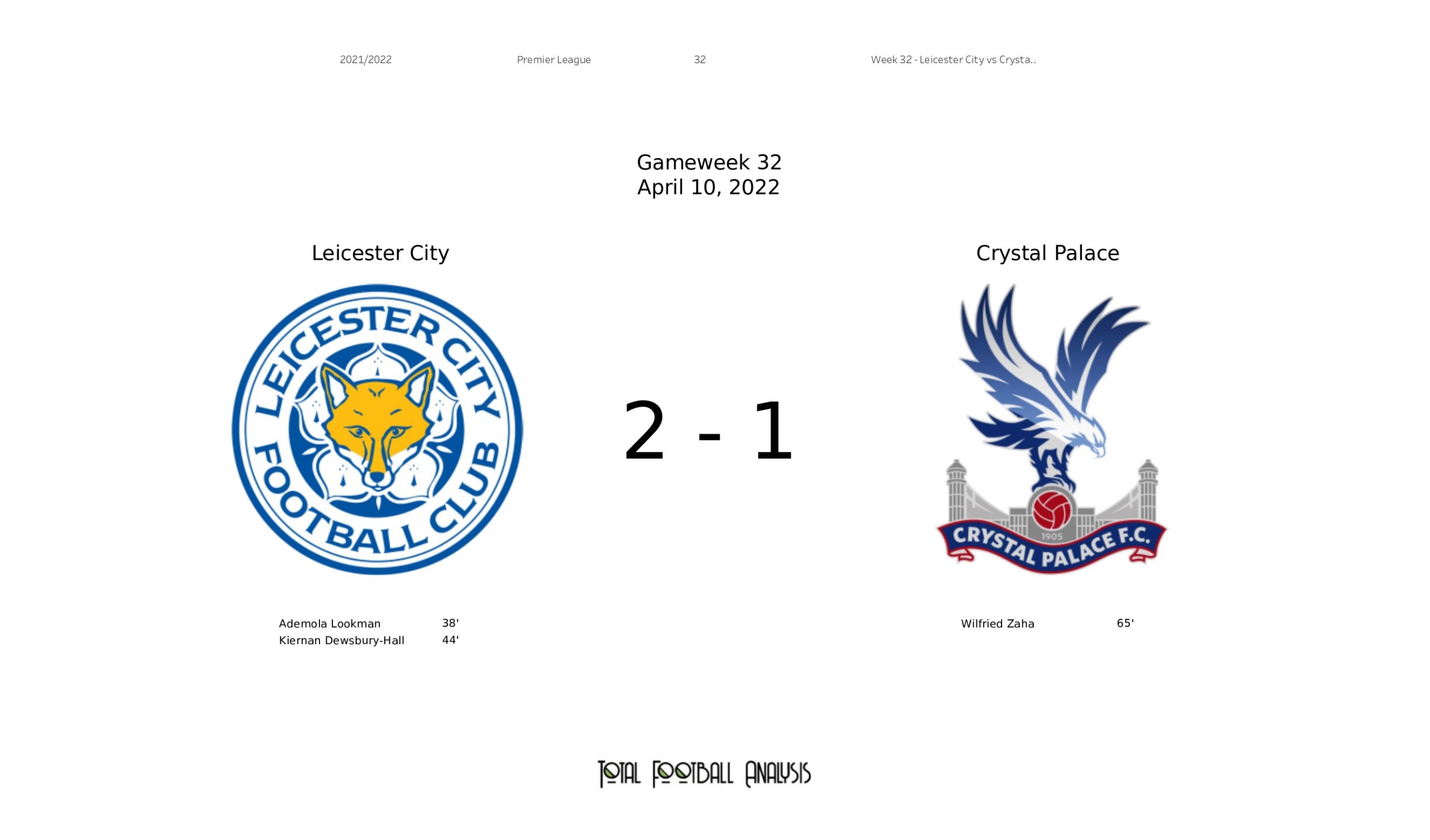