Leicester City’s winless run in the English Premier League has now extended to four matches after the Foxes suffered a 1-3 defeat at the hands of Tottenham Hotspur. Harry Kane opened the scoring for Spurs, and Son Heung-Min scored a brace to secure three points for his side. Kelechi Ineanacho scored the only goal for Leicester City towards the end of the match.

Which Tottenham Hotspur player won the most number of aerial duels? How many positional attacks were created by Leicester City? 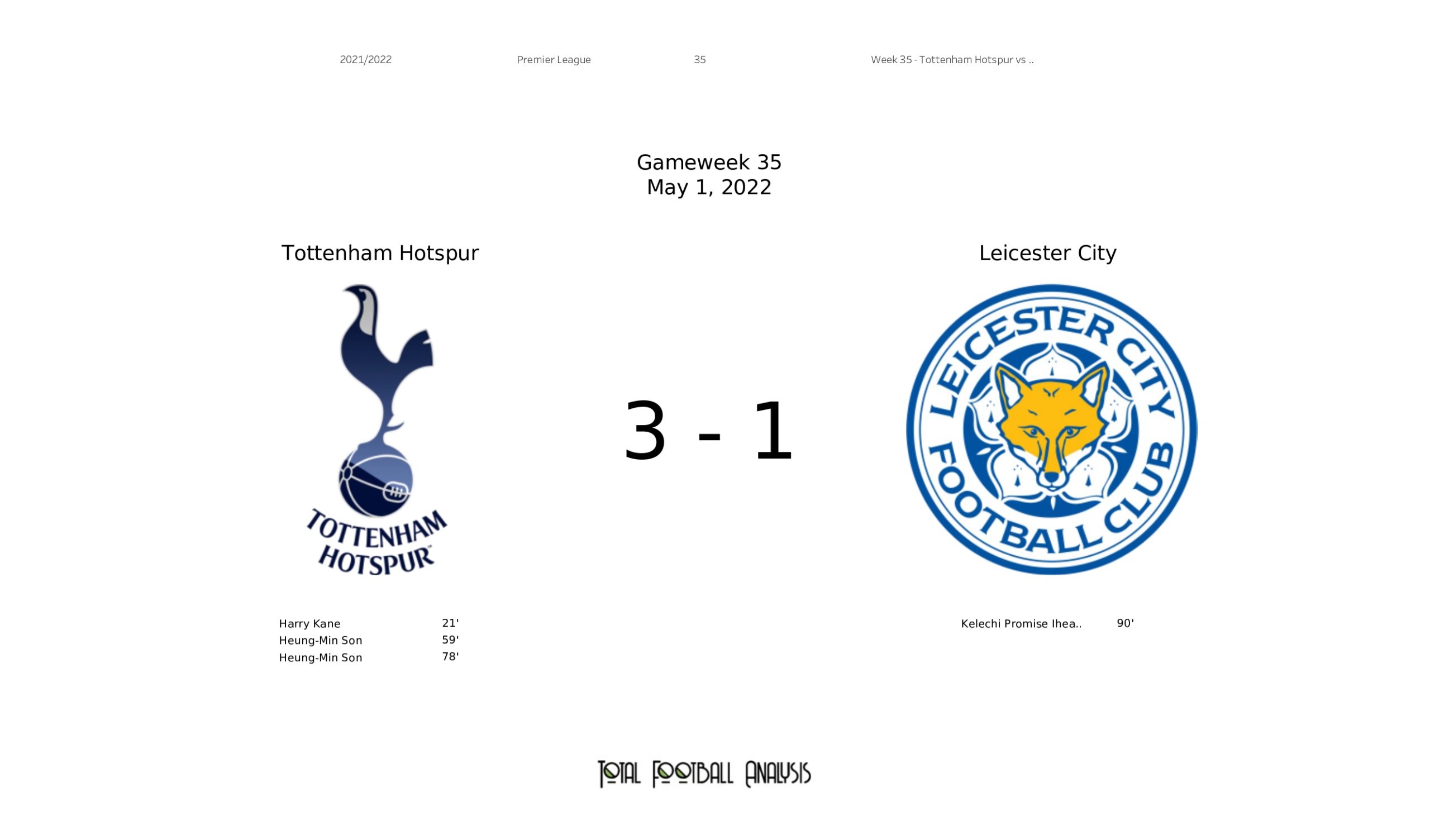