Leicester City are monitoring a move for AS Monaco winger Sofiane Diop. The 22-year-old is an attacking midfielder who played on the wings for the French side. Some of the Leicester City players are on the verge of leaving the club, and Brendan Rodgers is looking to recruit players. Ademola Lookman was signed on a season-long loan from RB Leipzig, and he is likely to return to his parent club. Leicester City will be short of wingers in their team, with Harvey Barnes being the only wide forward remaining. Patson Daka can also play on the wing, but Brendan Rodgers used him in the number nine role last season. The manager has identified Sofiane Diop as the player to bolster their wings. 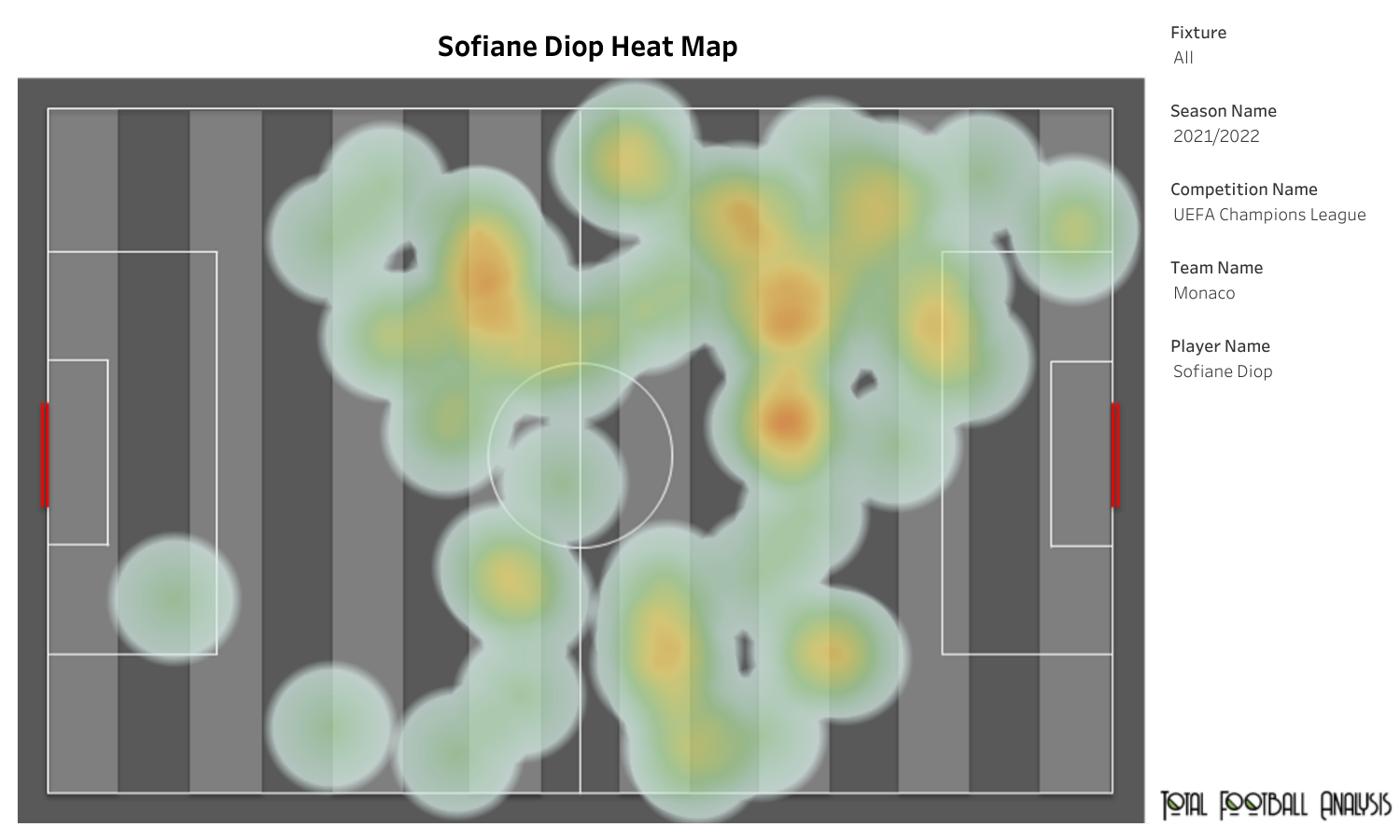 Diop made 45 appearances in all competitions for Monaco last season. He scored nine goals and provided seven assists. The above viz shows the heat map of the player in the four UEFA Champions League appearances that he made last season. The 22-year-old came off the bench in all four of them. He spent 158 minutes on the pitch and scored a goal along with an assist. The above viz shows that the player featured on both sides of the field, with the left wing being the side where he was mostly used from. Leicester City have Harvey Barnes in the left wing position. Diop can operate on the other side, and that could add a lot of pace to Leicester City’s attack. 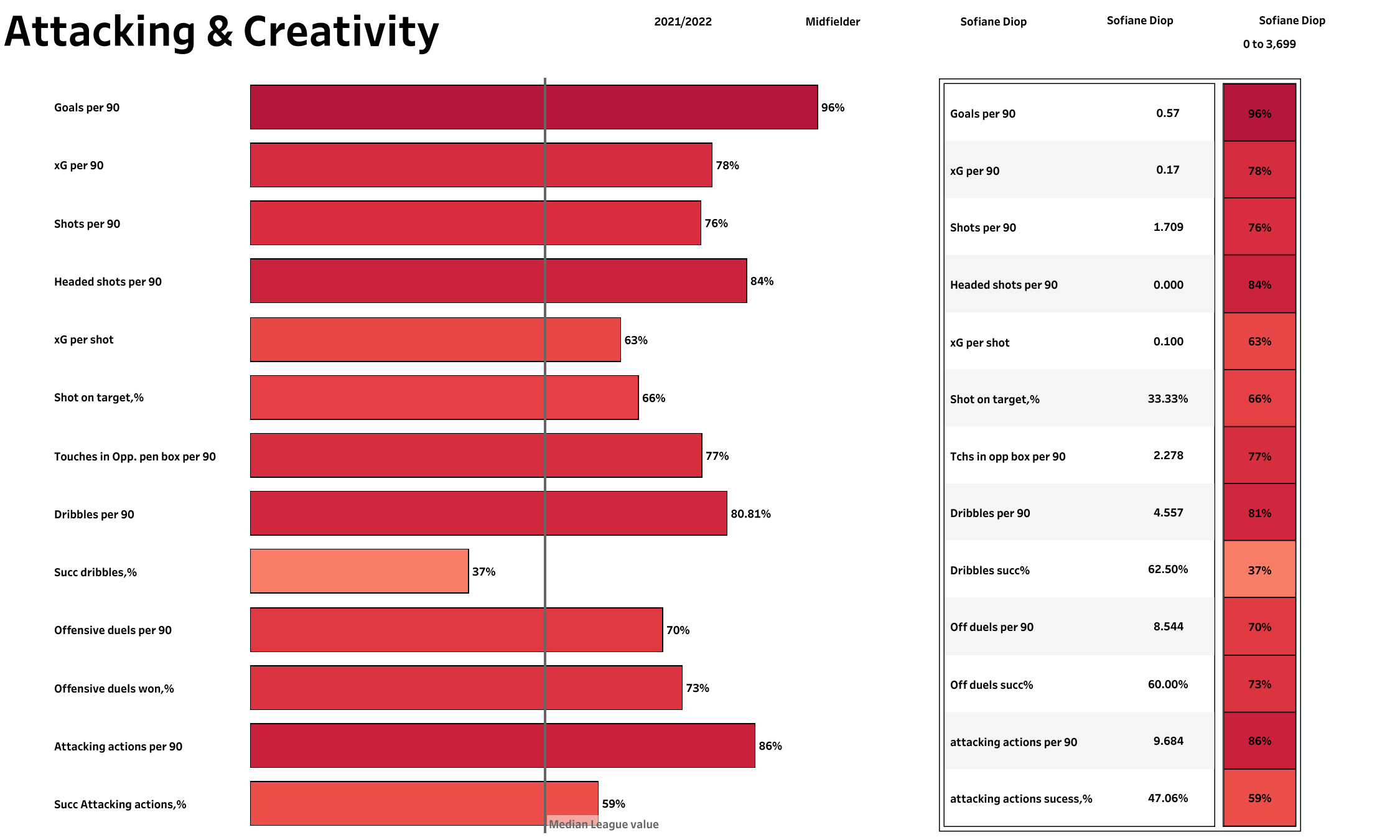 The above viz shows the attacking and creativity stats in comparison to the other midfielders in the league. When looking at the above chart, the general rule is that the longer the bar, the better the performance — you can see the league average in the middle, and the % is the percentile rank the player is in. Diop had a lot of impact on the games in the limited time that he spent on the field. He attempted three shots with a shot accuracy rate of 33.33%. The Monaco player was involved in 9.68 attacking actions and had a 47.06% success rate. Diop carried some attacking threat with him whenever he had the ball at his feet. 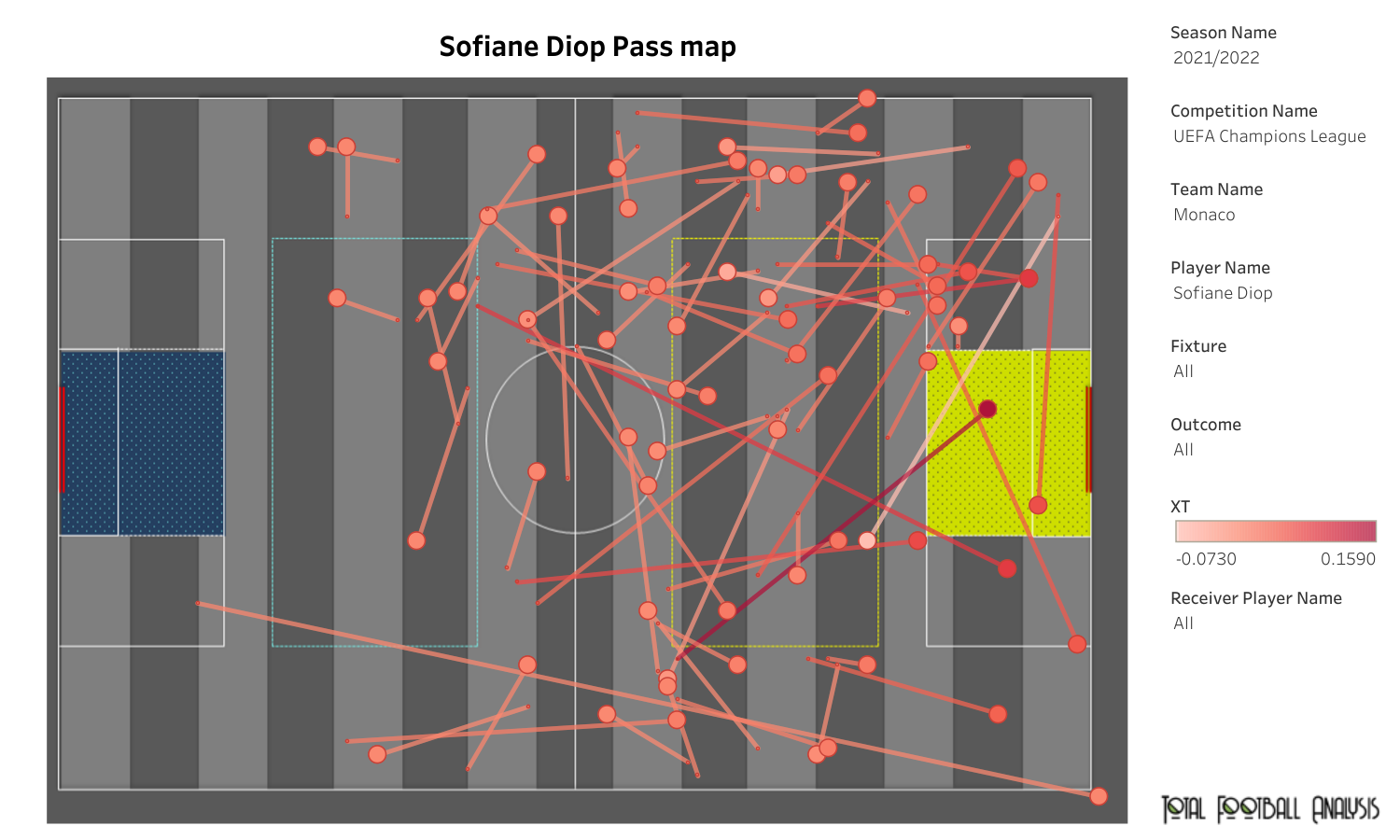 Diop created chances for his teammates and provided an assist. He averaged 39.87 passes per 90 minutes with a 75.71% passing accuracy rate. The above viz shows that the player attempted a lot of passes from the middle third towards the wider sides of the final third. Overall, the player attempted one cross, five smart passes, and through passes each. He showed variety in passing and carried a threat with him.

The 22-year-old could be on the move to the English Premier League. However, the Foxes will face a lot of competition to sign the French U-21 international. He could accompany Jamie Vardy and Harvey Barnes in the attack and could also give some cameos coming off the bench. Leicester City will look to acquire his services as early as possible.