Leicester City signed Jannik Vestergaard from English Premier League rivals Southampton last season. This season, they have shown their interest in their defensive partner, Jan Bednarek. The Polish international signed for Southampton in 2017 and has been a regular for them, making 131 appearances in the English Premier League. The player possesses a good passing ability and is good in the air. Leicester City require a defender because some of their current defenders are wanted by other clubs. Bednarek could be a suitable option for Brendan Rodgers’ side and some of the stats from last season show why Leicester have shown their interest in the centre-back. 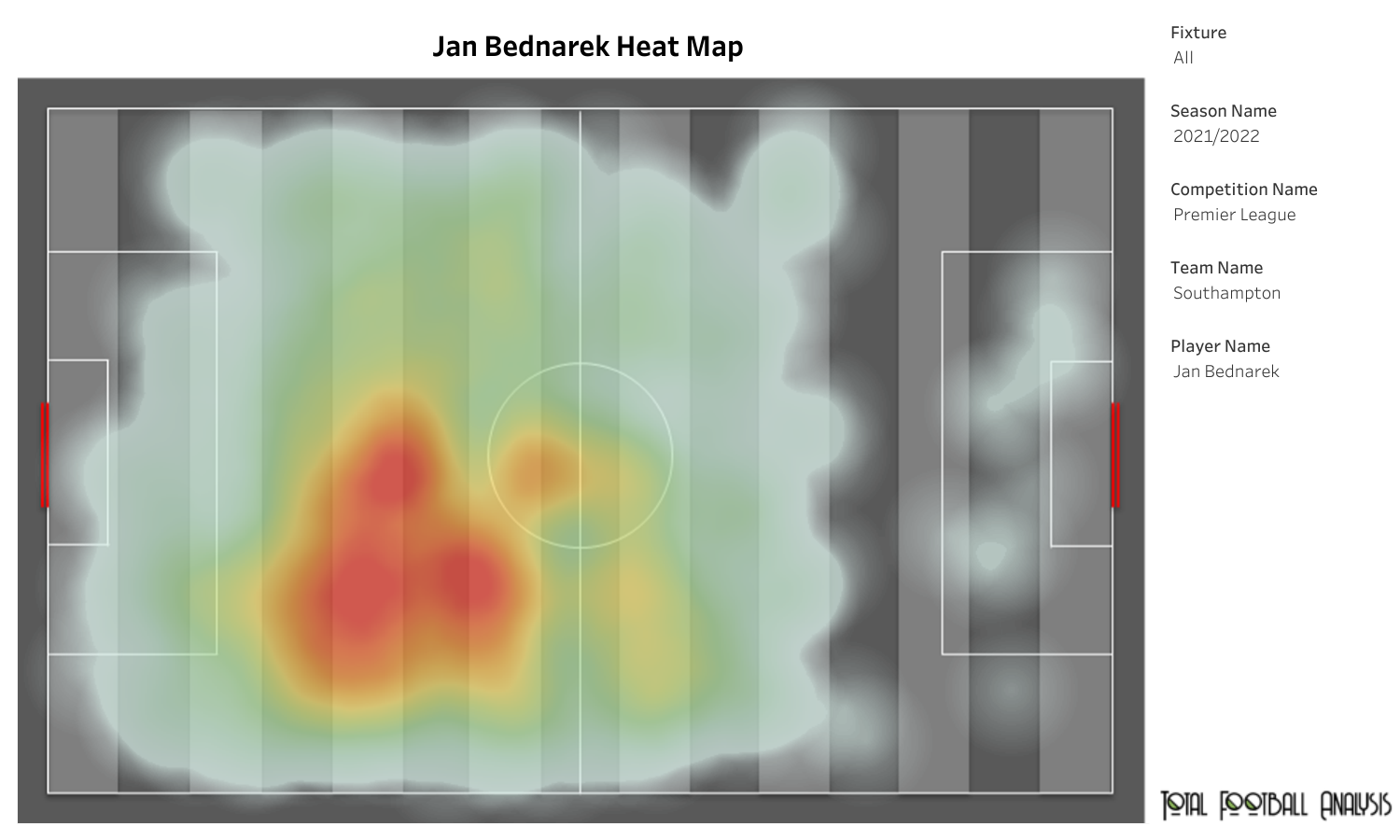 Bednarek made 131 appearances for Southampton in the English Premier League and scored four goals. The above viz shows the heat map of the player. He featured as a right centre-back. Bednarek attempted 42.08 passes per 90 minutes and had an accuracy rate of 88%. His passes were simple and most of them were towards James Ward-Prowse. 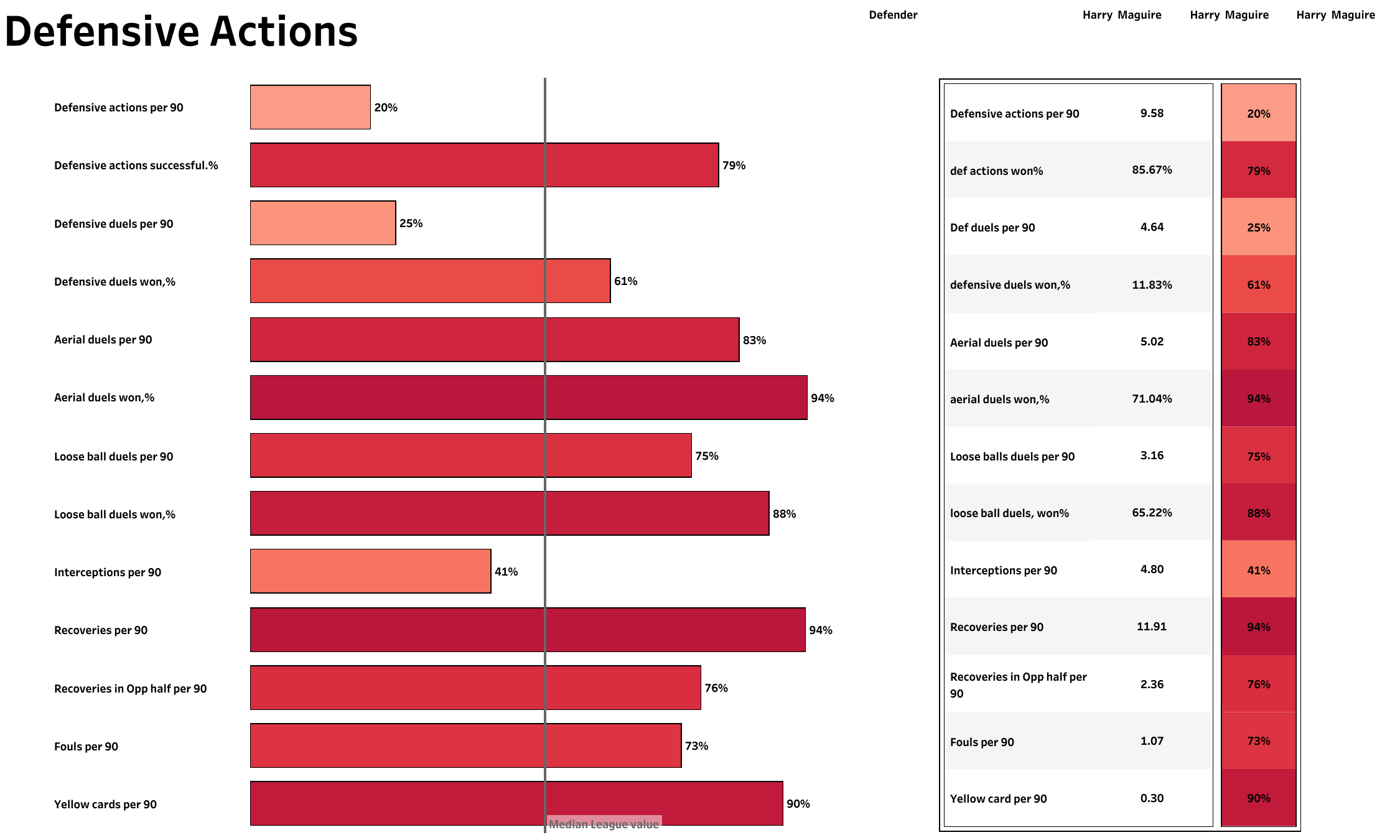 The 26-year-old made some crucial defensive contributions last season and was ranked highly amongst other defenders. When looking at the above chart, the general rule is that the longer the bar, the better the performance — you can see the league average in the middle, and the % is the percentile rank the player is in. Bednarek was involved in only 9.6 defensive actions but had a high success rate of 85.67%. The centre-back had a high win percentage for aerial duels and loose ball duels. He even averaged around 12 recoveries per 90 minutes, and more than two were made inside the opposition’s half. Bednarek had no discipline as he received a yellow card in every game. Overall, he had a good defensive record last season. 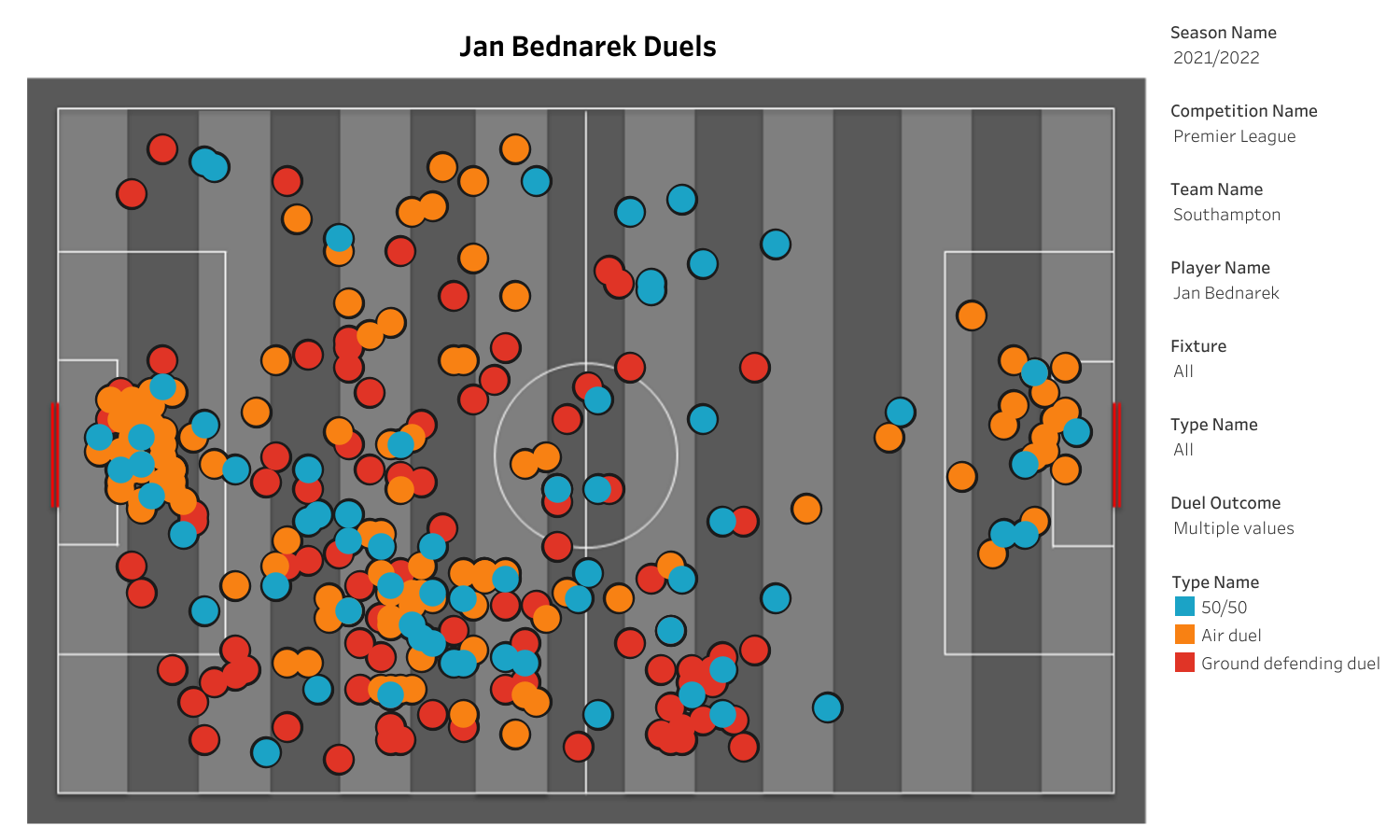 The above viz shows all the duels that Bednarek won or the duels that ended in a neutral result. The Polish centre-back won quite a few aerial duels inside his team’s penalty box and inside the opposition’s penalty box. He attempted 12 shots in the season and hit six on target. Of these 12 shots, three were attempted from the head.

Bednarek was one of the top-performing defenders in the English Premier League last season. He has added a goal-scoring instinct to his game and can be a threat during set-pieces. To acquire him, Leicester need to offload one or two defenders. Jan Bednarek is also on the wishlist of other European clubs and might be on the move away in the summer.