Kiernan Dewsbury-Hall won the Leicester City’s players’ Player of the Year after an impressive season in the English Premier League. He came through the Leicester City U-23 team and spent loan spells at Blackpool and Luton Town. Brendan Rodgers gave him chances this season, and the 23-year-old didn’t take any time to capitalise on them. The midfielder cemented his place in the Foxes’ starting XI in the second half of the season.

The 23-year-old midfielder made 28 appearances in the English Premier League and only five appearances came off the bench. He also featured in the UEFA Europa League and the UEFA Conference League. The player managed to score a goal in the league and also assisted twice. 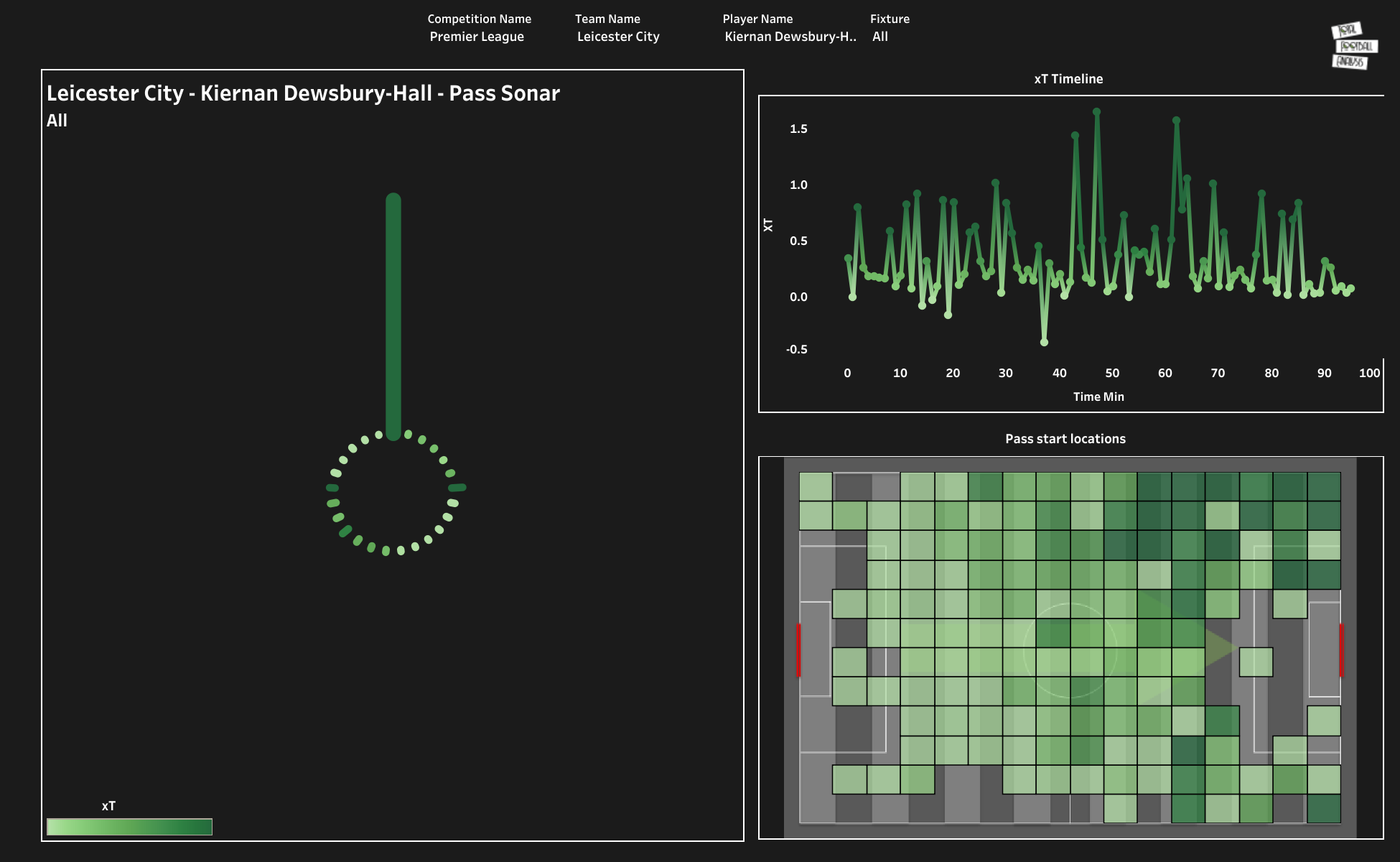 Dewsbury-Hall played on the left side of the midfield three. The above viz shows the pass start location and the threats created by those passes at different time intervals. We can observe that most of the passes that created threats were attempted from the left side. The midfielder took wider positions and stretched the opposition defence. He created more threats in the second half than in the first. 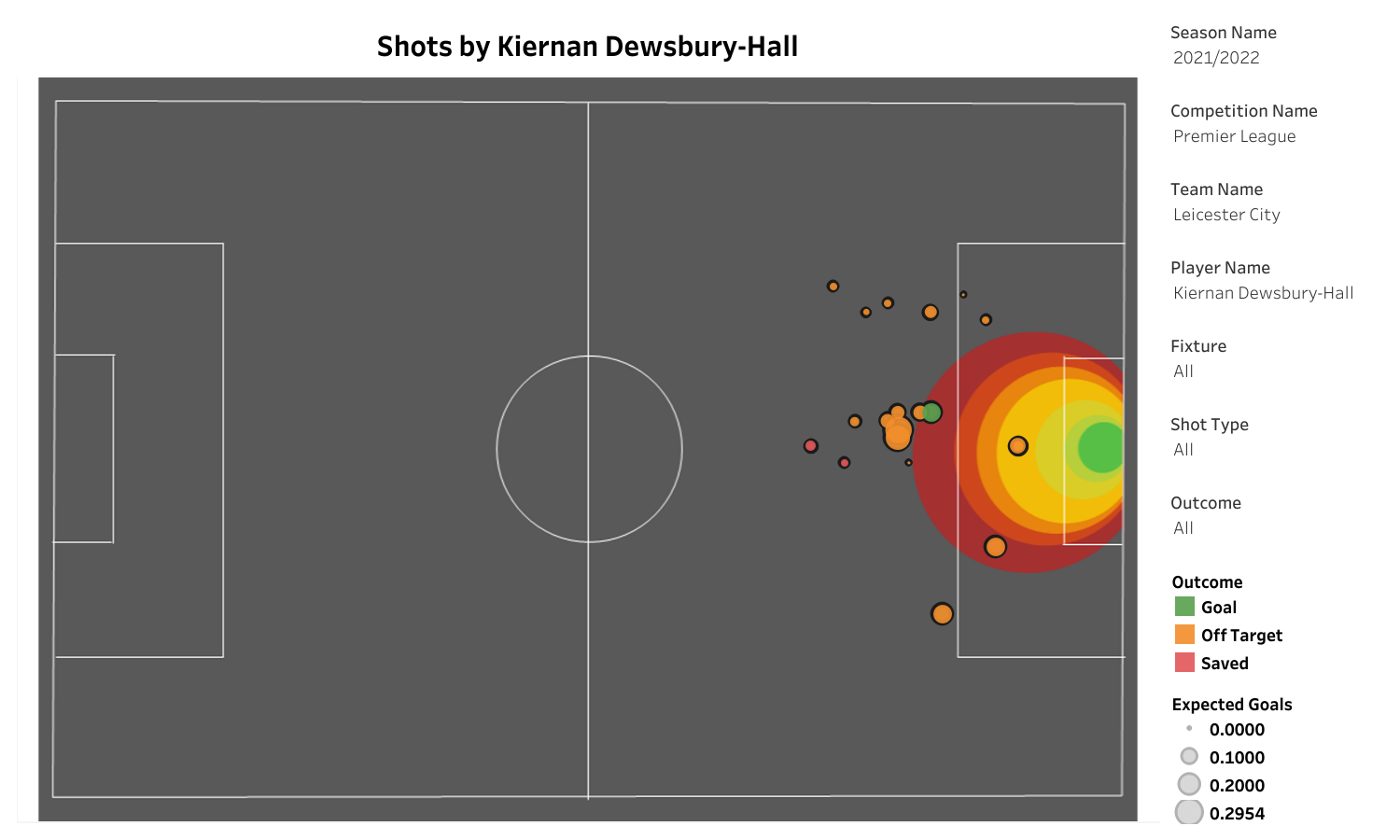 Dewsbury-Hall scored his first goal for Leicester City against Crystal Palace. The above shot map shows all the 19 shots that were attempted by the midfielder. He had a shot accuracy rate of 15.79% as he only managed to hit the target three times. One thing that can be noted is that Dewsbury-Hall attempted most of his shots from outside the opposition’s penalty box. He took 31 touches inside the opposition’s penalty box but only attempted five shots. 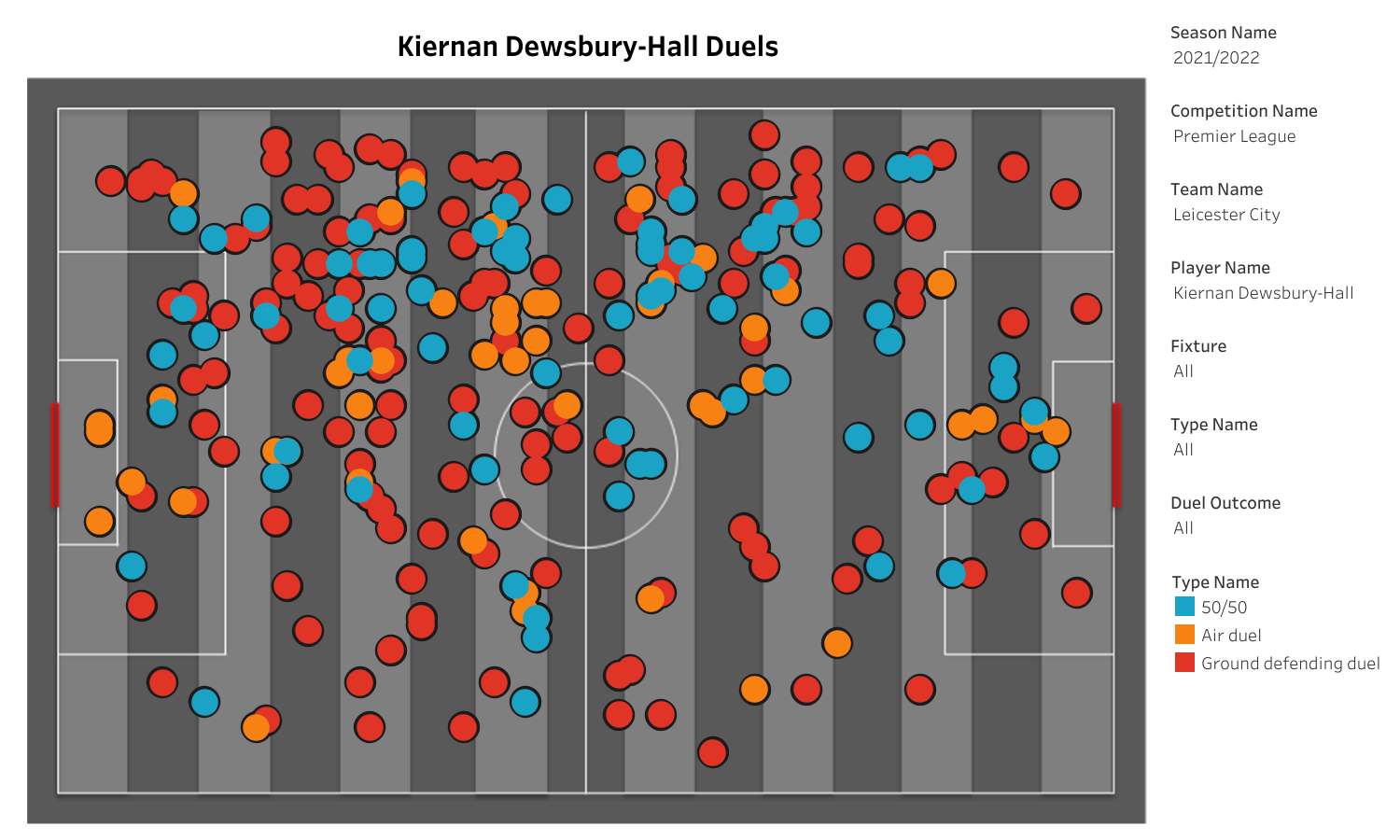 The midfielder was impressive with the defensive duties he performed on the pitch. The above viz shows all the duels that were contested by the player. He averaged 5.89 defensive duels, 1.87 aerial duels and 2.98 loose ball duels per 90 minutes, respectively. However, he failed to win most of the duels and had a win rate of 16.95% for defensive duels, 42.55% for aerial duels, and 37.33% for loose ball duels. Other than this, he averaged four interceptions per 90 minutes and 4.93 recoveries.

Kiernan Dewsbury-Hall gave decent performances for his side in the recently concluded season. He played a crucial role in Leicester City’s finish in the top half of the table. He will look to improve his stats in the next season and contribute more towards scoring goals.