Leicester City are in the race to sign Porto’s midfielder, Fabio Vieira. The 22-year-old had a very productive last season for Porto and is now on the wishlist of a lot of English Premier League clubs. He plays as an attacking midfielder and has made 27 appearances in the league. The player scored six goals and provided 14 assists. He was the creative force behind Porto’s attack. He also featured in the UEFA Champions League, but injuries limited his opportunities. Vieira made only two appearances but provided an assist. His creativity has led to the interest of a few clubs, and the player is likely on the move away from Porto. 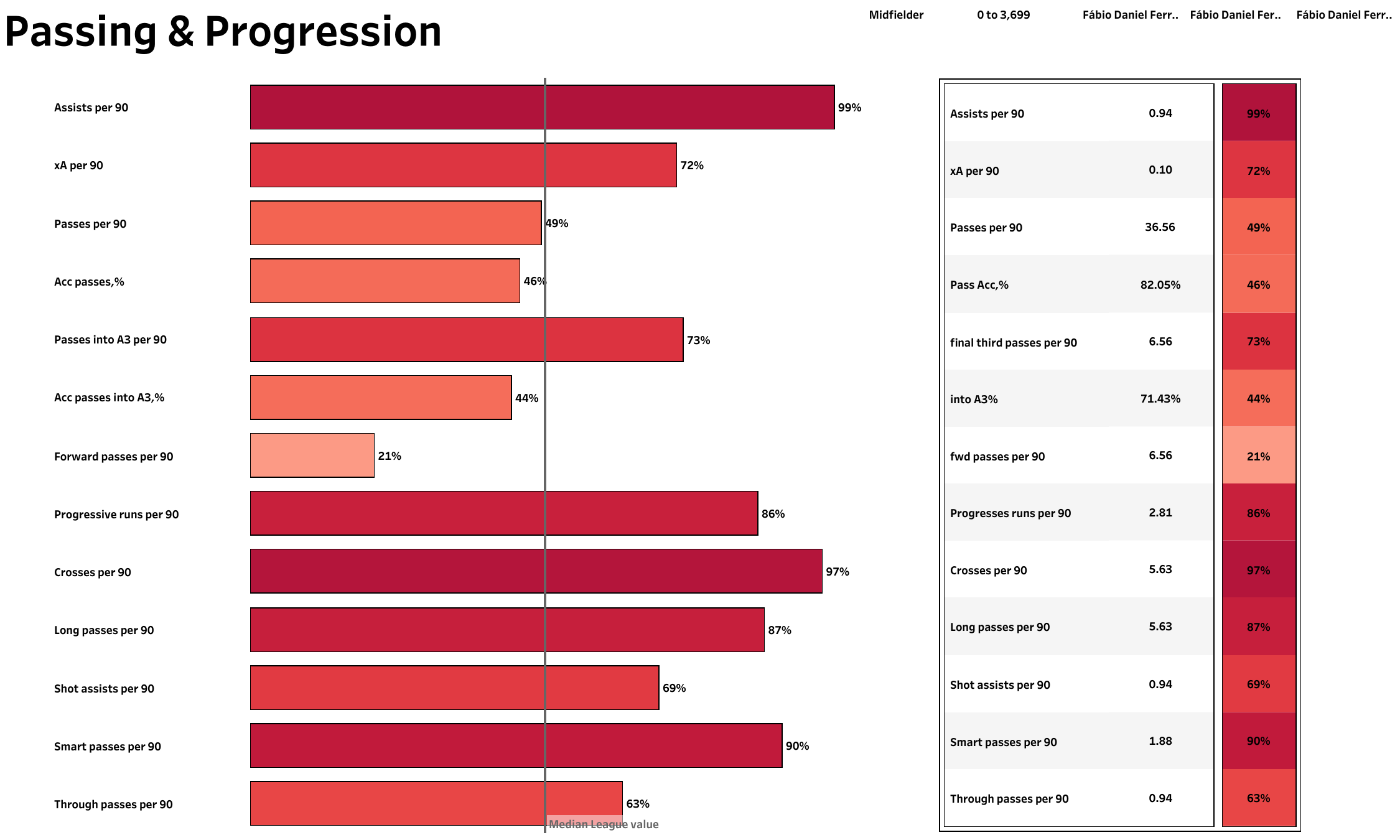 Vieira spent just 96 minutes on the pitch in the two appearances that he made in the UEFA Champions League. He provided an assist against Liverpool and created some threats. When looking at the above chart, the general rule is that the longer the bar, the better the performance — you can see the league average in the middle, and the % is the percentile rank the player is in. The above viz shows the passing and progression stats in comparison to other midfielders in the UEFA Champions League. The player averaged 36.56 passes per 90 minutes and had an accuracy rate of 82.05%. He attempted more than six passes into the attacking third per 90 minutes. Overall, the player attempted 39 passes, and that included six crosses, six long passes, two smart passes, and one through pass. The player showed a variety of passes that he can attempt during matches. 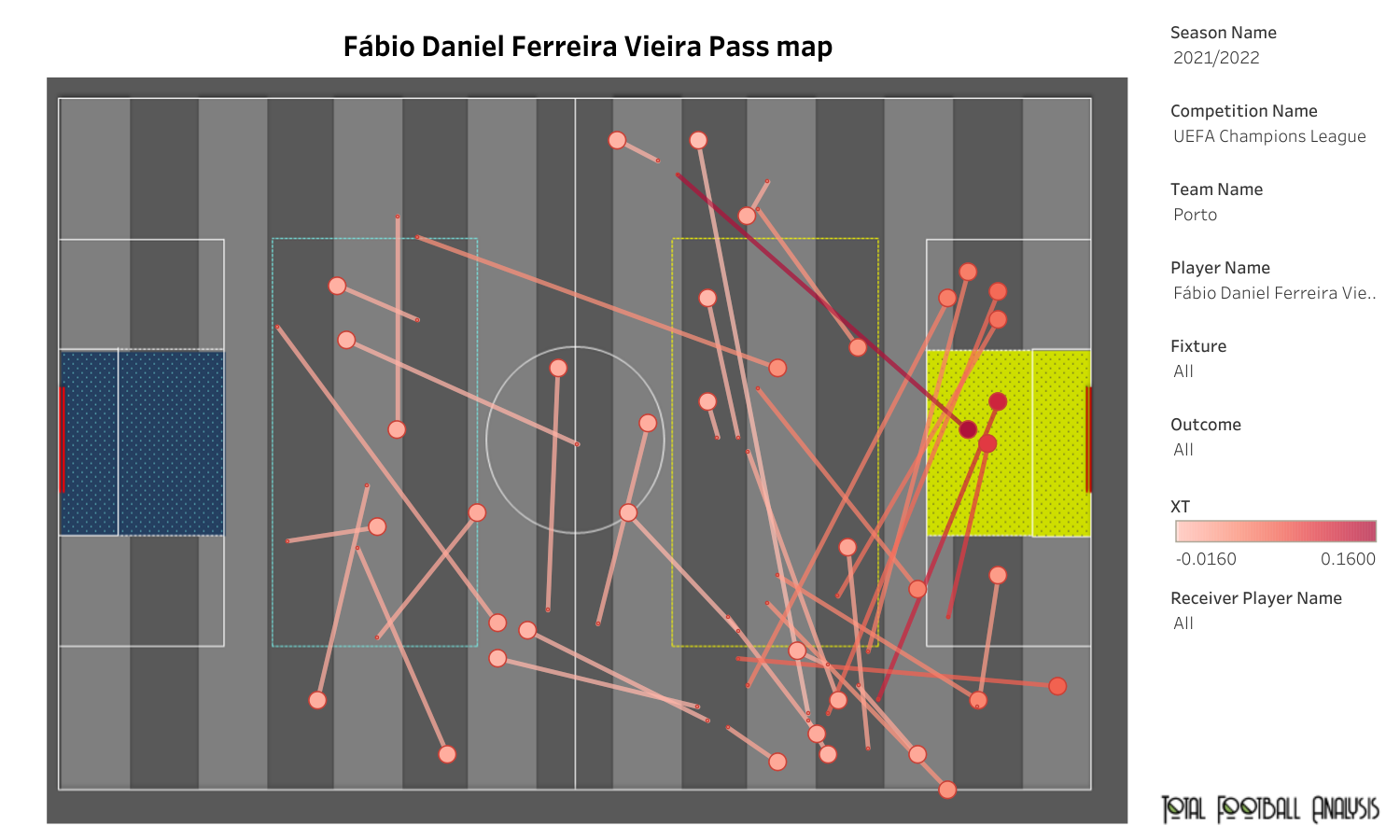 The above pass map shows all the passes that were attempted by Vieira. Some of the passes attempted by him landed inside the opposition’s penalty box. He created constant threats with the ball at his feet. It can also be observed that the midfielder played through the centre and sometimes, took wider positions to attempt passes. 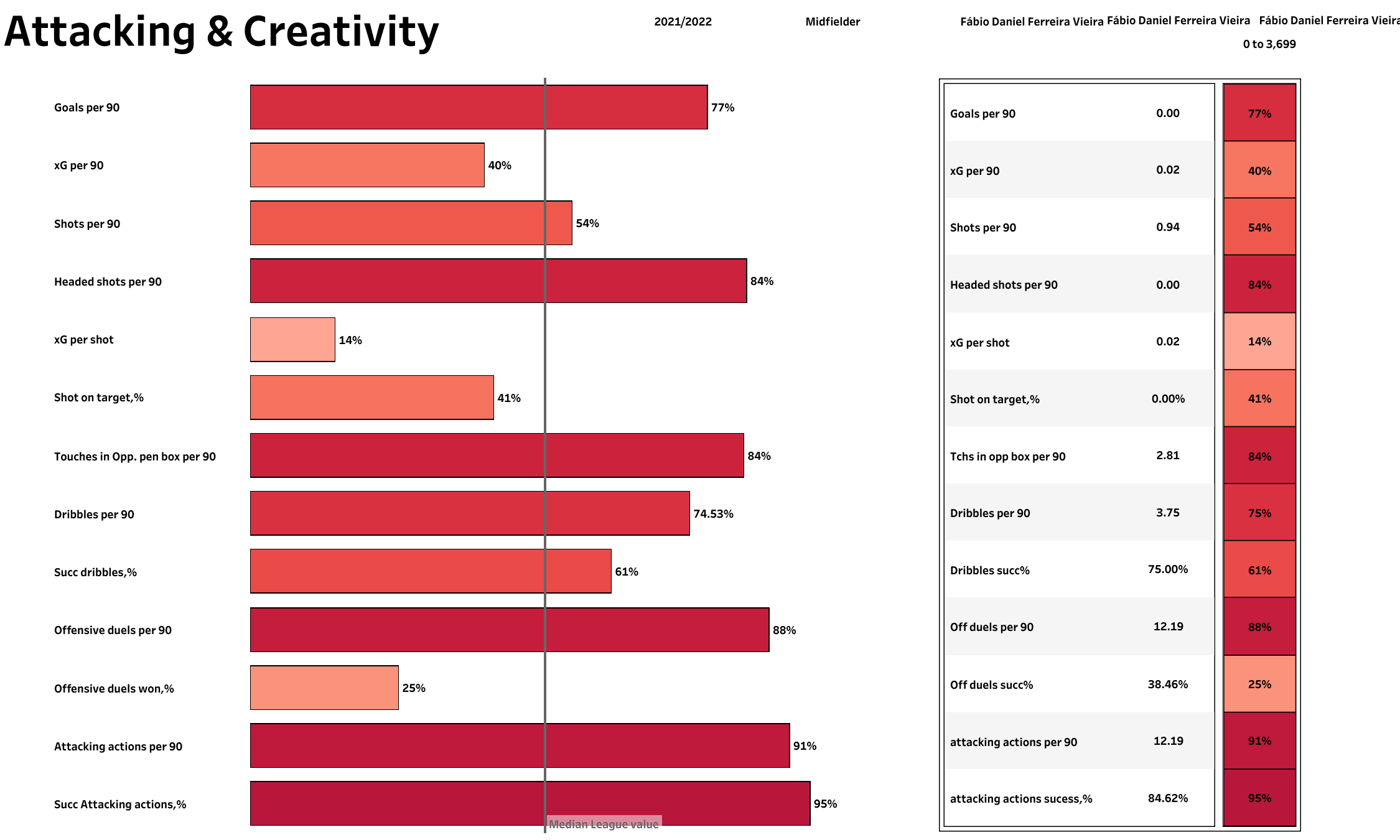 The above viz shows the attacking and creativity stats of the player. Vieira created 12.19 attacking actions per 90 minutes and had an 84.6% success rate. He took three touches inside the opposition’s penalty box and only attempted a single shot.

Fabio Vieira got limited game-time in the UEFA Champions League but was a constant threat towards the opposition goal. Leicester City will find it difficult to sign the player. He could be a great addition and can help to score goals.