Brendan Rodgers’ Leicester City have had a poor start to the English Premier League 2022/23 season. The Foxes gave away a two-goal lead in the first match against Brentford and had to settle for a single point. The opening weekend’s disappointment was followed by back-to-back defeats against Arsenal and Southampton. They have managed just a single point this campaign and sit in the relegation zone. Their defence has been leaky and has conceded eight goals, with an average of more than two goals per match. In return, they have scored five goals, including two each in the first two games. Their defence is a problem, but the biggest issue that Rodgers is facing is the form of his strikers. They have let him down this season and are yet to score a goal. The team is also lacking in the transfer window and are yet to sign a player.

Leicester City’s attack is still led by Jamie Vardy, with Kelechi Ineanacho and Patson Daka playing as the backup strikers in the team. The manager is finding it tough to get a goal out of these players this season. Leicester City have attempted 23 shots this season, and these three players have attempted a combined total of two shots. Vardy has started in every match and has attempted one shot, which was off target. Daka attempted the other shot, and that too was off target. 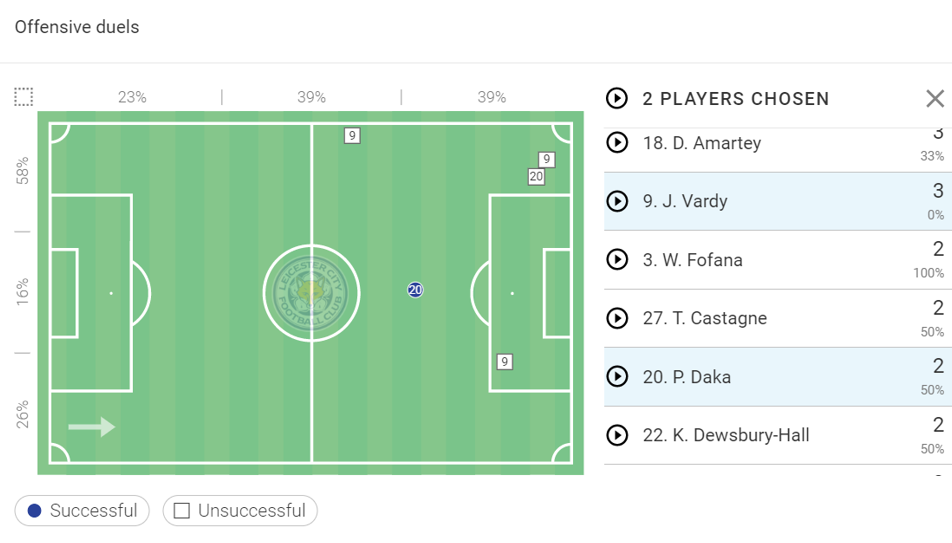 These forwards have also struggled to win the ball in crucial areas. They have a very poor win percentage for offensive duels. In the first match, Vardy and Daka contested five duels, with the latter winning one of his duels, and Vardy struggling to win any. 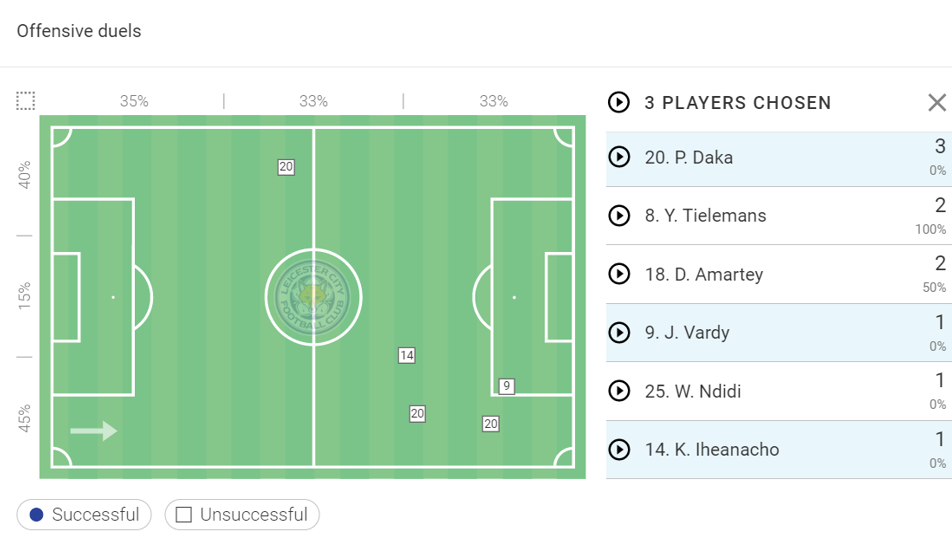 In the next match, these three players contested five duels and won none. 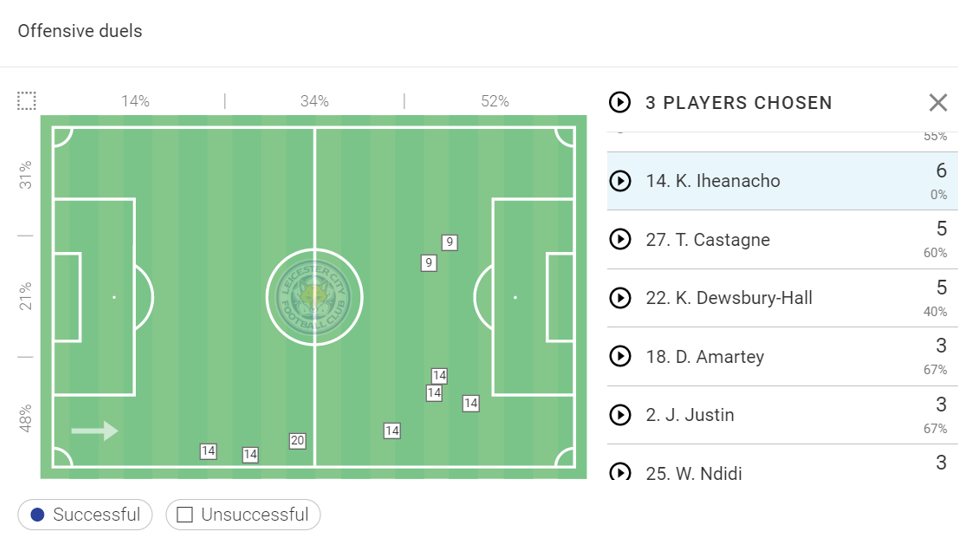 The last match saw even more struggles as these players failed to win nine offensive duels.

Vardy and Ineanacho have an assist to their name, but their struggles in the attack are the main concern. The goals have come from the midfield or the defence. Vardy averaged more than two shots per match last season, but this season, it looks like he is losing his touch. The other two strikers have come off the bench, and they too have failed to make an impact.

The struggles of the main goal scorers have given the manager a headache. He should now look to improve the attack by adding more players who could improve Leicester’s attack. They struggled last season, and this season, they are going in the same direction. As of now, Rodgers will expect these players to come up with a good performance in the weekend’s fixture against Chelsea.