Leicester City suffered back-to-back defeats in the English Premier League after going down 1-2 against Southampton. James Maddison scored from a direct free-kick to give his side a lead before Che Adams came off the bench and scored a brace to secure three points for his team.

How many smart passes did Leicester City attempt? How many recoveries did Southampton make in the attacking third? 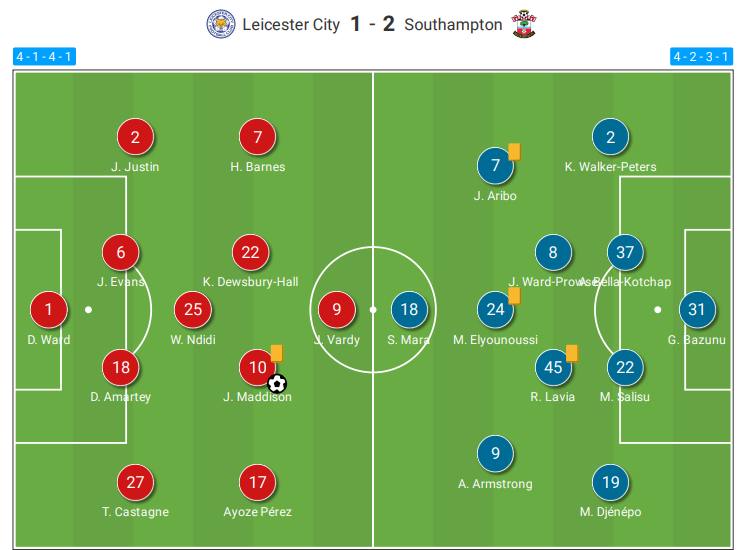